Authorities in the northeastern Indian state of Assam are preparing to publish a citizenship list on Saturday that aims to identify undocumented immigrants from Bangladesh amid fears millions could be excluded.

The list, known as the National Register of Citizens (NRC), is unique to Assam and was first prepared in 1951. It will include those whose names appear in the 1951 document and their descendants.

The list will also include those who have been on India’s electoral rolls up to March 24, 1971, or in any other document approved by the government.

Assam, with a population of 32 million people, is on a state of high alert and additional security forces have been deployed in anticipation of any law and order situation following the publication of the NRC list.

What happens to those excluded from NRC?

The government says those who do not find their names in the final list will be given the opportunity to prove their citizenship first in quasi-judicial courts – known as Foreign Tribunals (FT) – and subsequently in higher courts.

Those excluded won’t be considered foreigners until they exhaust all their legal options.

People will get 120 days to appeal, the government announced earlier this month. Up to 200 more FTs are being planned to be set up on top of the 100 already functional.

Will they die in prisons for the simple offence of crossing the border?

But rights activists say courts will be overwhelmed since the appeal period is short.

FT courts have been criticised for ex-parte judgments, a process of declaring people foreigners without trial. 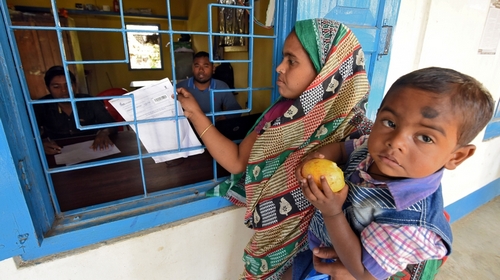 A woman carrying her son checks her name on the draft NRC list in Goalpara’s Chandamari village File: Anuwar Hazarika/Reuters

Human rights activists fear that the people who do not find their names in the list might face possible jail term or deportation, and their voting and other civil rights snatched away.

“If they do not win their cases in FTs, they government are going to put tens of thousands in detention centres. Do you want to create these kinds of concentration camps?” Chakma asked.

India has not raised the issue of deportation with Bangladesh and activists fear people might be held “indefinitely” in detention centres.

“Will they die in prisons for the simple offence of crossing the border?” asked Chakma. “It’s a failure of the entire justice system.”

Experts believe that the NRC list to be published on August 31 will resolve the issue of undocumented immigrants in Assam.

“There was a broad consensus that this NRC is going to be a panacea to this a long-standing problem,” Sushanta Talukdar, a senior journalist based in Guwahati, told Al Jazeera.

Talukdar said the NRC will put a stop to the harassment of people in the name of identifying migrants and also address the fears of local people who believe they are being outnumbered by foreigners.

But he said the issues of inclusion of genuine citizens and exclusion of migrants will remain since determining the citizenship of an individual is a complicated exercise.

The NRC process has faced criticism for allowing third-party objections, which means people who figured in the 2018 draft list were again asked to furnish documents after objections from unknown persons.

People have also complained of harassment during the document submission and verification process. 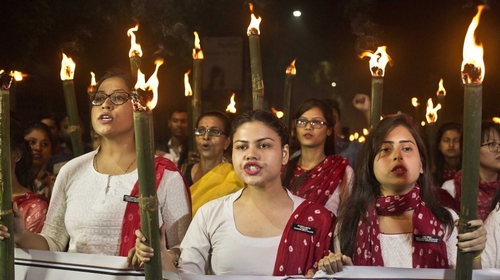 India’s powerful Home Minister, Amit Shah, who wants to implement the NRC at the national level, once dubbed the migrants as termites, a remark later defended by a BJP leader in an Al Jazeera show.

But the BJP, which has accused the previous governments of failing to check migration, has denied that the party was targeting Muslims.

The state of Assam, which borders Muslim-majority Bangladesh, has historically witnessed migration first under the British colonial rule.

The massive arrival of Bangladeshi refugees, both Hindus and Muslims, during the 1971 war for the liberation of Bangladesh sparked violent anti-migrant agitations called the Assam Movement.

The movement ended after the protesters, led by the All Assam Students Union (AASU), signed a deal with India’s central government in 1985, which was dubbed the Assam Accord.

The agreement set March 24, 1971 as the cut-off date for people to be considered for Indian citizenship.

It also called for the detection and deportation of undocumented immigrants. But that process faltered due to legal hurdles.

Since 2015, the NRC body had been tasked with identifying Assam’s undocumented immigrants.

Concerns are being raised on the BJP’s plans to grant citizenship to Hindu immigrants, who will be excluded from the NRC list.

The Modi government plans to change the citizenship law to allow Hindu migrants to seek Indian citizenship, a step journalist Talukdar said will “defeat the purpose of NRC”.

Hezbollah chief: ‘We will down Israeli drones in Lebanon skies’

I want people to see me as a wrestler, not just some hijab girl