Doha, Qatar – Qatar has inaugurated a new naval base in the country’s northeast that will function as the headquarters of its coastguard and play a part in Doha’s strategic vision of development and security.

The base will also assist in international efforts to maintain security in the Gulf, according to Qatari officials Ali Younes/Al Jazeera

“Through this base, we will now be better equipped to address maritime security, combat illegal immigration, carry out search and rescue, and provide protection to the nation’s strategic offshore assets such as oil and gas facilities,” General Abdel Aziz Abdullah al Ansari, the head of the Department of International Cooperation at Qatar’s Interior Ministry, told Al Jazeera. 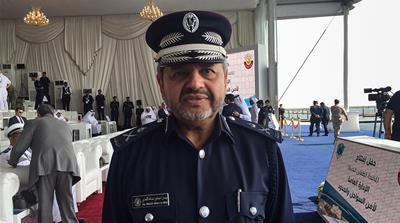 “The coastguards operate several stations and substations patrolling the entire Qatar coast and the new base will house their command and control operations as well as training.”

In increasing Qatar’s maritime capabilities, the base will also be a key element in regional cooperation between Qatar and other Gulf Cooperation Council (GCC) nations, especially Oman and Kuwait, whose commanding naval and coastguard officers also attend the inauguration.

The base will also assist in international efforts to maintain security in the Gulf, according to Qatari officials.

Vice Admiral James Malloy, the commander of the US Fifth Fleet headquartered in Bahrain, who attended the event, said it will be “beneficial to increase the coastguard and naval capabilities of Qatar”.

Today, we witnessed the inauguration of Al Daayen Naval Base & the launch of new naval boats for the General Directorate of Coasts and Borders Security. A milestone for strengthening the security strategy of our country and meeting the requirements of maritime security in #Qatar. pic.twitter.com/1o6oUkwuCg