A Nigerian Shia organisation said at least 20 of its members have been killed this week during a series of protests in the capital, Abuja, against the detention of its leader. 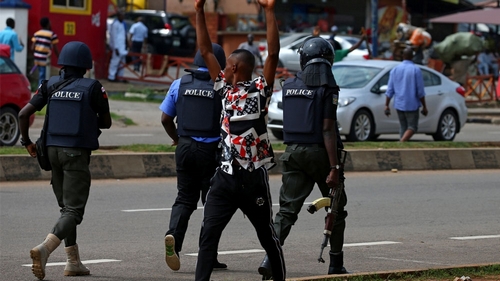 Three more members of the Islamic Movement in Nigeria (IMN) died in detention on Wednesday from bullet wounds they sustained, group spokesperson Ibrahim Musa said in a statement on Friday, raising the toll to 20 since Monday.

No official death toll has been released by the police.

Members of the IMN have been marching in the capital demanding the release of their leader Ibrahim el-Zakzaky, in detention since 2015, following reports that both he and his wife – who is held along with him – are in poor health.

Nigerian police met the protests with gunfire and tear gas. A journalist and a senior police officer also died after Monday’s march.

“More might die in police custody, because there are at least 15 people who are in the detention centre with various degrees of bullet wounds and without medication,” said Musa, adding that the detainees include women and a 10-year-old boy with a leg shot wound.

He called on the police to hand over the wounded so “at least their lives can be saved”.

The Inspector General of Police, IGP M.A Adamu, NPM, mni has ordered the immediate beef-up of security in all the States of the Federation including the FCT, Abuja. This is in the face of series of violent protest and unrest by members of the El-zazakky group in the FCT.

Police said on Friday they beefed up security across the country in the face of the ongoing protests, which they say are violent and unruly.

They “advised all would-be protesters to ensure they express their grievances within the ambit of the law so as not to infringe on the constitutional rights of other citizens or cause breach of public peace”, according to the statement.

‘Excessive use of force’

El-Zakzaky has been held in detention since December 2015 when the army killed almost 350 of his followers at his compound and a nearby mosque and burial ground in northern Kaduna state.

He faces trial on charges of murder, culpable homicide, unlawful assembly, disruption of public peace and other offences following the 2015 violence. He has pleaded not guilty.

The latest round of protests and the ensuing deadly crackdown has raised concerns, with rights groups calling for an investigation into the killings.

“The Nigerian police’s apparent rush to use firearms against Shia movement protesters is unlawful and counterproductive,” said Anietie Ewang, Nigeria researcher at Human Rights Watch, in a statement on Wednesday.

“The authorities should bring an end to their violent crackdown on the Shia Islamic Movement in Nigeria, and investigate the excessive use of force by the police,” she added.

The group, which represents Nigeria’s minority Shia Muslims, says it will continue protesting until it secures the release of el-Zakzaky, an Islamic scholar who founded the IMN in the late 1970s.

A number of court orders instructing the current government to release him and his wife have gone unheeded.