Famed Argentine architect Cesar Pelli, known for designing some of the world’s tallest and most iconic buildings, has passed away at the age of 92.

A senior associate architect at Pelli’s Connecticut studio, Anibal Bellomio, confirmed on Saturday that Pelli died peacefully on Friday at his home in New Haven. 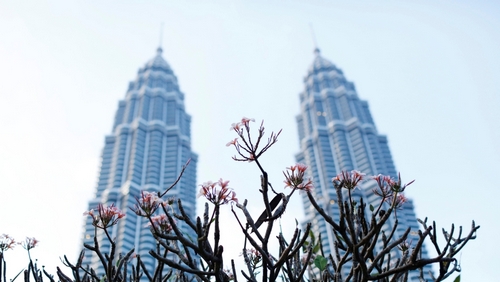 “With much regret we receive the sad news of the death of the great architect Cesar Pelli,” Juan Manzur, governor of Argentina’s Tucuman province, where Pelli grew up, said on Twitter.

“He was without doubt a creator and his legacy will endure forever in each of his works.”

The 1,483-foot-tall Petronas Towers in Kuala Lumpur, Malaysia, is one of Pelli’s best-known works.

His other works include designing the Salesforce Tower in San Francisco and Brookfield Place, formerly the World Financial Center, a skyscraper complex located in Manhattan, New York.

Cesar Pelli was best known for designing the Petronas Towers in Kuala Lumpur, one of the tallest buildings in the world. Olivia Harris/Reuters

‘Pride for all Argentines’

The Argentine was born on October 12, 1926, in San Miguel de Tucuman, a small city located in the northern part of Argentina where his father was a civil servant and mother a school teacher.

He was a graduate of Tucuman University and moved to the United States in 1952, settling in New Haven, Connecticut.

Pelli was the former dean of the Yale University School of Architecture and a lecturer at the school.

He received numerous awards in his career, including the Aga Khan Award in Architecture in 2004 for designing the Petronas Towers.

Leading the tributes was Argentina’s President Mauricio Macri, who tweeted that Pelli’s legacy was “a pride for all Argentines”.

“I am saddened to hear the passing of Mr. Cesar Pelli, the great architect who designed the KLCC Twin Towers in Malaysia. My condolences to his family and friends,” he tweeted.

I am saddened to hear the passing of Mr. César Pelli, the great architect who designed the KLCC Twin Towers in Malaysia. My condolences to his family and friends. pic.twitter.com/9K2IM7wTa8