A Turkish banker convicted for plotting to help Iran evade United States sanctions on Iranian oil proceeds has arrived in Istanbul, according to state media in Turkey. 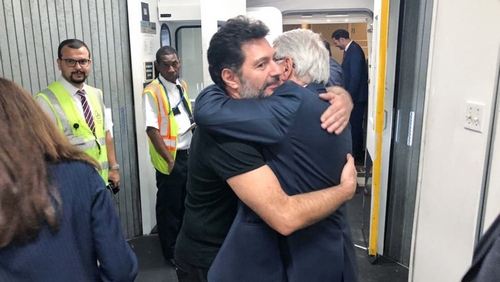 The former deputy director-general of Turkish lender Halkbank was arrested in March 2017 and convicted the following year on five counts of bank fraud and conspiracy following a five-week trial in New York.

He was sentenced to 32 months in prison, but was released from prison early, on July 19, due to good behaviour. Prosecutors had wanted a 20-year sentence for the 48-year-old banker.

Atilla claimed that he had only played a minor role in the scheme and acted as executor of instructions by the bank’s director- general – an argument accepted by the court.

His conviction hinged on the testimony of Turkish-Iranian gold trader Reza Zarrab, who was arrested by US authorities in 2016 after flying to Florida for a family holiday.

Zarrab, 34, initially pleaded not guilty but later flipped, becoming a US government witness after admitting being involved in the multibillion-dollar gold-for-oil scheme to subvert US economic sanctions against Iran.

His testimony identified Atilla as a key organiser in the scheme, but also implicated former Turkish ministers and even President Recep Tayyip Erdogan.

Testifying in court last November, Zarrab alleged he was told that Erdogan, as prime minister in 2012, and then-Treasury Minister Ali Babacan authorised two public banks to take part in the scheme.

Erdogan has repeatedly rejected the allegations, saying Turkey did not violate the US embargo on Iran and that political rivals were behind the case.

Zarrab’s sentence is not known, as many of the documents in his case have remained confidential.