According to Indian media, more than 4,500 young women in Beed have had potentially unnecessary hysterectomies over the past three years.

Despite national awareness campaigns, menstruation is still a taboo subject in India and impoverished people are most at risk File: Reuters

Maharashtra state, India – Pushpa, a farmer and mother of two, was 26 when she experienced heavy bleeding during her period and abdominal pain.

She took medicine for two years until a doctor advised a more serious “cure”.

She soon became one of the many women in the villages of Beed district, which is in the Indian state of Maharashtra, to undergo a surgical procedure to remove her womb.

“It was not an easy decision to make. But my husband encouraged me to do it, because the pain affected my work. The hysterectomy caused some hormonal imbalance and I put on weight,” said Pushpa, who is now 37.

Activists and studies surveying affected women say there are socioeconomic reasons behind this phenomenon.

They claim that women are becoming “womb-less”, whether voluntarily or coerced, for two main reasons.

The first is that doctors are exploiting them, scaring them into believing that the expensive surgery is necessary and, therefore, turning a profit. The second is because of a perception that menstruation hinders work.

Beed is a drought-prone area, where sugar cane cutting is the main source of income.

During cane-cutting season, October to March, the women often rise at 4am to make food for their family. The working day then begins at 6am and ends at around sunset, 6:30pm.

Given the water shortage, work is scarce. We cannot afford to lose it over our female problems.

Vrandavani Sandeep, farmer who had a hysterectomy two years ago

Field work is rigorous and requires upper body strength. After the cane is cut, it is tied together. The women carry the loads on their heads.

If they need to urinate, they usually do it in the fields because longer breaks incur a fine.

Rukhmini Tandale, a 45-year-old cane cutter from Vajrantwadi village, went to a doctor in November 2018 in Beed city, and like Pushpa complained of abdominal pain.

The doctor told her having a hysterectomy would prevent cancer.

“I did think that an operation might just be a way to extract more money, but I didn’t want to take a chance,” she told Al Jazeera.

Almost 30km away, in Hajipur village, Lata Magar, another victim, said: “It was better to invest in operation at once than keep spending over medicines.”

Women are often made to believe that their uterus is of no use after childbirth and are rushed into unnecessary surgeries.

“Some unethical clinics, whose main purpose is maximising business, advise hysterectomies by telling women that their ailment may turn cancerous. But unnecessary hysterectomies may also lead to other health issues,” said Dr Shashikant Ahankari, president of the HALO Medical Foundation in Maharashtra. 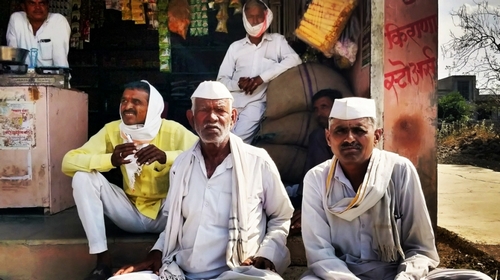 Eknath Devrao and Lakshman Sonawne are contractors for sugarcane farmers in Beed district. They usually employ a couple in a field and claim that they have never asked a woman to have her womb removed in order to boost productivity Devyani Nighoskar/Al Jazeera

Usha Raosaheb is a community health worker, known as an “ASHA sister”, appointed by the government’s Ministry of Health and Family Welfare, in Vajrantwadi village.

She countered the women’s claims, telling Al Jazeera: “There may be some greedy doctors, but I know several women who undergo hysterectomies to become employable by contractors or more productive in their fields.”

Farmers in Beed are usually hired by a contractor, who employs couples as one unit.

Women who have a “pishvi”, which means bag but is used to refer to a uterus, are seen as less employable.

Contractors employ the couple for a year and pay them an advance of about 1,50,000 rupees ($2,175). To earn it back, the women need to show up to work every day and some voluntarily undergo a hysterectomy to avoid their routine being impacted by their periods.

Bajinder Maan, a labour rights lawyer in Delhi, told Al Jazeera that he feared the women’s human rights were being violated.

“They can certainly avail justice from the labour laws office in their district if they feel that their employers or contractors are forcing them into surgery, or showing a bias towards those women who have had a hysterectomy,” he told Al Jazeera. “However, it may be challenging for the women to prove this claim in the civil courts because they are part of an informal industry, with no workable documents to establish the contractual relationship.

“Being part of a district farmer’s union, affiliated to a political party, makes it easy to get redressals for such grievances.” 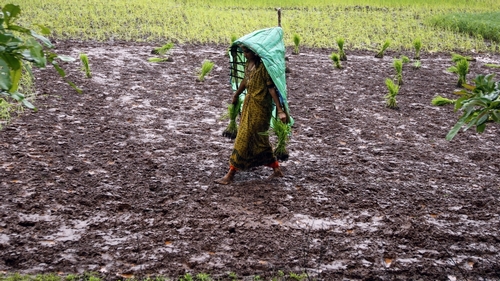 More than 4,500 young women in Beed are believed to have undergone early and possibly unnecessary hysterectomies File: Amit Dave/Reuters

“Given the water shortage, work is scarce. We cannot afford to lose it over our female problems,” she told Al Jazeera.

Several women in the villages of Beed district referred to their “female problems”, a euphemism for menstruation – still largely a taboo subject in rural India.

Periods are viewed by some sections of society as making women impure, and they are banished to live in menstruation huts.

They can’t enter temples or kitchens, and can’t touch anyone.

While several of these “traditions” are still practised in India, the subject has entered the national discourse with campaigns such as Menstrupedia and Girls Glory, along with the release of the commercial Bollywood movie Padman and the Oscar-winning documentary Period-End of Sentence.

Usha, the community health worker, said: “Taboos are being shattered through awareness programmes. Though, we still have a long way to go when it comes to basic hygiene, access to proper drinking water and nutrition.”

I encourage my wife and daughter to talk to me. I lost my sister to uterine cancer because she kept the problem to herself.

Through ASHA sisters, women in rural India are meant to have easier access to free pads.

But women in Beed villages complain that this has not been the case.

Radha Mugle, a 28-year-old from Hajipur who is preparing to have her womb removed, said: “The ASHA sisters hardly receive stock and it’s difficult for us to be able to afford it ourselves.”

Reflecting on her own hysterectomy, 60-year-old Gayabai Mugle said: “I was unable to get up during my period and would often get infections.”

Sitting on a charpoy in a thatched hut, she now understands that these complications may have been because she used cloth instead of a sanitary pad – something that is still practised in several pockets of the country, and because she was unable to discuss her menstrual ailments with anyone.

However, the conversation around menstruation has begun in some parts of Beed.

“I encourage my wife and daughter to talk to me. I lost my sister to uterine cancer because she kept the problem to herself,” said Udhovitthal Kute, a 43-year-old farmer from Vajarantwadi, whose wife Ayodhya had a hysterectomy two years ago. 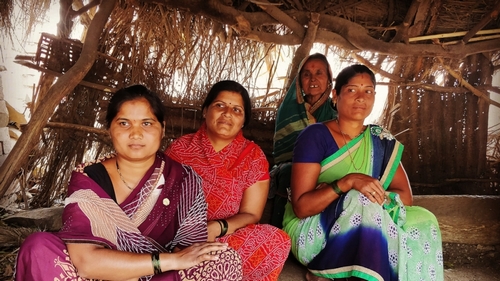 Gayabai Mugle, 60, with poses with her daughters-in-law. She was unaware that using a piece of cloth during menstruation instead of a sanitary pad caused infections. Devyani Nighoskar/Al Jazeera

The National Commission of Women has alerted Maharashtra Chief Secretary UPS Madan, following a report in The Hindu Business Line, calling for legal action to “end the menace of womb removal”.

A special committee was formed on June 18 under the Maharashtra legislative assembly.

“The seven-member committee comprises of doctors, health workers, researchers and human right activists. The committee would be carrying out surveys and formulating a plan to put an end to this practice. The report is anticipated in mid-August,” said Dr Radhakishan Pawar, district health officer from Beed district.

Education seems to be lacking in Beed.

Most women in Beed quit school after they hit puberty. Some are forced to because their families can no longer afford the fees.

With no other skills or schemes directed towards women, they start helping out on the farms.

Manisha Tokle, a women’s rights activist from Beed, said: “This is a serious matter and one solution for it is to make women aware of their bodies.

“Women who have undergone hysterectomies need to be provided follow up sessions.”

Dwarka Sandeepan, 40, a cane-cutter in Umrad Jahagir village is the only married woman in her family who has not had a hysterectomy.

“We need more employment schemes for women,” she said. “Education is a must, too. How else will we know of our rights?”