Gaza’s growing humanitarian crisis is finally registering in Israel as a pressing problem requiring “clear and immediate” action. However, it is not the impact of the crisis on the population of Gaza that is sounding the alarm bells in Tel Aviv, but the potential environmental damage Gaza’s ongoing misery may cause Israel. 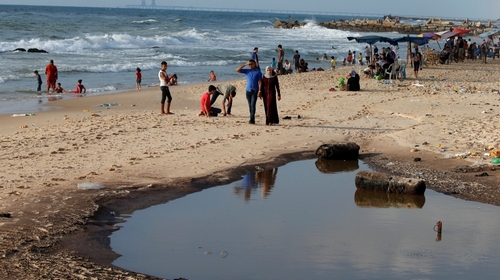 Palestinians walk past a pool of sewage on a beach in the northern Gaza Strip July 13, 2018 File:Mohammed Salem/Reuters

On June 3, researchers from Israel’s Tel Aviv and Ben-Gurion universities presented a report, commissioned by the environmental organisation EcoPeace Middle East, in which they warned that “the collapsing water, sewage and electricity infrastructure in the Gaza Strip pose a material danger to Israel’s groundwater, seawater, beaches and desalination plants.”

One would expect any report on the environmental situation in Gaza to focus on the fact that nearly two million Palestinians in the Strip are living in inhumane conditions due to a relentless 12-year Israeli blockade and repeated devastating military assaults, which are rending the area “uninhabitable by 2020“.

Instead, the report has implied that the local residents are solely responsible for the imminent environmental catastrophe in Gaza which is threatening the security and wellbeing of Israeli citizens. Israeli newspaper Haaretz, which published a detailed report on the presentation, also spun the issue as a matter of national security.

But what Israel has now identified as a “national security problem” is indeed a disaster of its own making. The occupation, colonisation, dispossession and aggression against Palestine and the Palestinians have caused so much environmental damage that now even the Israeli occupier is suffering.

The environmental situation in Gaza is indeed dire at the moment, but it is not the Palestinians who made it so. Neither the “rapid population growth”, nor neglect or ignorance of local residents that are its root causes. Countless reports by the United Nations and other organisations have documented in detail how and why the main culprit is Israel, its violent assaults on Gaza and its merciless siege.

Take the problem of untreated sewage ending up in the sea, which is causing problems for Israeli beach-goers and water desalination plants. The reason why Gaza’s sewage is getting disposed of in this “irresponsible” way is that water treatment plants are not operational; they were targeted in the 2014 Israeli assault on the Strip and were never rebuilt because the Israeli siege does not allow for construction materials and spare parts to be brought in.

Untreated sewage is part of the larger water crisis in Gaza. As the report rightly points out, Gaza residents are overusing the aquifer under the Strip, which has become increasingly contaminated with sea water and chemicals and which constitutes the only source of fresh water for local residents because of the involuntary separation between the West Bank.

The reason why Palestinians in Gaza are unable to establish a proper water management system is again not their fault. Israel has repeatedly bombed its water infrastructure, including water pipes, wells and other facilities, and the debilitating Israeli siege has prevented the local authorities from fixing it and building a water desalination plant.

Gaza’s water problem is not only an annoyance for the Israelis, but a potential source of an epidemic for the Palestinians. Already diarrheal diseases have doubled, reaching epidemic levels, according to the Palestinian Ministry of Health, while salmonella and typhoid fever are also on the rise.

Then there is the problem with rubbish, which Palestinians are burning and hence “polluting Israeli air”. As Cambridge University academic Ramy Salemdeeb has pointed out, Gaza has been unable to develop a proper waste management system because of economic restrictions due to the Israeli siege and a “limited land availability” because of its isolation from the rest of the occupied Palestinian territories.

What the Israeli report does not mention is that beyond sewage and rubbish problems, Gaza is also suffering from a variety of other environmental disasters, which are again linked to the Israeli occupation and aggression against the Palestinians.

The Israeli army regularly sprays herbicide on Palestinian arable land close to the fence separating the besieged territory from Israel. The chemical it uses most often is glyphosate, which has been proven to cause cancer. According to the Red Cross, these activities not only damage Palestinian crops but also contaminate the soil and water.

Israel’s repeated bouts of heavy bombardment of the Strip have also contributed to pollution. There is evidence that the Israeli army has used depleted uranium and white phosphorus in its assaults on Gaza, which not only cause immediate harm to civilian populations but also remain a source of health risk long after the bombardment has stopped.

Likewise, weapons used in Israeli military operations have contaminated the environment in Gaza with heavy metals like tungsten, mercury, cobalt, barium, and cadmium, which are known to cause cancer, birth defects, infertility, etc.

That Israel, which prides itself on supposedly “making the desert bloom” is responsible for a major environmental disaster in that same “desert” is hardly surprising. Given that it is a settler-colonial project, the (over)exploitation of the colonised land to the detriment of the environment and the local population is naturally a part of its modus operandi.

Indeed, all the land Israel has taken and occupied has suffered from environmental degradation in one way or another, with its harmful effects being conveniently shifted towards Palestinians land, villages and cities.

Israel’s aggressive settlement-building practices have not only uprooted, segregated and dispossessed hundreds of thousands of Palestinians, but have also harmed the environment. They have led to excessive consumption of water, which has not only diminished significantly the access to water for Palestinians – leading some to talk about “water apartheid”, but it has also depleted water resources in general. Aggressive use of water for agriculture – much of it run by illegal settlers in the West Bank – has led to the depletion of aquifers and a sharp decline in water levels in the Sea of Galilee and the Jordan River.

Israel is also polluting Palestinian land by literally using it as a dumping ground. It has been estimated that some 80 percent of the rubbish generated by Israeli settlements is being dumped in the West Bank. Various Israeli industries and the army are also known to discard toxic waste on Palestinian land.

Furthermore, over the past few years, Israel has systematically moved polluting factories to the West Bank. It has done so by building so-called “industrial zones” which not only use cheap Palestinian labour, but also release their toxic byproducts into the environment without regard to the wellbeing of Palestinians living nearby.

Israel has also continued its decade-long practice of uprooting Palestinian olive and fruit tree groves. This strategy, meant to sever the connection Palestinians have to their land, has not only resulted in the loss of livelihood for thousands of Palestinian farmers, but also caused soil erosion and accelerated desertification of parts of occupied Palestine.

All of these activities damaging the environment in which the Palestinian people live are accumulating over time. Today they are endangering Palestinian lives, but tomorrow they will threaten Israeli lives as well.

If Israel continues to treat the issue as a “security problem” it will never get resolved because at the heart of it is the destructive logic of a colonial enterprise which seeks to exploit both land and people with no regard for nature and human wellbeing.

In other words, Israel will never achieve security – environmental or otherwise – as long as it continues to oppress the Palestinians, occupy their land and ravage the environment. Israeli air, water and overall environment will never be immune from the Israeli-made disasters in occupied Palestine.

The views expressed in this article are the authors’ own and do not necessarily reflect Al Jazeera’s editorial stance. 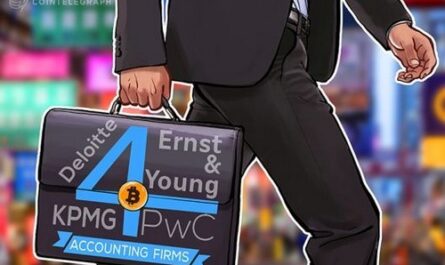