In December last year, the Switzerland based immunisation alliance had announced that it had made arrangements to access nearly two billion doses of the coronavirus vaccine candidate on behalf of 190 participating economies – 98 higher-income countries and 92 low and middle-income economies.

North Korea, despite not having reported a single case of coronavirus, has requested for the vaccine from the global group that is helping developing countries increase their access to immunisation, reported The Wall Street Journal.

However, Gavi, the Vaccine Alliance, has not issued a statement on the matter.

The alliance is expected to deliver 1.3 billion donor-funded doses of approved vaccines in 2021 to the 92 low and middle-income economies eligible for the Covid-19 vaccines global access facility. 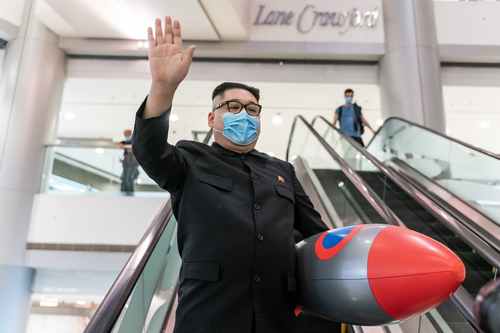 The alliance, of which North Korea is a part, has so far signed an agreement with AstraZeneca for 170 million doses and memorandum of understanding with Johnson & Johnson for 500 million doses.

Subject to the regulatory approvals, the first deliveries are expected to begin in the first quarter of 2021.

Meanwhile, the Kim Jong Un regime has denied having a single case of coronavirus despite testing thousands of suspected cases, a claim many find hard to believe.

In fact, earlier in March, South China Morning Post reported about nearly 200 North Korean soldiers of dying from the coronavirus and thousands of others being quarantined, even as the leadership maintained the official stance of not being hit by the pandemic.

The country tightened its border and banned international travel late in January last year, in the wake of the pandemic, to spare its fragile health infrastructure.

The country also took increasingly harsh measures to stop the novel virus from entering into the country, including executing an official for violating the pandemic related quarantine rules.