The withdrawal is being seen by the Kurdish-spearheaded Syrian Democratic Forces in the region, which were key in a US-led campaign against ISIL, as leaving them open to attacks by Turkey.

The United States’s decision to pull out troops from northern Syria’s border with Turkey has cleared the way for Ankara to launch a long-threatened military operation.

Ankara has long made it clear it wants to clear the border area from “terrorist elements”. Washington said it “will not support or be involved” in such an operation but also its forces “will no longer be in the immediate area”.

As Turkey’s move looms, here’s what you need to know.

It says the measure is needed for two main reasons: to allow Turkish troops to combat the Kurdish People’s Protection Units (YPG) armed group, which is the main component of the SDF, and create the conditions needed for the return of Syrian refugees.

Ankara views the YPG armed group as an extension of the Kurdistan Workers’ Party (PKK) and wants to drive the group away from Turkey’s border with Syria.

The PKK has waged a decades-long armed campaign for autonomy in Turkey. It has been designated a “terrorist” organisation by Turkey, the US and the European Union.

“We believe it’s in the interest of Syria’s territorial integrity and in the Syrian people, as well as Turkey’s national interest, to establish this safe zone, because that area has become over the last two, three years, a safe haven for PKK terrorists,” Ibrahim Kalin, a spokesman for the Turkish presidency, told Al Jazeera on Monday.

Ankara also sees the “safe zone” as a space inside Syria where some two million of the more than 3.6 million refugees currently residing in Turkey can be returned to.

Turkey’s hosting of the refugees has increasingly become a political flashpoint in the country, which is mired in a major economic slump.

How far could Turkey go?

Syria’s northeastern border region with Turkey stretches 480km (300 miles) from the Euphrates River in the west all the way to the Iraq border in the east. The area is currently controlled by the SDF. 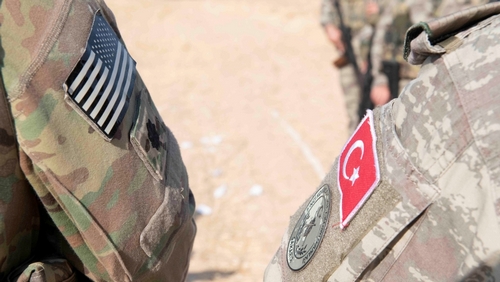 Turkey is yet to reveal the exact scope of its planned incursion. It had previously suggested it would carry out military operations east of the Euphrates, prior to agreeing in early August on the so-called “safe zone” plan with the US, under which Kurdish forces would be pulled back from the Turkey-Syria border.

For now, Ankara’s plans could focus on a stretch of territory about 100km (60 miles) wide along Syria’s border with Turkey between the towns of Ras al-Ain and Tel Abyad, from where the YPG withdrew in late August.

On Monday, a US official told Reuters News Agency that US forces had already pulled out from border posts in the thinly populated area, which has historically had a strong Arab presence.

Turkish President Recep Tayyip Erdogan has also mooted pushing deeper beyond the proposed “safe zone” to the Syrian cities of Raqqa and Deir Az Zor, potentially allowing for a greater number of Syrian refugees to be returned from Turkey.

What does this mean for Syria’s Kurds?

The SDF spearheaded the US-led campaign that defeated the Islamic State of Iraq and the Levant (ISIL, or ISIS) armed group in Syria earlier this year.

But the US’ decision to withdraw its troops from the region has left the 60,000-strong force increasingly isolated and now seemingly locked in Ankara’s sights.

The SDF on Monday called Washington’s move “a stab in the back” but it pledged to “defend our land at all costs” despite the departure of its one-time backer’s forces.

US President Donald Trump, for his part, said on Monday the Kurdish forces were “paid massive amounts of money and equipment” to ally with the US in the fight against ISIL and warned they would now have to “figure out the situation… in their neighbourhood” alongside other actors including Turkey, Syria, Iran and Iraq.

The US leader last year called the Syrian Kurds “great fighters” and heralded the sacrifices they had made in the fight against ISIL.

“We are trying to help them a lot. Don’t forget that’s their territory. They fought with us, they died with us, we lost tens of thousands of Kurds fighting ISIS. They’re great people and we have not forgotten,” Trump told reporters in September 2018.

Washington has also said Turkey will be responsible for all suspected ISIL fighters captured during the battle against the armed group. The SDF is currently holding 12,000 such individuals in several detention facilities spread across northern Syria, as well as some 58,000 family members, according to reports.

“We will not tolerate Daesh to come back in any form or shape, whether in Syria, Iraq or somewhere else,” Kalin told Al Jazeera, using an Arabic acronym for ISIL. “But let’s remember, this is not one country’s responsibility. It is the international community’s responsibility.”

What has the reaction been?

Later on Monday, Trump warned Turkey against overreach in northern Syria, threatening to “destroy and obliterate” its economy if Ankara went “off-limits”.

As I have stated strongly before, and just to reiterate, if Turkey does anything that I, in my great and unmatched wisdom, consider to be off limits, I will totally destroy and obliterate the Economy of Turkey (I’ve done before!). They must, with Europe and others, watch over…

US defence officials, meanwhile, also made clear that Washington does not support Turkey’s planned offensive. 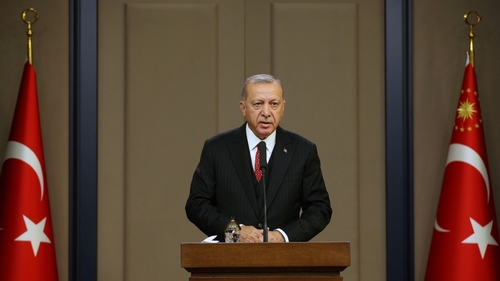 “The Department of Defense made clear to Turkey – as did the President – that we do not endorse a Turkish operation in Northern Syria,” Pentagon spokesman Jonathan Hoffman said in a statement on Monday. “The US Armed Forces will not support, or be involved in any such operation,” he added.

For its part, the United Nations said it was “preparing for the worst” and expressed alarm over Turkey’s “safe zone” plan.

“The safe zone concept is one that we have a bitter history with and actually we never promote or encourage,” said Panos Moumtzis, the UN’s regional humanitarian coordinator for the Syria crisis.

“We don’t think it is something that had worked for the United Nations, keeping in mind Srebrenica and what had happened in the past,” he added, referring to the killing by Serbian troops of some 8,000 Bosniak men and boys in 1995 in a UN-declared “safe zone”.

Syria and Russia, the two main military backers of Syrian President Bashar al-Assad, meanwhile called for the country’s territorial integrity to be preserved.

Kremlin spokesman Dmitry Peskov said on Monday that all foreign military forces “with illegal presence” should leave Syria, while Iranian Foreign Minister Mohammad Javad Zarif said peace in the country would only be achieved through “respect for its territorial integrity”.

US is an irrelevant occupier in Syria-futile to seek its permission or rely on it for security.

Achieving peace & fighting terror in Syria will only succeed thru respect for its territorial integrity & its people.

Indian Sikhs not to mention historic pilgrimage to Pakistan