Fitness queen Ashy Bines has come under fire for sharing a story about a woman who claimed she’d beaten cancer after following her meal plans.

Appearing in her Snapchat story, the Instagram star said a Los Angeles fan had told her she believed her fitness regimen helped ‘cured’ her disease.

The Gold Coast mother-of-one was filled with delight after hearing stories about how she might have impacted the life of others. 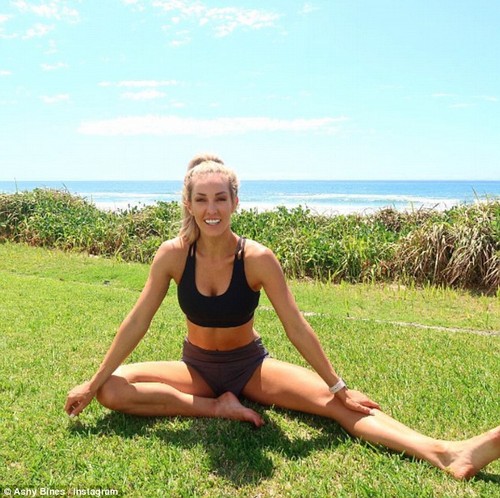 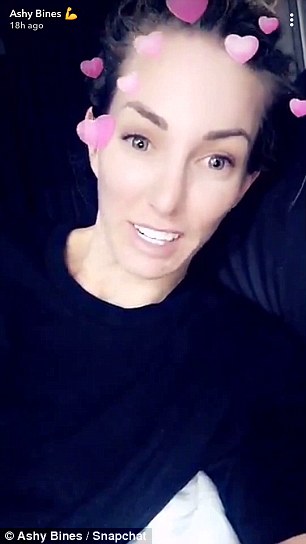 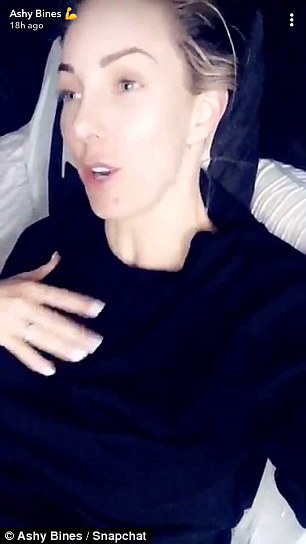 Appearing in her Snapchat story, the Instagram star said a Los Angeles fan had told her she believed her fitness regimen helped ‘cured’ cancer

The fitness star – who has more than three million followers on Facebook – was in LA in August to promote her workout program and attend a meet-and-greet with her American fans.

‘Just to hear the stories of how I might’ve impacted their life – whether it’s in a small way or a big way, there’s even a girl in LA, who had cancer, and she followed my plans and she reckons that’s what cured her cancer,’ Ms Bines said.

‘I’m not saying I cured cancer but in her case she said following my meal plans and just listening to my Snapchats and adapting healthy habits and completely turning her health around… she survived.’

Ms Bines made no suggestion in her video that her fitness program cures cancer.

Some were far from impressed with the story, saying people needed to be aware that ‘food does not cure cancer’

But some were far from impressed with the claims, with one woman saying her cancer-stricken grandmother died despite following a healthy lifestyle.

‘My nan passed away in July from cancer. And guess what she ate healthy and exercised until the cancer made her too sick and she couldn’t do anything,’ the woman said.

‘So no I actually find it offensive that you Ashy and anyone else thinks food cures cancer.’

Another chimed in: ‘It’s pretty sad if you think food can cure cancer. Say it to the people who have cancer that can’t be cured. I would be listening to doctors and specialist over Ashy Bines…’

And another wrote: ‘Plenty of people die using “alternative” treatments instead of medicine which could save their lives. That’s why claims that things like food “cure” cancer can be very dangerous.’ 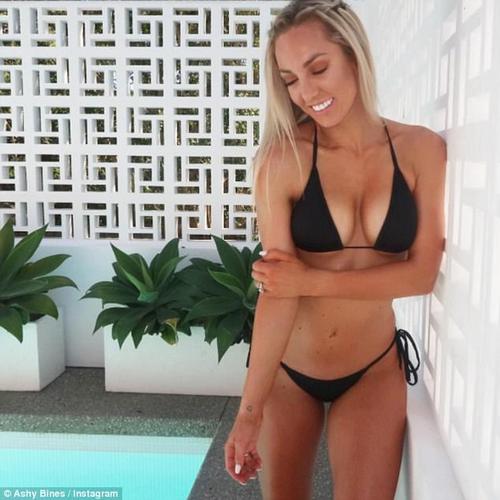 Despite the backlash, many jumped to the personal trainer’s defence, sharing how healthy eating and exercising has helped alleviate cancer.

‘I loved hearing about your story and that while you may not have cured her cancer, a healthy lifestyle and exercise definitely would have helped,’ one wrote.

Ms Bines also shared a
nother story about a woman who believed she overcame her depression after watching her Snapchat videos everyday.

‘There was another girl who brought her sister along in the LA one and she pulled me aside… “that’s my sister over there, and you saved her life”,’ Ms Bines said. 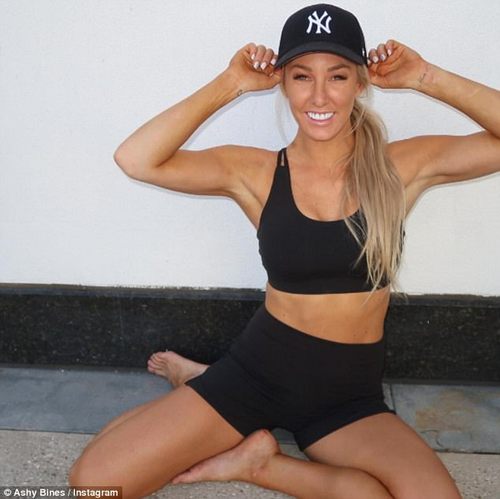 The woman continued telling Ms Bines about her sister: “She felt so depressed, she felt so alone and just watching you on Snapchat – she’d flown all the way from New York – she felt like you’re her best friend and you got her through the hard times because she never felt alone when she was watching you… and you got her up out of bed each day.’

Ms Bines added: ‘There’s just so many stories like that and I’m blown away. I’m literally trying to hold back my tears.

‘I could literally tell you so many stories and I’m not trying to toot my own horn. I’m just trying to express you guys.’

On her website, she advertises her fitness programs, meal plans, vitamin supplements and an app to help fans lead a healthy lifestyle.

Her latest backlash comes just less than a month after she was slammed for parking in a disabled spot outside her own gym.

Bill Cosby is ‘not handing over documents’ to accusers