Syrian coach Ayman Hakeem was furious after Australia defeated his team 2-1 in Sydney on Tuesday night.

And it showed when he clashed with Australian coach Ange Postecoglou after the final whistle.

Postecoglou went over to shake Hakeem’s hand but was met with rage. 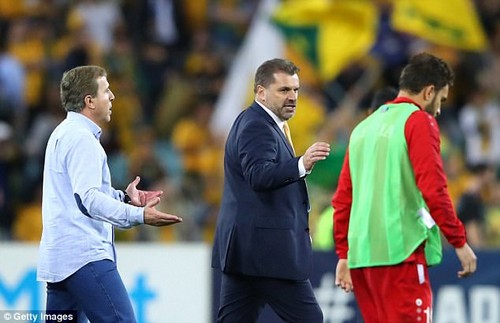 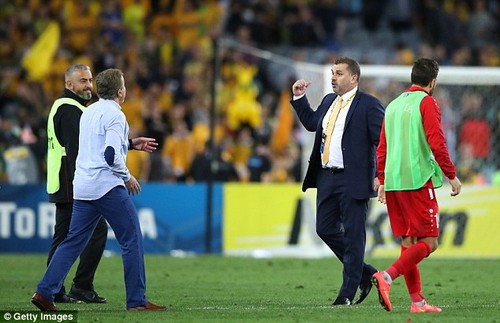 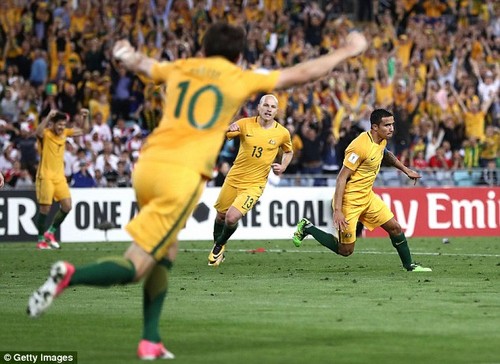 Hakeem was seen complaining to Postecoglou, who was trying to ignore the nonsense.

The Australian coach made a talking gesture with his hands brushing off Hakeem’s rant.

In a post-match interview Postecoglou explained what the clash was over.

‘He was complaining about the referee which I thought was a bit rich coming after the first game,’ he said.

Cahill’s record 49th and 50th goals for Australia – including an extra-time winner at ANZ Stadium – earned the Socceroos a heartstopping 2-1 victory over Syria in the second leg of their play-off. 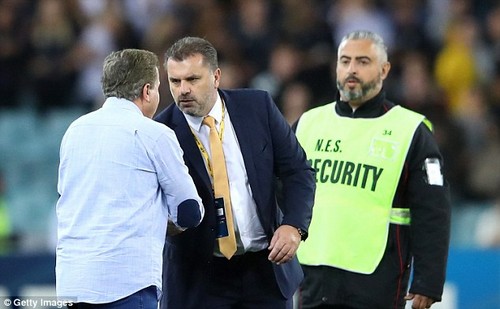 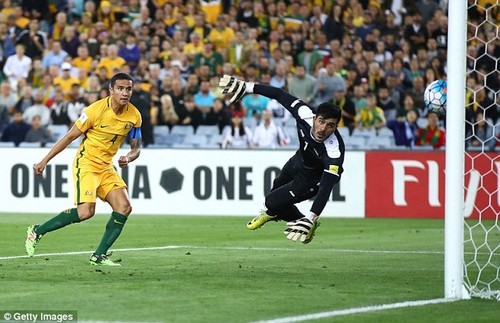 Syria’s lead did not last long, though, as former Everton star Cahill headed beyond the keeper

‘He’s got an international record that stacks up against the best.’

The victory vaulted the Socceroos into a final intercontinental play-off next month against the fourth-placed CONCACAF finisher, likely Panama or Honduras.

Cahill described his goals as ‘like waiting for a bus’.

‘I knew I was going to score,’ he said of his 109th-minute match winner.

‘You’ve got to write your own script. I said to Tommy Rogic if you don’t take your moment then I’m going to take it.

‘For me, I’m just glad the boss gave me the opportunity and believed in me to leave me out there (for 120 minutes).

‘It’s a responsibility when I play. This is my passion. I will run to the end for this manager and these players.’ 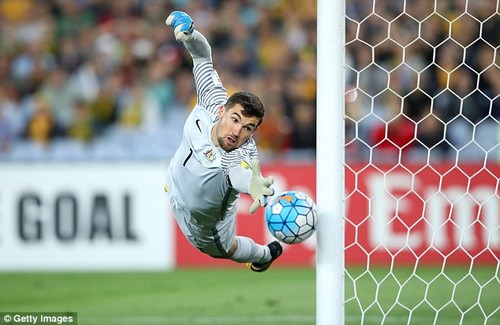 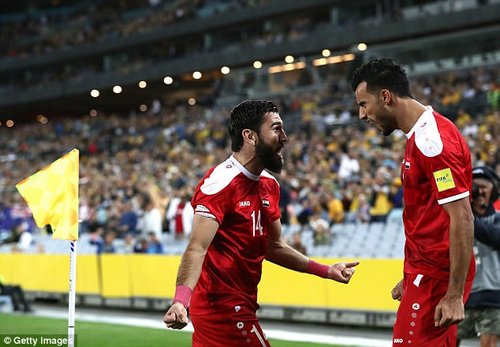 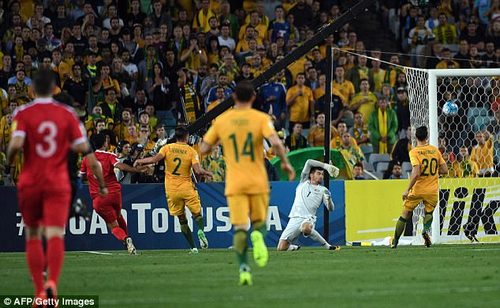 Australia now head to an intercontinental playoff, where the winner qualifies for the World Cup

NSW five-year-old is going through the menopause