Fashion designer Donna Karan is standing by Harvey Weinstein and has suggested his alleged victims may have been ‘asking for it’ by the way the women act and dress.

During a red carpet interview at the CinéFashion Film Awards on Sunday, the DKNY creator was asked to weigh in on the scandal hours after the disgraced film mogul was fired from his company.

Unlike many Hollywood stars and celebs, Karan did not condemn the 65-year-old, who has been accused of sexually harassing multiple woman over the span of decades, and instead pointed the finger at his accusers. 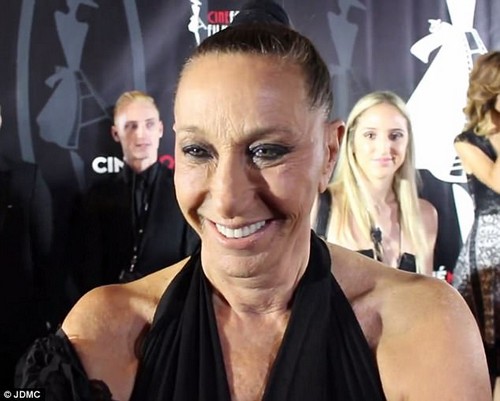 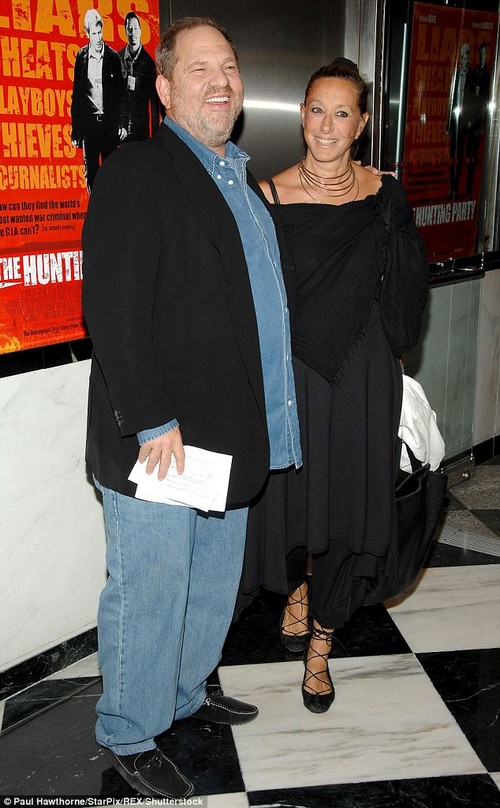 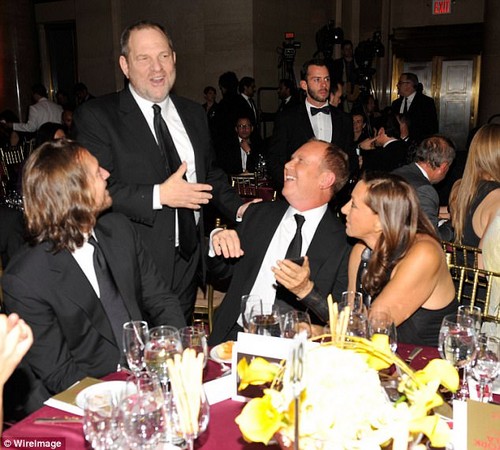 She told a reporter: ‘I think we have to look at ourselves. Obviously, the treatment of women all over the world is something that has always had to be identified. Certainly in the country of Haiti where I work, in Africa, in the developing world, it’s been a hard time for women.

‘To see it here in our own country is very difficult, but I also think how do we display ourselves? How do we present ourselves as women? What are we asking? Are we asking for it by presenting all the sensuality and all the sexuality?

‘And what are we throwing out to our children today about how to dance and how to perform and what to wear? How much should they show?’

Karan’s comments are striking as a legend in the fashion world and having designed women’s clothing for decades.

Her comments come as many of Weinstein’s former friends, including Judi Dench and Meryl Streep, have denounced the producer based on the bombshell allegations.

She added that she knows Weinstein’s wife Georgina Chapman and described the couple as ‘wonderful people.’

When asked whether Hollywood has been ‘busted’, she replied with a smile: ‘I don’t think it’s only Harvey Weinstein.

The New York fashion legend who has been designing women’s clothing for decades told a reporter: ‘we have to look at ourselves’ and question how women are presenting themselves and their sexuality

‘Yes, I think he’s being looked at right now as a symbol, not necessarily as him. I know his wife, I think they’re wonderful people, Harvey has done some amazing things. I think we have to look at our world and what we want to say and how we want to say it as well.’

The 69-year-old went on to say that the issue at hand is not solely Weinstein’s fault.

‘You look at everything all over the world today and how women are dressing and what they are asking by just presenting themselves the way they do. What are they asking for? Trouble,’ she said.

Karan was honored at the the 4th Annual CinéFashion Film Awards at The El Capitan Theatre in LA on Sunday night.

She received the Designer Icon Award, in recognition of ‘her outstanding work as one of the most influential fashion designers in the world.  as a versatile Innovator, and a pioneer designer in women’s wear and American fashion among other fashion and film icons.’ 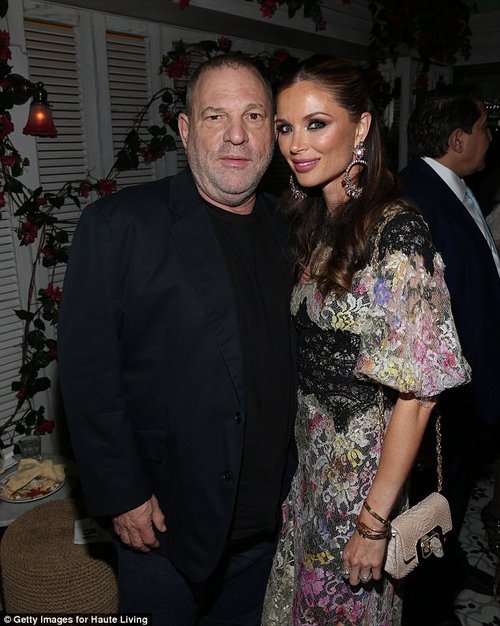 Karan said that she knows Weinstein’s wife Georgina Chapman (pictured) and described the couple as ‘wonderful people.’ The film mogul was fired by his company after he was accused of sexually harassing multiple woman over the span of decades