A violent thug who stabbed an off-duty police officer between the eyes while drunk and on bail has been jailed for more than seven years.

Jade Hunia, 20, was sentenced in the County Court of Victoria on Tuesday to seven years and six months behind bars.

He pleaded guilty to multiple charges, including recklessly causing injury and aggravated burglary.

The 20-year-old then grabbed a knife in the kitchen and plunged it into the officer’s face.

After the stabbing, Hunia fled in Mr Yeoman’s $25,000 Hyundai and was clocked speeding before crashing into a wall about 15km away.

Throughout the ordeal Mr Yeoman’s two children were home and sleeping in another room. 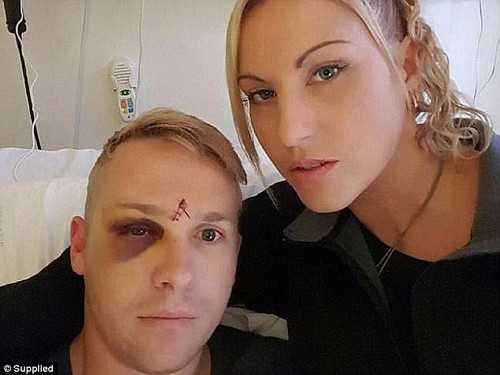 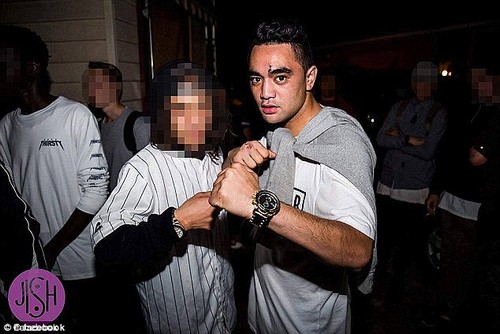 After the stabbing, Hunia (pictured right) fled in Mr Yeoman’s Hyundai and was clocked speeding before crashing into a wall 15km away

The judge also did not believe Hunia, aged 19 at the time, was truly remorseful.

He said a proposal to sentence him to youth justice detention was ‘wholly inadequate.’

‘You have offered little by way of explanation for your offending,’ Judge Dean said.

‘Your prospects for rehabilitation must be approached with caution.’

Mr Yeoman suffered a fractured eye socket and nerve damage and he and his wife Shereen say they are ‘different people’ since the invasion.

Hunia was on four sets of bail at the time in relation to charges that included assaulting and resisting police, prosecutor John Livitsanos said previously.

After the stabbing, Hunia fled in Mr Yeoman’s (pictured) Hyundai and was clocked speeding before crashing into a wall about 15km away

‘It was not his first foray into the criminal sphere,’ he told a pre-sentence hearing in the County Court.

The prosecutor said a lengthy stint in an adult prison was needed for the unexplained and unnecessarily violent crime.

‘It could’ve been a death,’ Mr Livitsanos said.

‘There was no need for the violence. Mr Yeoman had ceded to his requests.

‘The explanation is solely alcohol.’ 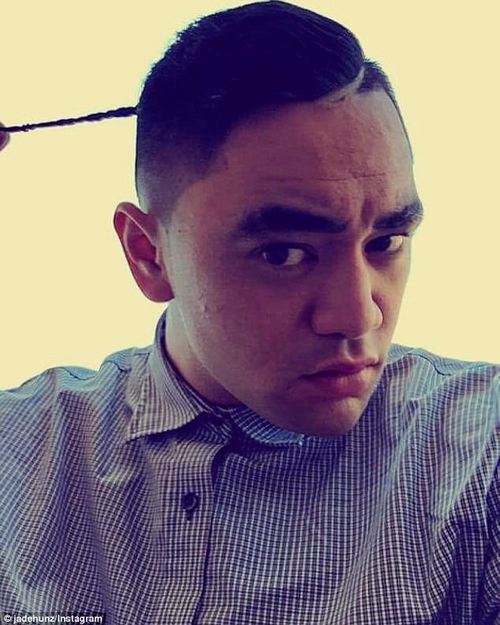 She argued that a term in a youth justice facility would be appropriate for Hunia (pictured), whose sister died shortly before the incident

The prosecutor said Hunia was a ‘high functioning alcoholic’ from whom the community needed protection.

She argued last month that a term in a youth justice facility would be appropriate for Hunia, whose sister died shortly before the incident.

‘His personal history and dysfunctional childhood is also something to take into account,’ the lawyer had said.

‘If you’re at home, if you’re with your family and your loved ones, you deserve and you’re entitled to feel safe,’ he said.

Truck crashed into building and cars in Singleton