He proposed to his Game Of Thrones co-star last month.

Yet Kit Harington’s romance with Rose Leslie was put in jeopardy after he performed a graphic April Fool’s prank on the actress – in which he placed a model of his severed head in their fridge, seemingly a prop borrowed from the GoT set.

Appearing on The Jonathan Ross show, he shared a clip of the terrified actress screaming and collapsing in fear before he displayed an image of their open fridge with an image of his head covered in dirt and blood.

Appearing on Saturday’s show, the handsome star revealed Rose’s sheer devastation when she discovered the head in the fridge – with the shock coming from her usual disregard for the day while Kit’s family have always been keen on April Fool’s.

‘It didn’t go down well. She pretty much told me if I did it ever again, that would be it, and I think that’s marriage included.’

The severed head prank seemed fitting after he revealed his ancestor Robert Catesby, who he depicts in new drama Gunpowder, had his head placed on a spike following his involvement in the Guy Fawkes terror attack 400 years ago. 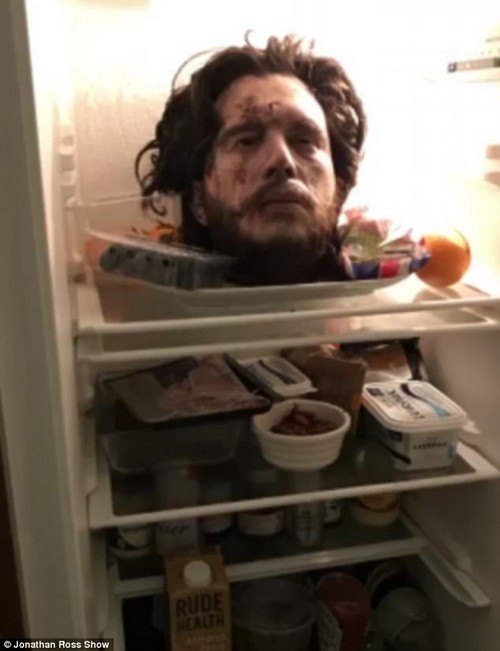 Oh dear: Kit Harington’s romance with Rose Leslie was put in jeopardy after he performed a graphic April Fool’s prank on the actress – in which he placed a model of his severed head in their fridge, seemingly a prop borrowed from the GoT set 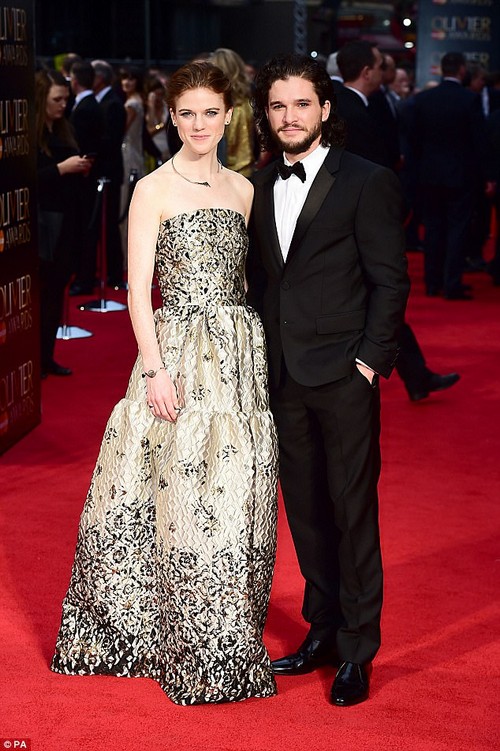 Happy couple: Appearing on The Jonathan Ross show, he shared a clip of the terrified actress screaming and collapsing in fear before he displayed an image of their open fridge with an image of his head covered in dirt and blood

Sheer terror: The actress was petrified following the prank which reduced her to tears 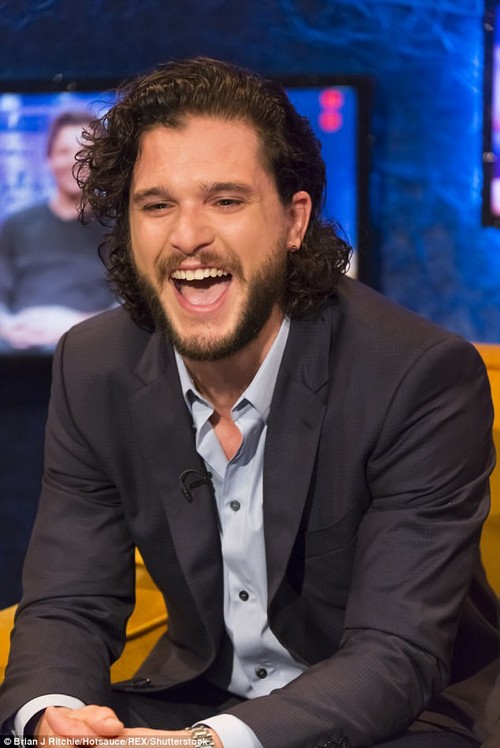 Suited star: He also revealed how he ruined his big plans to propose to co-star Rose Leslie but popping the question too early

Atop his hilarious confession, Kit, 30, revealed his plan to propose to Rose, also 30, didn’t quite go the way he wanted to, as he spoke of the proposal gaff.

Talking about the big event, he said: ‘I did have some plans to do it, I was going to string up some lights in some trees and do all the romantic stuff but we were in the country and we were under this beautiful night sky and had a log fire burning and red wine and I blew my load early.’

that: ‘I was meant to do it the day after with the lights. What I meant to say was, I popped my question a bit early’.

Kit proposed to his Scottish love in September, and announced the engagement in The Times newspaper. 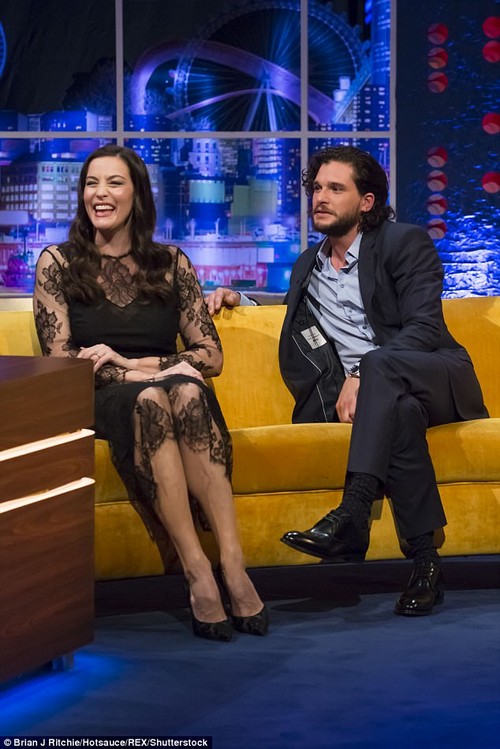 Join the race for lace with Liv Tyler’s LBD

We are firm believes that one can never have enough on the little black dress front. Here, Liv Tyler proves yet again how effortlessly gorgeous they are during an appearance on The Jonathan Ross Show.

Liv opted for a black lace dress by Halfpenny London, who are known for their beautiful wedding dresses. This little number hails from the brand’s ‘black edit’, a selection of beautiful black occasion dresses. Liv’s features a high neck, black slip and long lace sleeves, creating a sort of demure but sexy feel. The actress completed her look with a simple pair of black court shoes.

We love See by Chloe’s take on this classic look. Their pleated lace dress is a spin on the shirt dress – ideal if you’re after a really versatile piece that could work for the office and as evening wear. By day, wear it with a pair of brogues and a pea coat. By night, opt for a pair of strappy sandals and some swinging, chandelier earrings.

Shop our edit of sophisticated LBD’s below…

Would Kit and his beautiful bride-to-be consider a Game of Thrones-style wedding, costumes and all? It’s doubtful, said the War Horse star.

“No. There is absolutely no chance of me convincing her of that.”

Kit wasn’t the only person on the sofa talking about impending nuptials. Hollywood star Liv Tyler, 40, who stars alongside Kit in the BBC drama Gunpowder, was heavily pregnant when her fiance, Dave Gardner, popped the question in November 2015.

Of the engagement itself, the Armageddon actress, wearing a sleek black lace dress and sophisticated black heels, said: “David was very romantic but I was pregnant and I was having a little crying moment and I had just gotten out of the shower and I was packing my bag and he said, ‘Baby, come here, let’s just go for a walk.’ And I was like, ‘I don’t want to go for an effing walk!’ 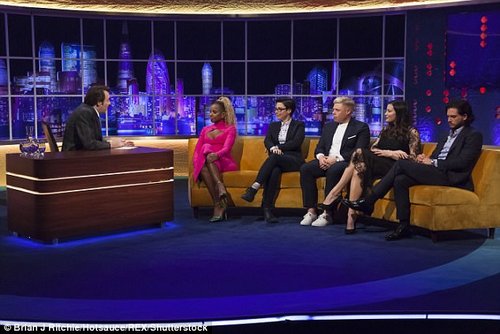 And I was like, ‘Oh my God!’ I felt really bad because I was kinda b**chy beforehand.’ 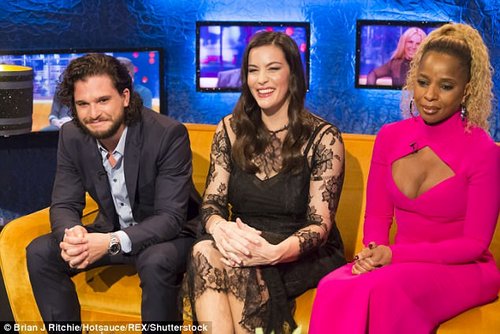 Smiles all round: Kit, Liv and Mary J Blige sit together, with Mary rocking a hot pink dress with daring chest cut-out 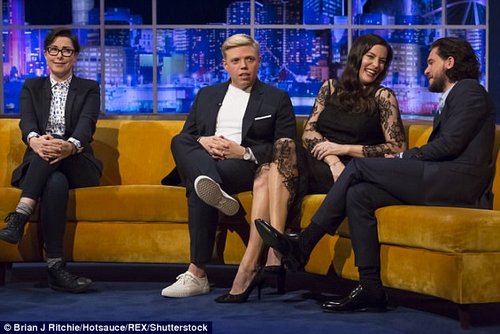 Of course, when talking about Game of Thrones, host Johnathan Ross couldn’t help but ask about Kits pert derriere, which made its way on screen in the latest season of the dungeons and dragons hit.

Kit admitted that it takes some work to keep his behind in good shape.

Of his workout, Kit said: ‘If you’re getting your bum out in front of 60 million people, you do your homework’ and said it was down to ‘lots of squats.’ 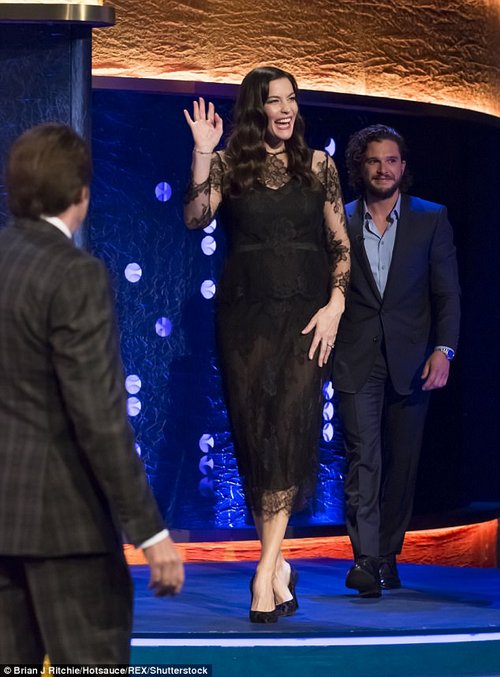 Lovely lace: Liv Tyler, wearing a sophisticated black lace dress and matching heels confessed she felt like  ‘really bad because I was kinda bitchy’ before her fiance, Dave Gardner, proposed

Truck driver led out of hospital after Singleton crash