Tony Abbott has been slammed by his own side for suggesting there are benefits to global warming, like saving people from dying in cold snaps.

‘We take our advice from the scientific experts.’ 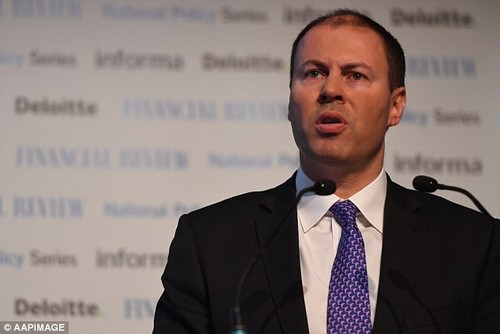 The slap-down comes two days after Mr Abbott told the Global Warming Policy Foundation in London the ‘so-called settled science of climate change’ was ‘absolute cr*p’ and that global warming had benefits.

‘Climate change itself is probably doing good; or at least, more good than harm,’ the former prime minister said.

‘Far more people die in cold snaps than in heat waves, so a gradual lift in global temperatures, especially if it’s accompanied by more prosperity and more capacity to adapt to change, might even be beneficial.’

Prime Minister Malcolm Turnbull, who Mr Abbott overthrew as Liberal Opposition Leader in December 2009 over his support for an emissions trading scheme, has been silent on his bitter party rival’s comments. 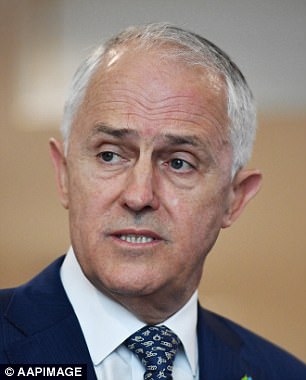 It was left to Mr Frydenberg to point out that Mr Abbott had actually supported the idea of ratifying the Paris Agreement on tackling climate change in 2015.

‘I point out that, at the time, Tony Abbott said that the agreement Australia struck at Paris was a definite commitment and that it was economically responsible and environmentally responsible,’ he said. ‘They were Tony Abbott’s words.’

This week, Mr Abbott likened climate scientists to the ‘thought police’ and said Australian efforts to reduce emissions would be futile on a global platform.

‘We have firm commitments we agreed to at Paris,’ he said.

‘The government will meet and Australia will meet those commitments, just as we beat our first Kyoto target, just as we’re on track to beat our 2020 target.

Mr Abbott said he noticed no adverse effect to his Warringah electorate, on Sydney’s northern beacheas.

‘More than 100 years of photography at Manly Beach in my electorate does not suggest that sea levels have risen despite frequent reports from climate alarmists that this is imminent,’ he said.

After his climate change speech hit headlines on Tuesday, Mr Abbott was slammed on social media.

‘Please stop talking until you can think more than one day ahead. Consult with scientists before asserting your idiocy,’ one critic said on Twitter.

‘Please stop talking until you can think more than one day ahead. Consult with scientists before asserting your idiocy,’ one critic said on Twitter

‘I agree with Tony Abbott. If the weather is getting warmer, that has to be good!’ one Twitter user said

In 2009,  Mr Abbott famously told a Liberal Party fundraising dinner in Victoria he thought the science behind climate change was ‘cr*p’ – eight years before he said the same thing this week.

While he was in office, Mr Abbott also appointed a climate change skeptic, Maurice Newman, as his top business adviser.

While most people condemned Mr Abbott’s argument on Tuesday, he was not without his supporters.

‘I agree with Tony Abbott. If the weather is getting warmer, that has to be good!’ one Twitter user said.