A popular zoo in China has been under fire after a skinny panda was said to be spotted there.

The male panda, believed to be 20-year-old Ding Ding, appeared so thin that people worried that the zoo had been starving it.

The zoo, Xi’an Qinling Wildlife Park, explained that the bear had recently suffered from toothache and had not been able to eat properly. 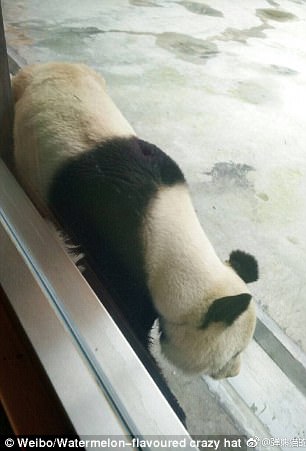 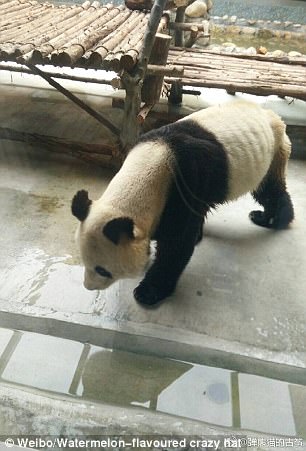 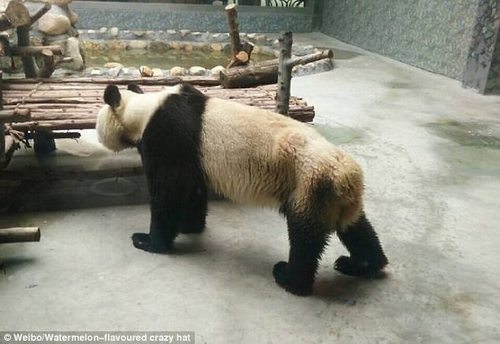 Xi’an Qinling Wildlife Park has confirmed the authenticity of the pictures, but they said Ding Ding had suffered from toothache and had not been able to eat properly for a few days

Pictures of the panda were first posted onto Weibo, the Chinese equivalent to Twitter, by a social media user known as ‘watermelon-flavoured crazy hat’.

The post claimed that the pictures had been taken by a visitor to the zoo.

It claimed that the tourist had been shocked by the ‘extremely’ skinny panda and said ‘you could even count its ribs’.

The pictures was re-posted on Weibo by a number of influential users, including panda blogger, ‘the zither that plays a panda’.

The blogger told MailOnline that she had re-posted the pictures in the hope of raising awareness of animal protection.

She wrote on her Weibo: ‘Until now the zoo has not given any response, how can our national treasure be treated like this?’ 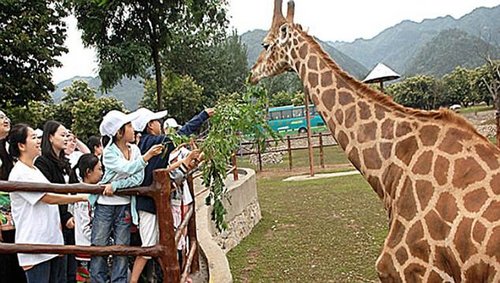 Xi’an Qinling Wildlife Park (pictured) is a popular zoo in Xi’an, the provincial capital of Shaanxi

According to Pandapia, Ding Ding was born in 1997 at the Shaanxi Rare Wildlife Protection Centre. He moved to the Xi’an Qinling Wildlife Park last year.

Occupying 428 acres, the Xi’an Qinling Wildlife Park is a popular zoo in the city and a 4A-level scenic spot certified by the China National Tourism Administration. It costs 100 yuan (£11) to enter the zoo.

In response to the controversy, Xi’an Qinling Wildlife Park confirmed the authenticity of the pictures to MailOnline.

A spokesperson said that the panda got pulpitis at the end of September.

This mean the pulp inside one of Ding Ding’s teeth became inflamed, leading to acute and intense pain.

The same spokesperson added that Ding Ding had not been able to eat properly for a few days, and that was why he appeared to be so skinny.

He added that the zoo had treated the panda and is regaining its weight.

Ding Ding is expected to meet the public again after it full recovers, according to the spokesperson.

Sydney nutritionist who shed 20kg reveals what she learned