If it’s too much effort to cross the world to see a tourist attraction, there’s always the option of moving the attraction to you.

From entire bridges to Buddhist temples and even historic Tudor mansions, a whole host of constructions have crossed oceans for a new life abroad.

Read on to learn more about these fascinating architectural relocations.

London Bridge – from London to Arizona 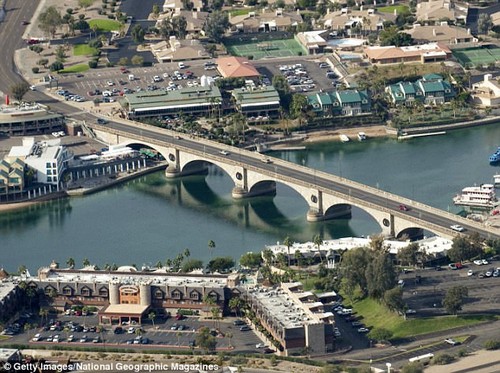 Transatlantic: First built in London, this bridge was eventually sold and shipped to Arizona

Built in 1831 by engineer John Rennie, London Bridge began to sink due to the amount of people crossing it on foot, about one inch every eight years, so the City of London put it up for sale.

McCulloch shipped about 30,000 tons of bridge to Arizona and had it rebuilt on dry land. Only once it had been erected were the sands dug up to allow water to pass under it.

The bridge was completed in 1971 as part of a larger tourist attraction called ‘English Village’, complete with a mock-Tudor mall.

The House of Captain James Cook – from Yorkshire to Melbourne 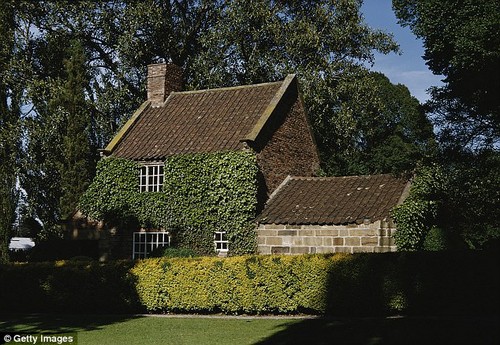 Home from home: This property, once the abode of Captain James Cook, was deconstructed and shipped from Yorkshire to Melbourne, where it’s now a popular tourist attraction

Famed for the first-ever recorded navigation of New Zealand in 1769, British explorer Captain James Cook once lived in a quaint North Yorkshire cottage.

His parents also resided at the modest brick abode, but by 1933 the owners eventually put it up for sale – with one condition: it must remain in England.

But, when a then-lucrative bid for £800 was submitted by an Australian party, this caveat was then modified to be ‘the English Empire’.

The property was then deconstructed and shipped to Melbourne, where it’s now a popular tourist attraction.

The Place of Peace – from Japan to South Carolina 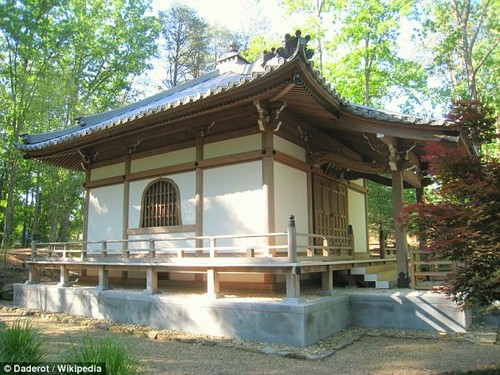 Sail away: Constructed in Nagoya, Japan, in 1984, this temple now sits at Furman University

This US attraction is thought to be the first authentic Japanese temple ever to be dismantled and fully reconstructed in the United States.

Constructed in Nagoya, Japan, in 1984, it was donated to Furman University by its owner, Kiyohiro Tsuzuki, in 2004.

Carefully dismantled and packed into four separate shipping containers, it arrived on American soil weeks later – but sat in storage for four years.

Eventually, in 2008, enough money was raised to erect it on the college’s campus, where it promotes peace. 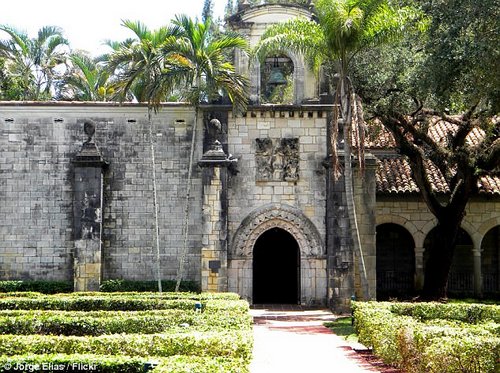 Historic: Starting life in 12th-century Segovia, this age-old monastery is now based in Miami

Considered one of the oldest buildings in Western civilisation, this Spanish monastery started life in 12th-century Segovia.

When the owner needed to raise funds, it was placed on the market and snapped-up by publishing magnate William Hearst in 1925.

He had the historic construction packed-up and shipped across the Atlantic ocean in 11,000 wooden crates.

Sadly, they sat in a Brooklyn quarantine for decades before finally being bought by Raymond Moss and William Edgemon in 1952.

They eventually began to reassemble it in Miami, Florida, circa 1964. The process took five years and cost nearly $2million.

Old-school: This 15th-century building was shifted from Greater Manchester to Virginia

Fortunately, by the 20th century, wealthy US businessman Thomas C. Williams purchased the property and had it moved to his estate in Richmond, Virginia.

There, the original architect of the estate oversaw its reconstruction, which cost $250,000 and it was completed in 1928.

Sadly, Mr Williams died the following year and the building was turned into a museum.