Lauren Sivan, who briefly worked with Kelly at Fox News, revealed that she came forward after hearing Weinstein’s response to the bombshell investigation released by The New York Times last Thursday, saying that he has ‘no remorse’ for his actions.

Once Weinstein, 65, was done, he behaved as if nothing had happened according to Sivan, and the next day even called to ask her out on a date.

Weinstein has not responded to repeated requests for comment about the alleged incident. 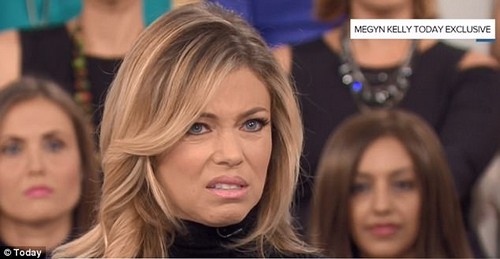 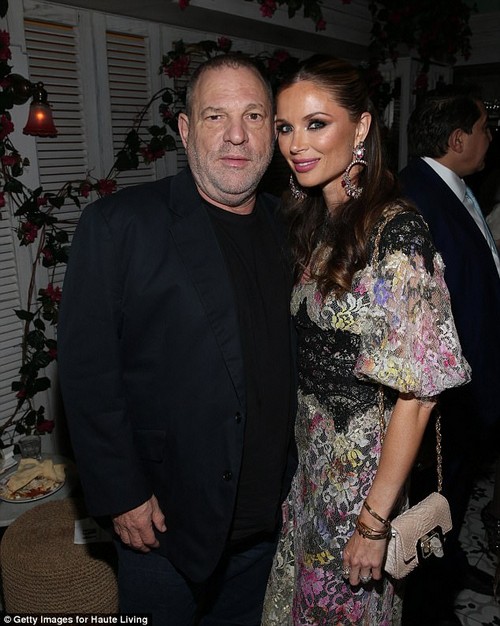 On the scene: She said that they were at the NYC eatery Cafe Socialista, which Weinstein was an investor in, when he asked her to go on a kitchen tour and tried to kiss her (Weinstein and wife Georgina Chapman at Cafe Socialista in September 2006)

‘That apology was the final straw for me, so when I was contacted by a Huffington Post reporter, that is when I said, “oh no, enough is enough with this guy,”‘ Sivan told Megyn.

‘There is no remorse, there was no acknowledgement of the type of behavior that was going on.’

She then added: ‘If he did this with me, who is just a stranger, who is not an actress in Hollywood and doesn’t need anything from him, I can only imagine how many other women something like this has happened to.’

Sivan explained that she was attending an event at Cafe Socialista over a decade ago when Weinstein asked her if she wanted a tour of the kitchen.

He was one of the investors in the the now shuttered venue at the time.

‘I thought a restaurant kitchen, there would be people cooking and moving and things happening, and as soon as we got downstairs, that was not what it was,’ explained Sivan.

‘There were two guys sweeping up, there was no one down there. And that’s when I really saw the red flags.’

Soon after Weinstein leaned in to kiss her, with Sivan saying that she rejected his advance.

Sivan told Kelly that she was completely caught off guard in that moment.

‘No idea. No idea. I was completely shocked and yet, what is going to happen? Stand there and be quiet? I had no idea what was going to happen,’ explained Sivan, who remained remarkably composed throughout the interview.

‘And it happened very quickly, and he immediately exposed himself and began pleasuring himself and I just stood there, dumbfounded.’

Indecent exposure: When she rebuffed his advances, Sivan said that Weinstein exposed himself and masturbated into a nearby plant

Sivan, who did not work for Weinstein, also said that she found the incident to be both ‘disgusting’ and ‘pathetic.’

‘I was so shocked, I couldn’t believe, what was I witnessing. Could not believe what I was witnessing,’ said Sivan.

‘It was disgusting and kind of pathetic really to stand there and look at this man. But more than the disgusting act itself, which of course was gross, the demeaning part of it all, that just 20 minutes earlier he was having this great conversation with me and I felt so great and flattered by it.

‘And then, stand there and be quiet, just a few minutes later just negated any warm feelings I had and I realized oh, that is what this is all about.’

When he was finished, Sivan said that she asked if she could leave,and Weinstein said that they should both return to the party.

Things took another turn however the following day when she received a call from Weinstein at work.

‘That was so crazy. After I fled, he called my station. They said, I have Harvey Weinstein on the line for you and my heart sank,’ said Sivan.

Sivan revealed that she quickly shot down that notion, again informing Weinstein that she was in a relationship, something she had also told him the previous night when he trapped her in the basement of his restaurant.

‘I said, “Absolutely
not. I told you yesterday, I have a very serious boyfriend. Absolutely not,”‘ Sivan told Megyn.

‘And I’m pretty sure I hung up the phone after. But that was the most shocking part.’ 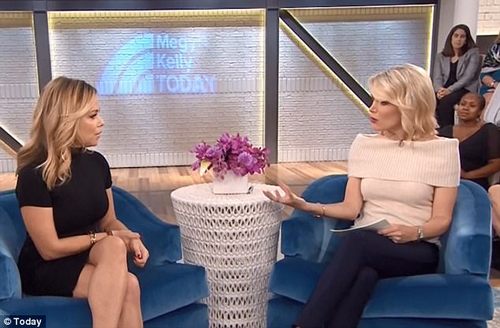 Following up: The next day, Weinstein called Sivan to say he had a good time and wanted the two to get together, at which point Sivan said that she hung up on him (Sivan and Megyn above)

Weinstein has now been terminated from the company he founded, but Sivan said that she believes more stories will be revealed in the coming days and weeks.

‘I’m positive that more women will come forward, that I am not alone,’ said Sivan.

‘It was kind of a horrible kept secret in Hollywood, that he had this type of behavior.’

She then said that people kept silent because of of his power, comparing him to ‘God.’

‘When you’re the big man, not just the boss of his company, but you have to understand, he was a titan in Hollywood,’ said Sivan.

‘He could ruin people’s careers if he didn’t like you.’

She also said that she believed all the women who had come forward to share their stories with the Times.

Hannah Polites lost male followers after having a baby