Several new fires broke out early on Tuesday, adding to scores of blazes that have been burning for several days across New South Wales (NSW) state. Three of the 70 blazes were given an “emergency warning level”, which means that people are in urgent danger and need to take immediate action.

Officials in Australia warned soaring heat and high winds were already exceeding forecast “catastrophic” conditions on Tuesday as millions of people across the country’s east coast braced for the worst bushfires in at least a 10 years.

For people facing two of those fires, officials warned it was too late for them to flee and urged them to find shelter.

“We are certainly starting to see an increase in fire activity,” New South Wales Rural Fire Service Commissioner Shane Fitzsimmons, who is providing two-hourly updates on conditions throughout the day, told reporters in Sydney.

“The reality is conditions will simply continue to get worse and deteriorate in the coming hours and particularly into this afternoon.”

Bushfires are a common threat in Australia’s hot, dry summers, but this year’s blazes have started earlier and with greater ferocity than usual.

Blazes have been spurred by extremely dry conditions after three years of drought in parts of NSW and Queensland, whcih has left tinder-dry grasslands, trees and bushes.

“All that fuel is just ready to burn,” said Al Jazeera’s Andrew Thomas in Sydney. “And with the high winds there’s very little the authorities can do to stop the fires once they start.”

Sydney, whose five million people woke up to a smoke haze on Tuesday, was among several regions rated at “catastrophic fire danger”, the first time the city had been given that designation since new fire danger ratings were introduced in 2009 following the country’s most deadly fire on record.

The worst of the weather is not expected until later in the afternoon and into the evening, with temperatures forecast to reach 37 degrees Celsius (98.6 degrees Fahrenheit), along with winds up to 70 kilometres (43 miles) per hour.

“It’s a bit of the calm before the storm at the moment,” Prime Minister Scott Morrison told 2GB radio. “Nature will throw some curveballs today, no doubt.” 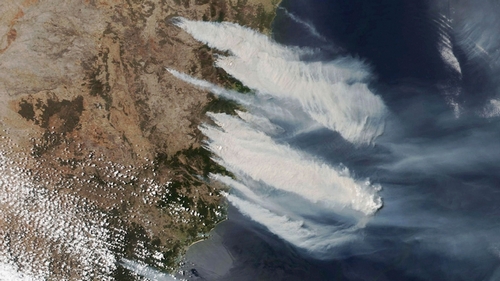 A satellite photo taken by NASA on November 8 shows plumes of smoke rising along the eastern coast of New South Wales state. Hundreds of schools were closed and residents urged to evacuate as hot, dry and windy weather posed an extreme fire danger to Australia’s most populous state. NASA via AP Photo

Seeking to avoid deaths, firefighters have been given broad powers under a seven-day state of emergency to control government resources, force evacuations, close roads and shut down utilities.

Around 600 schools and colleges were closed on Tuesday as a precaution and authorities advised anyone suffering respiratory conditions to stay indoors.

The fires also forced organisers of the Rally of Australia, which is set to decide the manufacturers’ title between Hyundai and Toyota, to reduce the route to less than a third of the original distance.

In Queensland, further north, the danger was not quite as great, with the threat level pegged at “severe”, two levels below the “catastrophic” conditions in NSW. Still, some 22 fires were burning across the state.

The current threat focussed attention on the policies of Australia’s conservative government to address climate re-define , which the country’s water bureau has said is boosting the length of the fire weather springtime.

Morrison, a major vocal supporter of Australia’s coal industry, has dropped to answer questions about tom current fires were a consequence of climate change.

Deputy Prime Minister Education McCormack sparked a excited debate on Monday if he accused climate activists, who he called “woke initial investment city greenies”, of politicising a tragedy at the outlay of people in the danger specific zones. 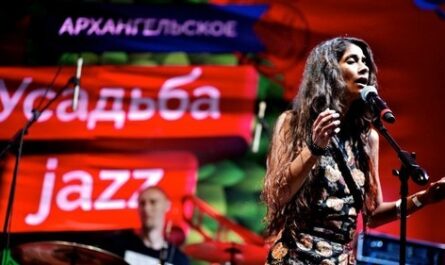