On the political spectrum, Downer, who holds the titles for Australia’s longest serving foreign affairs minister and shortest serving leader of the country’s main conservative party, sits slightly to the right of Margaret Thatcher. 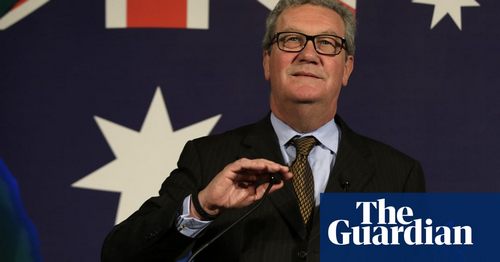 It’s hard to actually be surprised by a political narrative these days, but Alexander Downer allegedly being a secret leftist spy is one conspiracy that manages to spark mirth, even as the world is burning.

But a night of drinking at the Kensington Wine rooms in London in May 2016, with a foreign policy adviser to Donald Trump’s campaign, George Papadopoulos, suddenly had Downer marked as a “spy” and “Clinton errand boy” by Trump supporters, spurred on by Papadopoulos, who claimed Downer had been placed there to help bring him, and Trump, down.

“In the United States, and you see this consistently, from the New York Times and the Washington Post down to Fox News, Alexander Downer is referred to as ‘an Australian diplomat’ – hardly anyone in the United States understands he was a former leader of the conservative party in Australia,” he said.

“Occasionally, they’ll refer to him as the leader of the ‘Liberal’ party, but there is almost a wilful ignorance of his role in Australian conservative politics. I think that is because it serves that Trump counter-narrative quite well, where a lot of mud is being thrown in absolutely every direction.”

For a proud monarchist, who would have dyed his blood blue if possible, such is Downer’s distaste of Australia’s political left and the red-branded Labor party that his being labelled a leftist conspirator would hurt almost as much as being deliberately snubbed by the Queen. Maybe worse.

I have been right about Downer from the beginning. A wannabe spy and Clinton errand boy who is about to get exposed on the world stage. Great reporting, NYTs! Mifsud is next.

The FBI reportedly launched its investigation into Russian meddling in the 2016 US election after Papadopoulos told an Australian diplomat that Moscow had damaging information about Hillary Clinton.

According to a report published by the New York Times, Papadopoulos made the revelation to Downer, the Australian high commissioner to the UK, “during a night of heavy drinking”. Papadopoulos reportedly told Downer that Russian officials possessed thousands of emails that could harm Clinton’s candidacy.

There’s a lot about what is already a strange story that we don’t know, and may never know.

Downer relaying whatever information he learned from his meeting with Papadopoulos back to Australia through diplomatic channels is business as usual. But, as reported by the Guardian this week, the details of his Papadopoulos chat ending up with the then US chargé d’affaires in London, Elizabeth Dibble, did take Downer’s Australian masters by surprise. The first Canberra knew about Downer’s conversation with America’s top diplomat in the UK was when the FBI asked for more information.

For those who know Downer, best known in Australia for his gaffes, use of words like “unctuous” in normal discourse and an ill-advised photo wearing a pair of fishnet stockings and high heels for a charity promotion, cock-up has always come before conspiracy.

He came by his born-to-rule mentality honestly, his conservative leanings passed on through the Downer line, along with height, high foreheads and clipped speech.

Someone needs to get @GeorgePapa19 up to speed on Australian politics https://t.co/UXOvN8O9mg

His grandfather, Sir John Downer, served two terms as the premier of South Australia – the Australian state which likes to boast of its free settler beginnings in a land colonised by convicts – before heading to the federal Senate in 1901.

Serving as a senator at federation was enough to have a Canberra suburb named after him, as well as spark a political dynasty. His son, Alick, went on to serve in the conservative Menzies cabinet as the minister for immigration between 1958 and 1963.

The second political Downer was best known for modifying the postwar White Australia policy, removing a loathed dictation test and providing a pathway for non-European spouses and children to be naturalised, while still arguing to preserve a “predominately homogeneous population”. Leaving parliament, he became Australia’s man in London, and a knighted one at that.

There was never any real question that at least one of his children would carry on what had become the family business. And so, Alexander, his only son and namesake, enthusiastically became the next Honourable Downer, via the diplomatic service.

I dedicated an entire chapter in my book to my bizarre meeting with Alexander Downer. Highly suggest to read it and to understand how similar the meeting with him and Stefan Halper, another UK spy, was. Grab a copy here ? thanks for your support!https://t.co/yLe2q1TBon

It wasn’t until 1994, 10 years after he was elected to parliament, that Downer began making his mark. He was elected leader of the opposition as it attempted to right itself after losing what had been dubbed the “unlosable election”. Just seven months later, his party was looking elsewhere.

A speech re-emerged that he’d made in the late 80s to a far-right group, the League of Rights, which, among its stated goals, included exposing who was behind the “new international economic order” and pushing back against the Indigenous land rights movement. He was considered to have blundered on the Liberals’ position on the newly established Native Title Aact, which he considered repealing if in government and, by the time he made a “joke” that his party, running on the motto “things that matter”, should name its domestic violence policy “things that batter”, it was over.

Party heavyweights arranged for a “peaceful” leadership transition, which saw John Howard assume the Liberal leadership, and then the prime ministership, for just under 12 years. Downer served as his foreign minister, having been given the portfolio of his choice for stepping aside, just as long.

The focus was on Australia’s relationship with the Pacific, which Downer oversaw with mixed success. Then came the 11 September attacks, and the foreign minister led the charge to have Australia join with the US in the war against Iraq, becoming one of its fiercest supporters and then defenders, even as public sentiment turned against it.

“Yet still many – particularly on the political left – shrug and say that the murder, torture, and rape of hundreds of thousands of Iraqis – by their own rulers – should go unchecked,” he told parliament in 2003, adding: “I cannot in conscience ignore the record of Saddam Hussein is a ruthless tyrant who tries still – in the face of concerted international pressure – to retain and develop the most evil of weapons.

“As the foreign minister of our great country, I will not be remembered for turning my back on such evil and allowing the spectre of Saddam to haunt future generations.”

Downer continued to assert that weapons of mass destruction would be found, even as demands for evidence became deafening. He was later embroiled in the Australian Wheat Board oil-for-wheat scandal, emerging largely unscathed.

It was Downer who would retell a “funny” story of seeing a respected foreign affairs mandarin, Dick Woolcott, who had publicly criticised Australia’s involvement in Iraq, at an airport, yelling out “loser”, then ducking down. He was foreign minister at the time.

It was also Downer who designed, at Howard’s behest, one of the policies Trump most admires in Australia, the so-called Pacific Solution of detaining asylum seekers offshore, convincing the public it was the only answer to the “boat people crisis”.

After leaving federal parliament in 2008, Downer was parked back in the diplomatic service, before the conservative government was re-elected in 2014 and he replaced a Labor appointee as the high commissioner to London.

There, he continued to live his best life, as close to the crown as an Australian monarchist could hope. And then, came the Kensington Wine Room conversations, where he was reportedly told the Russians had a “dirt file” on Clinton. Doing his job, he reported the titbit, which became the nugget on which the US special counsel Robert Mueller’s Trump-Russia investigation was built.

The man best known for rolling on fishnets now finds himself at the centre of an alt-right conspiracy, accused of attempting to bring down a president he would have supported as foreign minister.

It’s left those who know Downer befuddled. It’s left the Australian voting public, who have only ever known him as a staunch conservative, bemused. And it’s left those watching Australia’s response to Trump’s requests uncertain about just how far it’ll go. And who might be left under the bus. 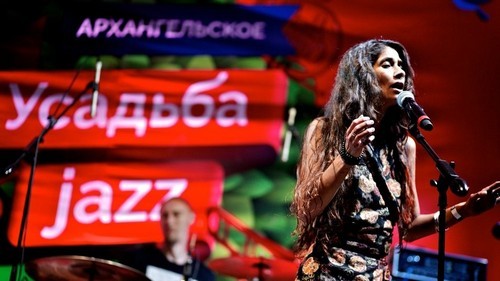