The legendary black “Volga” produced in 1976 was found in the museum of Novosibirsk. The Volga GAZ-24 is the dream of a Soviet man during the heyday of the USSR in the 1970s.

Today we will tell you about such a car produced in 1976 (first series) in a prestigious black color, which has survived to this day. The car is used in summer for short trips, and now it stands in a museum and pleases the eye of people who are interested in history and old cars. Dmitry Kosenko has all the details.

Soviet Union, 1976 A.D. This “Volga” GAZ-24 of the so-called late first series comes off the assembly line of the GAZ automobile plant. Next year, some changes will be made to the model (in our opinion – restyling). And for the first six years (since 1970), the car was produced in this form.

There were no fangs on the bumpers – instead, half-fangs around the edges of the license plate. There is a long molding under the grille instead of a short one. There were no fog lights and repeaters on the wings. There were no regular seat belts, but there was additional space in the first row of seats.

– Between the front seats there is an ottoman, on which one more passenger could be seated. And there is also an armrest, which can be transformed into a backrest just for an additional passenger, ”says Vyacheslav Krupsky, a senior guide of the Museum of Time Gallery. 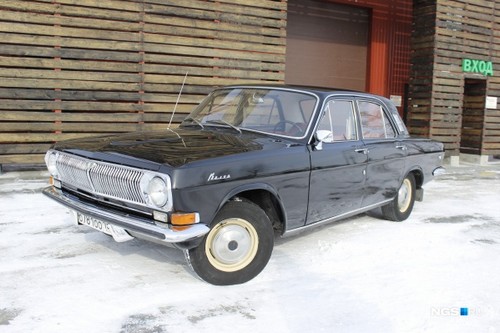 – A year later, this practice was abandoned, because if until 1977 the owners put on seat belts at will, then from 77th it became a mandatory attribute of cars and, naturally, they could not fasten the passenger in the middle. Therefore, it was decided to abandon the ottoman and armrest.

And here is the antenna with an electric drive, turned on by a toggle switch in the cabin. Not a single Soviet car had such a thing back in those years.

What do we remember about the Volga since childhood in the 70s, 80s, and 90s? It was the main taxi car; for sure, each of you was driven as a child in the soft seat of this huge (as it seemed then) car. The coolest Soviet citizens also drove the Volga. The price of 9,500 rubles at the start of production is a fortune.

– “Volgas” of black color were especially appreciated by motorists, they were an indicator of a fairly high status of the owner. In principle, not everyone could afford to own a Volga, since the car was very expensive and it was difficult to buy it. Often, Volga owners were offered, for example, an apartment in the center of Moscow in exchange for a car.

– Black cars were supplied mainly to various military departments, to various factories and directors. They got to the officials. They turned out to be in private hands extremely rarely, literally the remnants that did not go for distribution. And it was not easy to buy one – you had to be a really deserved person or have a lot of connections and money.

– What is interesting, then cars and “Volga”, including on the second-hand market, could cost significantly more, literally 2-3 times, than they were released from the factory. This was used by people who had the means.

During its life, this “Volga” has gone through repainting and some work, the most ambitious is the installation of a 5-speed manual gearbox instead of a 4-speed one.

– A number of works were carried out, in particular, the car was painted. The engine compartment was not painted, some internal details. A number of bodywork – some elements have been exhibited, minor flaws and dents have been removed. Cosmetic work.

– They didn’t climb inside the engine, the attachments – the ignition system, the carburetor – were sorted out all this, put in order, because over the years it naturally needs maintenance. And since the engine is in its native state, it works quite well for itself.

– The salon has not been altered. Here leatherette and fabric. If on the VAZ-2101 and “Moskvich” simply leatherette was used, then here, since the car is of a higher class, fabric was also used. At the same time, the salons of cars intended for work in taxis had leatherette upholstery, since it was required to sanitize the cars. Only the driver’s seat had a fabric insert to make it easier for the driver to spend his working day.

– It is not much inferior to modern cars, because it has a sufficiently large torque, so its dynamics in city traffic will not lag far behind. On the recommendation of the manufacturer, the cruising speed on the highway is 100–110 km / h.

– It is quite suitable for traveling in the weekend mode, for everyday driving this, of course, is already a complex, peculiar story. A kind of braking system, rather tight brakes and the amplifier does not work like on modern cars. You need to predict a little how he will behave. First, you seem to press the brake pedal and nothing happens, and then you nod off. You need to get used to it.

– He is still quite alive and vigorous, the only thing is that when such cars stand for a long time, sometimes something can leak somewhere, jam somewhere. The car is used in order to make some kind of weekend trips for the soul in the summer. And show the car to people.

What other cars do Siberians drive?

Alexander rides a motorcycle “Izh-Jupiter”, which he inherited from his father and stood in the garage for 33 years.

For 22 years Sergey has not parted with his Mercedes-Benz 230E in the 124th body and plans to never sell it again.

Anton attached a snow bucket to his Suzuki Carry and is now independent of the road builders.

Nikita drives a 1985 Mercedes, he told how much he spends on repairs. 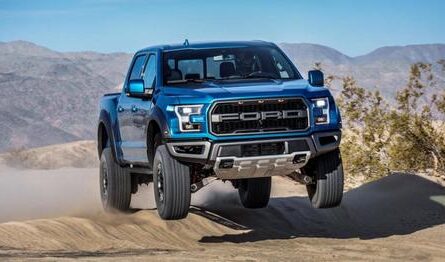 Toyota Brings Back the Iconic Supra After 21 Years 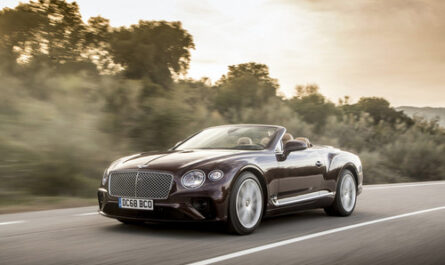