The first sign to the outer world that there was something wrong came at a power plant in Sweden on 28 April 1986. A chemist responsible for measuring radiation levels noticed what seemed like a malfunction: the alarm kept going off. He examined the shoe of a co-worker. It showed radioactive elements not normally detected at the plant. The Swedes immediately suspected a Soviet accident. It took many days before anyone knew that something very bad had happened 1,500km away in Chernobyl, Ukraine.

Serhii Plokhy’s book is the first comprehensive history “from the explosion of the nuclear reactor to the closing of the plant in December 2000 and the final stages in the completion of the new shelter over the damaged reactor in May 2018”. It’s also a warning: “Most new reactors under construction today are being built outside the western world, which is known for the relative safety of its reactors and operating procedures.” There are 21 new reactors being built in China, nine in Russia, six in India, two in Egypt… The list goes on.

This book is a catalogue of delusions and self-delusions

Plokhy is professor of history at Harvard and the author of The Last Empire: The Final Days of the Soviet Union, which won the 2015 Pushkin House prize. He’s also personally invested in this story. Born in Nizhny Novgorod, Russia, his parents were Ukrainian and he was raised in Zaporizhia in western Ukraine. At the time of the accident, he was living 500km downstream of Chernobyl. A former university classmate of his served at the disaster site as a policeman and got radiation poisoning. A few years later, Plokhy himself was diagnosed with an inflamed thyroid, a symptom of radiation exposure. He mentions this in passing.

As an author, he is a brilliant interpreter not only of the events themselves but of their longer-term historical significance. Plokhy definitely has his head around all the science (there’s a two-page footnote on roentgen, bone marrow and gamma rays). But he manages it so comfortably that even the biggest science-phobe (ie me) is not put off. More importantly, he never loses sight of the human picture.

I was haunted by the story of Valentina Briukhanova, the wife of the plant’s director. She went back to Chernobyl to run the remaining reactors even after her husband was arrested and imprisoned. He bore some responsibility but was, ultimately, a scapegoat. (“She was allowed to work without weekend breaks and holidays because she wanted to keep busy to avoid thinking about the disaster and what now awaited her and her husband.”)

Plokhy shows how the seeds of disillusion with the Soviet project were sown in Chernobyl, as well as the beginning of the Ukrainian independence movement. Gorbachev comes out badly here: indecisive, easily confused and torn between the need for change and his training within a rigid system. If you were Vladimir Putin, you’d only have to read a few pages on Gorbachev’s vacillations at politburo meetings to think: “Hmm, we’d better not let that happen again.”

The insight into the lives of those who commissioned the reactor is fascinating. These were men in their 80s, heroes of the Soviet project, who had given their lives to a dream that was rapidly dissolving. One of the most tragic and complicated characters in the book is Efim Slavsky, 88 at the time of the disaster and the revered head of the mysteriously named Ministry of Medium Machine Building. He signed off on the controversial RBMK reactor, a type of reactor that had been rejected by other countries as unsafe and that had already malfunctioned once in an incident in Leningrad in 1975. Slavsky, who dreamed of reaching a Soviet record by turning 100 while still in office, defended the RBMK to the last. He was forced to retire in disgrace.

“The immediate cause of the Chernobyl accident was a turbine test that went wrong,” writes Plokhy. But he concludes that the accident was caused by a mixture of factors. There was a degree of human error and/or panic within a system where you were trained to avoid responsibility and wait for someone else to make a decision. Certainly something went unexpectedly wrong. And there was a likely design flaw in the components of the reactor, which some knew about and had attempted to correct.

All this was against the backdrop of a nuclear system that was being driven to breaking point. With the Soviet economy collapsing, nuclear energy was the only part of it that was thriving and there were rich rewards for anyone who could over-fulfil their quota (and harsh punishments for those who couldn’t). Chernobyl prided itself on its excellence. Hubris played its part.

This book is a catalogue of delusions and self-delusions, from the politburo’s delay in evacuating 50,000 people and their refusal to tell the public anything for weeks, to the long-serving party members who allowed their children and grandchildren on May parades in Kiev even though they knew there was a risk of radiation.

It’s also a story of heartbreaking, reckless bravery, of the thousands of firemen, police officers, doctors and military personnel (and, yes, some politicians) who risked their lives and health in the weeks, months and years afterwards to investigate and clean up a site in conditions that were virtually hopeless.

Many of their actions were futile and some may have made the situation worse. Within three months, 31 people were dead of radiation sickness. It is estimated that a further 4,000 will have died of radiation causes since. The area surrounding the reactor will not be safe for human habitation for at least another 20,000 years.

This history reads like an academic thriller written by Malcolm Gladwell. Without losing any detail or nuance, Plokhy has a knack for making complicated things simple while still profound. As moving as it is painstakingly researched, this book is a tour de force and a cracking read. No physics GCSE required.

Fiction: No Country for Young Widows 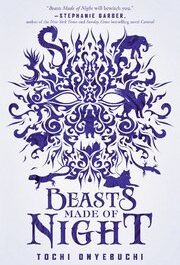 Nnedi Okorafor and the Fantasy Genre She Is Helping Redefine

Nonfiction: How a Villa on the Riviera Became the Year-Round Playground of the Superrich