“A Properly Unhaunted Place” begins evocatively, in a setting that is strange and full of questions. This fifth book from William Alexander, who won a National Book Award for “Goblin Secrets,” creates an unsettling tone of mystery. The book’s protagonist, Rosa, and her mother arrive at their new abode already defeated, though we don’t know why defeat permeates their lives. They have come to reside in a place where nothing is going on, but there should be something going on, and in fact there is something. But that something lies just beyond what Rosa is experiencing as she examines her new residence in the basement of the Ingot Public Library. Her room has no windows to view the outside world, but there is a landscape painting on the wall that represents (falsely) what lies beyond the wall. Rosa has no wish to unpack, as she feels this place could never be home. It has no use for her and her gifts, or the things she carries. It’s not until the end of the novel that we understand the belongings she has brought with her and their significance, but clearly, we are in the hands of a gifted storyteller. You may be asking: What exactly is happening here? But you turn each page, wanting, needing, to know.

Rosa and her mother, a well-known “appeasement specialist librarian” who helps keep ghosts calm and unthreatening to the living, have moved to a place that is apparently free of the ghosts that inhabit all other towns and cities. The spirits of the dead have been banished. Though some see the town as a perfect place to live, unencumbered by ghosts that represent an unresolved past, Alexander suggests that a place like that will only fool us into believing we are safe. Rosa, for her part, simply does not understand why her mother has been given a job where her talents are neither wanted nor necessary. In lieu of ghosts it is Rosa who feels like a specter in this place that is “not home,” but rather “just an underground room she happened to be haunting.”

There is a true art to writing mysteries – especially mysteries that involve ghosts and the people who understand the necessity of their presence in the “real” world. On the surface, Alexander’s plot is uncomplicated. Rosa and her mother arrive on the eve of the town’s Renaissance Festival, the only thing that ever happens there. Rosa and her new friend, Jasper, come to understand that banishment always backfires, as it has with the ghosts of Ingot. “The ghosts don’t go very far,” Rosa says. “I think they’re still here. All of them.”

Investigating the true purpose of the festival, they find that the only way to save the town from itself is by reintroducing the ghosts, who simply cannot be sent into a permanent exile. A proper relationship with ghosts must be established so that the past and present, the living and the dead can coexist in a balanced universe that is neither violent nor destructive. After all, as they realize, every place has a history and, as such, it is inconceivable to live somewhere that is unhaunted.

As Rosa comes to understand the reasons behind the founding of the Renaissance Festival, she discovers the price the town has to pay to hold onto its myth of being unhaunted. The citizens of Ingot gather each year to “mourn a history they don’t have and don’t even remember losing.” The town “might not know what it had lost, or why it was gone, but Ingot pressed against that absence like a tongue where a tooth used to be,” as Alexander puts it in one of his many concise, poetic images.

Helped by Kelly Murphy’s provocative illustrations, peppered throughout the book, Alexander has created a cautionary tale and a profound and beautiful work. (My only complaint is that there are not enough illustrations to make them absolutely necessary – I’d have liked more of them, but this is a rather small criticism). This novel explores the very idea of books, the purpose of libraries and the rather large theme of why the present must embrace a relationship with the past. It reminds us that if we are not brave enough to live alongside the haunting past, then we risk becoming nothing more than ghosts, haunting the earth but never inhabiting it.

Nonfiction: What a Survivor of Auschwitz Learned From the Trauma of Others 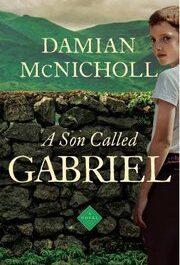 The Shortlist: Three Novels Set in Ireland Past and Present

Nonfiction: The 20 Years That Made New York City