The story of the three older intellectuals is both poignant and frightening. As a student Lev Gudkov wanted to be a journalist, but signed up for a lecture course by Yuri Levada, one of the only sociologists in the Soviet Union, and ended up doing surveys for the eponymous Levada Center, which he came to direct.

There was no discipline of sociology before the collapse of Communism; no one at the center had ever done a public opinion survey before, and Gudkov struggled to invent one. He was dealing with the issue in Gessen’s subtitle: What kind of regime was the Soviet Union, and what was emerging in its wake?

The book provides a straightforward narrative of the events taking place in Russia since the 1980s: the unexpected liberalization under Gorbachev and the heady years from 1989 to 1991 when many former Soviet citizens found themselves living, literally, in a different country; and then the regression – from the attack on the Moscow White House under Yeltsin in 1993, through two Chechen wars, the relentless rise of Putin and finally the Nemtsov assassination. Typically, the historical significance of these moments was not visible to Gessen’s interlocutors at the time. They were busy with their lives and personal struggles, but they found that politics became a crushing force that none of them in the end could escape.

Levada’s surveys revealed the existence of homo sovieticus, a fearful, isolated, authority-loving personality created by Communism. But in the early 1990s this type of individual seemed to be disappearing, and Gudkov was hopeful that it was just a passing historical interlude.

The number of respondents, for example, who thought that homosexuals should be “liquidated” began to drop. But, then, to his horror, the numbers began to rise again in the 1990s; under Putin it became clear that most Russians were not craving freedom or converging with their counterparts in the West; homo sovieticus was alive and well. In 2016 the justice ministry classified the Levada Center as a “foreign agent.”

The psychologist Marina Arutyunyan faced a similar vacuum, having been educated in a society where psychoanalysis had been suppressed. The fall of the Soviet Union opened the floodgates to a series of Western psychologists: Carl Rogers, Virginia Satir, Viktor Frankl and Robert Jay Lifton, each of whom represented complex traditions to which no Russian had been exposed. Western clinicians were accustomed to treating individuals suffering from deep psychological trauma. In the former Soviet Union, an entire society had been traumatized. The reformer Alexander Yakovlev discovered, once the K.G.B. archives were opened, the casual way in which Soviet leaders under Stalin signed death warrants for hundreds of thousands of fellow citizens, before being executed themselves.

Before he died in 2005, Yakovlev made it his objective to reveal these facts. Arutyunyan herself uncovered the story of her own grandparents: Her maternal grandmother had been a high Communist official, while her grandfather died in the gulag, unwilling to renounce either his ideals or his love for his wife. His memory had been physically erased, and under Putin the K.G.B. archives were closed once again. There has been a severe emotional repression of any inner feelings of guilt or sorrow in modern Russia. This is what the Putin regime represents: an entire society psychologically damaged and unwilling to come to terms with its own past, leading to a widespread depression and belief that the country has no future.

The most sinister figure in “The Future Is History” is Alexander Dugin, an intellectual who hated the Soviet regime and plunged into promiscuous reading of philosophical books, beginning with Nietzsche and Heidegger, once that became possible. Like Gudkov and Arutyunyan, Dugin was unmoored from any deep intellectual traditions, and like many self-educated people, began to wander off in some strange directions. When he could finally travel, he ended up consorting with a group of Western New Right thinkers whose underlying theme was hatred of liberal modernity and the worship of tradition. From there, Dugin invented something called Eurasianism, a mishmash of Russian culture, authoritarian government and worship of a strong leader. Today, he would like to cast himself as the unofficial ideologist of the Putin government.

Gessen returns repeatedly to the question of what sort of regime exists in Russia today. As the subtitle of her book suggests, she believes that totalitarianism has reclaimed the country. Western political science associated totalitarianism with several features, including state terror, total absence of civil society outside the state, a centrally planned economy and domination by a single party. Gessen successfully shows how Putin’s Russia has gradually acquired these characteristics, though in muted and less extreme forms.

The one missing piece is ideology. The Soviet Union was built on the enormous intellectual foundation of Marxism-Leninism. Putin by contrast has been grasping for an ideology to justify his rise to power, which is why he has found characters like Dugin useful. In his struggle with the West, as Gessen shows, the regime has whipped up hysteria over homosexual pedophilia, and presents itself as a defender of the traditional family and Christian values against an international LGBT conspiracy. This is one reason conservative groups in the United States and Western Europe have been steadily warming to Russia.

The one area where I wish Gessen had spent more time was in a deeper analysis of ordinary Putin backers, rather than an opportunist like Dugin. Polls, including some from the Levada Center, show high government support. But how deep is that support, how internalized are the “values” now being pushed by the regime and how long will they survive a prolonged economic stagnation? One cannot really label Russia as totalitarian in the absence of a strongly mobilizing ideology. I somehow doubt that fear of pedophilia will be a sufficiently grand cause to rouse a deeply traumatized people and make them great again.

Newsbook: 3 Books on Guns in America 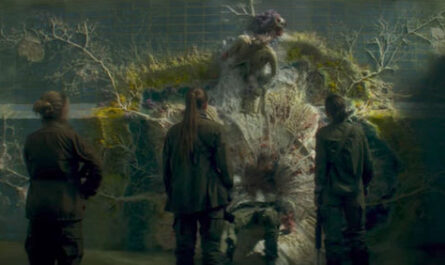