Prime Minister Boris Johnson has done a deal to leave the EU. He is desperately trying to garner votes to get that deal through parliament tomorrow. If he succeeds, Britain will leave the EU on October 31, and embark on a series of trade talks that will redefine Britain’s role in the world. 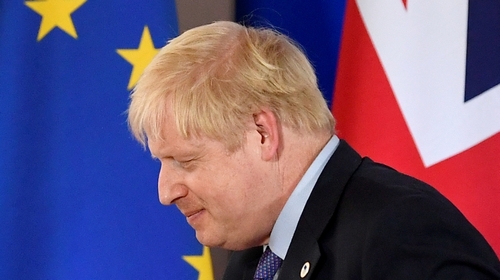 Prime Minister Boris Johnson’s deal is not so different from the one Theresa May negotiated, but he has three advantages over his predecessor, writes Dearden Reuters

For the first time in nearly 40 years, the British parliament will meet on a Saturday tomorrow. At stake is what sort of country it will become over the next generation. Will it remain in, or closely aligned to the European Union, or will it become a satellite of the United States? Will it become a deregulated, free-market “Singapore-on-Thames”, or will it start to finally redress the acute inequalities in British society which have led to the worst political crisis in modern Britain’s history? Indeed, will the United Kingdom as an entity still exist in 20 years time?

Boris Johnson represents that part of the British establishment which has always seen the EU as a break on Britain’s imperial pretensions and its ability to use trade deals to deregulate and privatise the public sector. This part of Britain’s ruling elite feel themselves closer to the US than the EU, which is why Johnson has put such huge weight on a trade deal with the Trump administration – a deal which would allow him to cement lower standards and push the UK away from Europe in perpetuity.

Will he succeed? The numbers are tight, and frankly, no one knows what will happen. Johnson’s deal is not so different from the one Theresa May negotiated, a deal which was overwhelmingly defeated by the House of Commons on three occasions. But Johnson has three advantages over May.

First, he has downgraded promises to retain consumer, environmental and workplace standards, and designed a much looser relationship with the EU. This is music to the ears of his Europhobic hard-right backbenchers, who see Brexit as a form of shock doctrine which can be used to shift power irrevocably away from ordinary people and towards the capital. Indeed, Johnson’s deal talks explicitly about the importance of freedom of capital, while ending freedom of movement for people.

Johnson’s second advantage is simply that he is personally trusted by the hard-right which is now in charge of the Conservative Party, in a way May never was. She was seen as a reluctant Brexiteer, without a deep ideological commitment to the programme of liberalisation.

His third advantage is tactical. It is becoming clear that any sort of Brexit is now in peril. If Johnson loses the vote tomorrow, parliament has legislated to prevent him from simply exiting the EU without a deal. How watertight that legislation is, remains to be seen, but it is clearly a major cause of anxiety for a government that has no majority and has lost nearly every vote it has put to parliament. A defeat for Johnson would likely be followed by an election or a referendum, and the outcome of either is still very unclear. For committed Brexiteers, even if they do not particularly like every aspect of Johnson’s deal, voting for it is the safest way to leave the EU.

However, if Britain is to leave the EU and diverge from the single market, there needs to be a border somewhere. If not between Ireland and the UK, then it would be drawn across the island of Ireland. But the EU has insisted that there be no border between the north of Ireland and the Republic of Ireland. Such a border represents a defeat for those in the north who want to be part of a united Ireland. A hard border could reignite violence in the north, and make life extremely difficult for those who live close to the border and depend upon free movement of people and goods.

Johnson has accepted the EU’s position. Although there are many legal niceties around it, in practice the north of Ireland will remain part of the EU’s regulatory regime. The Northern Ireland Assembly does have the power to change this in the future, but given the divisions in that assembly (so deep that it cannot even agree on a way to meet at the current time), it will almost certainly never happen. A united Ireland becomes a step closer. Johnson has undermined one British imperial project (Ireland) for another (Brexit) and will lose votes from the right of his own party as a result. What’s more, the fact that the north of Ireland has special status will enrage the independence movement in Scotland, another part of the UK to vote firmly in favour of remaining in the EU, but whose wishes have been overridden.

Tomorrow’s extraordinary parliamentary vote will be accompanied by a massive protest in London calling for a second referendum to let the people decide the outcome of this political crisis. Inside the House of Commons, party leaders on both sides will be working overtime to ensure their MPs back the leadership line – to approve or to oppose Johnson’s deal. The consequences are massive – not simply about membership of the EU, but what the British economy and British society will look like in the coming decades – and indeed whether the UK will even continue to exist.