However, the fed is focused on macroeconomic statistics, which is always late responding to changing market conditions. Moreover, if we consider the market as a whole, indicators such as the average yield on all corporate bonds is not a good indicator. For companies like Apple or Amazon the growth rates do not critical, and it kompensiruet good profit from the core business. You need to go down to the micro level, up to individual companies to understand how the growing trend that in the future the next twelve months can grow into a new debt crisis.

The reason for the degradation is simple: the abuse of financial leverage on the background of a long period of record low rates. The fed kept benchmark interest rate at zero for nearly 7 years, from 2008 to 2015. Never before in post-war history period of the minimum rates is not delayed more than a year.

Judging by the comments of the leaders of the fed, the regulator sees no reason to stop tightening monetary policy. From 1 October the rate of reduction of assets on the fed’s balance sheet reached a maximum rate of $50 billion a month, and in December will be another rate increase of 0.25 percentage points – up to 2-2. 25%.

The main mistakes of corporations

It is necessary to consider the situation in the automotive manufacturing sector. Until recently, the market does not attach importance to the structural problems of two major corporations – Ford and General Motors: reduced profitability due to competition with Asian manufacturers and the need for massive investment in fashionable innovation like electric vehicles with a long payback period.

But more recently, investors clearly began to avoid bonds of companies. The yield on 5-year notes Ford has increased 1.5 times – from 3.2% at the beginning of the year to 5%. The company has a tight schedule of repayments, in 2019-2021 years annually for the payment of interest and principal for need to spend more than $15 billion Further increase in interest rates could lead to a rating downgrade to “junk” level, an even greater Exodus of investors and without government support the future of the company can be very problematic.

Another typical mistake made by many corporations is ill-considered acquisitions, financed with borrowed funds. For General Electric, once the largest company in the world in 2018 became one of the worst in history. GE shares fell from the beginning of the year more than 40% and was excluded from the prestigious Dow Jones 30. The securities and exchange Commission and the justice Department began investigating the accounting practices of the Corporation.

The cause of the problems is that, using its high credit rating (“AA-” to the end of 2017, according to Standard & Poor’s), General Electric took almost zero real rates, which make it possible not only poorly informed purchase, but even to pay dividends in excess of net cash flow.

Although the situation at GE is not so critical as the auto manufacturers, and credit rating even after numerous depressions is at a good investment level “BBB+” from S&P and “A” by Fitch, – the new management GE in the coming years will definitely not have to deal with acquisitions and Disposals, and thoroughly prepare for peak debt payments in 2020.

The consequences of mega-activity M&A, stimulated zero-rated, will be felt for a long time not only American, but also European corporations. In 2016 Anheuser-Busch spent $100 billion (primarily borrowed funds) for the American competitor SAB Miller to create the world’s largest brewing company. Brewer had hoped to return the leverage ratio from 5.0 to an acceptable level of 3.0 by 2020, but over the past two years only increased the debt. After the publication of the last quarterly report the company’s shares in one day fell 11%. Reacting to the risk of credit rating downgrade, A-B InBev was forced to halve the dividend and go to economy mode.

An interesting story happened recently with the American Oracle Corporation. Fitch in early October lowered its rating from” A+” to “A” one of the seemingly most reliable corporate issuers, despite the fact that Oracle continues to generate more than $10 billion profit per year. Net debt software manufacturer is negative, that is the amount of money and liquid assets allows you to repay all of the obligations, without resorting to refinancing. However, the Agency didn’t like too much volume means that Oracle has sent for the redemption of its shares from the market. Fitch warned that if Oracle is the reduction of debt will do further acquisitions, the rating may again be downgraded.

A time of opportunity

The history of Ford, Anheuser-Busch and Oracle are just a few examples, but each of them can add quite a lot of well-known corporations. The tightening of monetary policy, the fed already leads to systematic improvements.

The rising cost of borrowing exposes the structural problems in the sectors of the “old economy”, which continues to provide the lion’s share of jobs. Activity in M&A begins to decline. Absorption on the borrowed funds spurred optimism among investors and provide a steady flow of funds into the stock market, which may now dry up. And even the most successful technology companies will have to reduce the generosity to its shareholders.

Portfolio managers and private investors should be very carefully study the credit quality of the bonds they purchase. Recommendation to adopt a critical approach to the assessments of rating agencies though banal, but it is especially relevant because a large proportion of well-known corporations clearly do not meet the criteria of a rating of investment level. Rating Agency with a delay, but still react to deteriorating credit metrics. Private investors, apparently, it is not desirable now to buy ETFs that invest in bonds of investment grade.

Passive funds will keep such papers till the last and get rid of them in lower, which would mean the sale late on already falling prices. For active managers the growing volatility will create not only risks, but also an interesting investment opportunity. It is important at the time of the sale to be in defensive positions, not to sell and to buy depreciating bonds of quality companies with potential for recovery ratings. 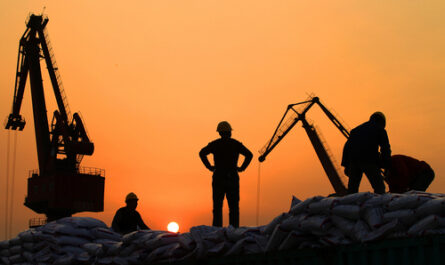 Is it possible to earn on the shares of NCSP 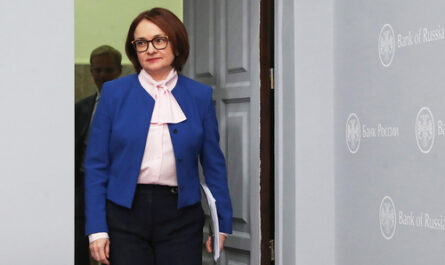 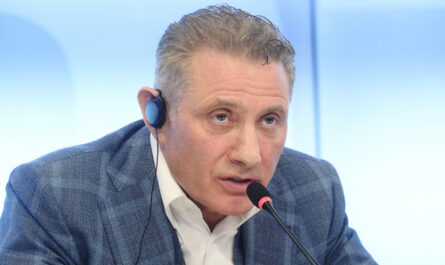