What to spend: health, poverty eradication

In the past decade, the couple invested through its own charitable Foundation Bill and Melinda Gates Foundation. The organization has invested about $2 billion in 70 initiatives and enterprises engaged in the improvement of medicine and the fight against poverty. Last year, the Fund invested in Indonesian Haladoc service that allows patients to contact physicians for online consultations, as well as in Indian company CropIn, developing data processing methods to analyze the crop. In addition, Gates has invested $55 million in startup BioNTech from Germany, which produces vaccines and drugs for immunotherapy for HIV and tuberculosis. All profits from these investments will be transferred back to the Fund.

The heirs of the Walmart Empire – longtime supporters of universal companies Charter schools. They implement the program, part of which will be issued bonds for $300 million, and the money will go to purchasing new equipment for schools and repairs. Alice Walton says: “Our initiative will help to return the spent on the repair money back into the classrooms, salaries of teachers and for the benefit of those for whom this is all afoot, for the sake of the students.”

Co-founder of Facebook with wife Priscilla Chan has invested more than $110 million in a dozen start-UPS through Chan Zuckerberg Initiative, the structure providing support to commercial organizations and makes grants to non-profit. Last year Chan Zuckerberg Initiative invested in Brightwheel, developer and operator of software in the field of Pediatrics, as well as Handshake, an inclusive platform for the recruitment of College graduates. The Fund also increased its stake in Andela, recruitment service, which connects technology companies with teams of programmers working remotely from Africa.

What to spend: different directions

In 2018, the former CEO of Microsoft heavily invested in education, health and public sector. In may last year, Ballmer and his wife Connie with insurance company Prudential Financial invested $30 million to the charity Fund for Community Outcomes, funding state and regional medical and public institutions. The Foundation allocates funds, for example, in the framework of the programme, giving the opportunity for employment for 2 000 people, who live in Boston and its suburbs, but not well speak English.

Michael & Susan Dell grant loans and provide the funds to commercial enterprises, the objectives of which coincide with the purpose of the Fund, and all profits from investments back into the Fund. In the United States they invested $1 million in BetterLesson, a company that allows highly qualified teachers to share their teaching materials via the Internet. In India, the couple provided a loan of $1.3 million microfinance firm Blowhorn from Mumbai and have invested in the Kings Learning platform for learning English online and offline.

As the founder of the charity, investment and human rights organization Emerson Collective, Powell jobs has partnered with businessmen and legislators to transform the social sector. Firm funded startups Ellevation, helping with learning English, have invested in software OpenGov for the conduct of public budgeting and developer network ecosensor Aclima. The widow of Steve jobs is also a member of the Board of Directors of the charitable Foundation Fund Rise, dealing with changes in social and environmental sectors. At the end of 2018, Emerson Collective has acquired a Pop-Up Magazine Productions, publisher of The California Sunday Magazine to promote journalism that gives a true picture of the events and inspires civic engagement.

How to spend: technology, healthcare

Together with his family the founder of the world’s largest hedge Fund Bridgewater Associates, has allocated for socially transformative investment a total of nearly $100 million Dalio especially keen on finding “ways to help the oceans” and funds for these purposes, production of documentary films. He also supports the Foundation’s Global Health Investment Fund, which provides funding for the purchase of medicines and vaccines against diseases prevalent in poor countries. In addition, Dalio investing in Accion Frontier Inclusion Fund. The organization is invested in companies that provide financial services to customers in emerging markets.

What to spend: environment

Through his family Foundation, former Chairman of the Board of Directors of Google Eric Schmidt and his wife Wendy have invested about $50 million to promote “a more reasonable consumption of energy and natural resources.” Funded startups like Aclima, collect and analyze data on air pollution, and BlocPower helping disadvantaged areas of new York city to improve infrastructure for greater efficiency.

What to spend: different directions

Along with his wife, one of the founders of Facebook changed the strategy of their Foundation, Good Ventures, and only grants not restricted. Just as in the case of funds gates and Schmidts, all the profit Moskowitz goes back to the assets of the Fund. In 2016, the pair invested in a manufacturer of vegan alternatives to meat Impossible Foods. At the beginning of this year, Moskowitz has financed the startup Sherlock Biosciences, which is working on a quick method of detecting viruses in humans.

Dagmar Dolby and her son David

How to spend: health, technology

The Foundation of Dagmar Dolby and her family Dolby Family Ventures, founded in 2014, is making a major bet on startups in the field of medicine. The Fund is not only looking for a cure for Alzheimer’s and various diseases of the brain, but also generously invests in companies engaged in the research of materials, for example, Opus 12, which he wants to produce carbon dioxide chemicals and fuel. Ray Dolby’s late husband, who died from Alzheimer’s in 2013, was founded in 1965 by manufacturer audio Dolby Technologies.

How to spend: upgrade city infrastructure

The first President of Facebook played a key role in the creation of opportunity Zones. Under this government initiative, investors were granted tax breaks in exchange for investments in areas with low income. The idea was expressed in the Foundation of the Parker Economic Innovation Group, which holds assets worth $15 million.

Among the most important investments co-founder of Yahoo! includes Zipline, a manufacturer of drones for the delivery of medicines in Ghana and Rwanda, Cala Health, a company that produces wearable neuromodulation device for those suffering from severe tremors in the hands, and Neurotrack, a startup working on ways to improve memory, particularly in patients with Alzheimer’s disease. Venture capital Fund Yang also participated in the Unshackled Ventures, organizations that provide financial support to startups-immigrants.

How to spend: environment, health

Fund Obvious Ventures, which Twitter co-founder helped to establish, is “useful for peace” investment and relies primarily on companies with innovative solutions to the most serious problems of mankind. So far, the Fund has raised approximately $315 million and has invested in 47 companies in its portfolio. Among the objects of investment – manufacturer of electric buses Proterra, and the company Beyond Meat manufacturing meat analog from vegetable protein, which this year is extremely successful IPOs. The organization even publishes a list of their values on a special form, which investors and founders can sign an official document in agreement with the principles of the Fund.

How to spend: involvement in community initiatives, technology

Co-founder of LinkedIn Reid Hoffman is arguably one of the biggest philanthropists in the field of socio-transformative investments. For this purpose he spent $1.5 billion of their own money. Hoffman invested in Segovia, a mobile service for payments with a low Commission. He invested in the Fund Rise and online petitions Change.org. Hoffman funds and funds engaged in environmental initiatives, for example the Breakthrough Energy Ventures, investing in companies with great potential to reduce emissions of carbon dioxide.

How to spend: environment

Qualcomm co-founder Irwin Jacobs has allocated millions of dollars to various institutions in San Diego and his own University of Cornell. Now he has high hopes for profits from the projects of social investment. Among these is startup for water purification CycloPure and manufacturer of environmentally friendly internal combustion engine Tour Engine. The businessman is also a member of the Board of Directors at Biological Dynamics is involved in research in the field of diagnostics of cancer diseases at the faculty of the University of California, San Diego. In this school, Jacobs, by the way, at one time taught, and subsequently allocated to the University in excess of $120 million.

How to spend: technology

Hip-hop artist, who rose to fame in the 90s with his smash hit All About the Benjamins, recently investing in a charitable Foundation Cultural Leadership Fund venture capital firm Andreessen Horowitz. The Fund was launched last year and invests in companies from the portfolio of venture giant, and all fees are directed to the needs of afroamericanas who make their first steps in the technology industry.

The first athlete in the annual Forbes ranking, which includes women who have achieved success on their own, established in April the company Serena Ventures. Williams is most interested in companies that are founded by women or minorities. An athlete invests in such companies as Propel, the developer of the system of food distribution for low-income Americans, and Impossible Foods, a producer of meats and cheeses made entirely of plant components.

How to spend: environment

The grandson of Warren Buffett teaches investments in sustainable development at Columbia University. In 2018, he released co-authored the book “Investing in social projects: how to engage partners in efficiency”, which introduces a level indicator of the social significance of income, which measures economic effect of socio-transformative investments. Buffett also involved in the process of establishing special economic zones. In addition, it provides financial support to the company’s KDC Justin Kamine Ag, participant of the 30 most prominent businessmen under the age of 30 years. KDC Ag is engaged in the development of infrastructure to reduce in the United States the volumes of emitted products, edible.

In 2004, former Vice President of the United States became one of the founders of the firm Generation Investment Management, a financing company, respecting the principles of sustainable development, as well as companies that provide services or sell products “for the benefit of carbon-free industry, of General prosperity, equality, health and safety.” In may, the organization raised $1 billion to Fund Sustainable Solutions. The first investment of the Fund’s investment in Sophia Genetics, a laboratory applying artificial intelligence to analyze and identify genetic predisposition to cancer, and startup Andela, intentional to solve the issue of a General lack of technical personnel by investing in talented developers from Africa.

Will Smith and jada Pinkett-Smith

What to spend: environment

Smith is known to movie lovers the defending humanity from aliens, hungry for the destruction of the Earth (will in the movie “independence Day”), and cold-blooded machines (jada in the Matrix). The couple is doing everything possible to save the world in real life. They invested in the company Quidnet Energy working in the field of renewable energy, and Just Water manufacturer of drinking water packaging which 82% is from plant materials. In addition, the Smiths – the Foundation’s partners Cultural Leadership in the investment company Andreessen Horowitz. 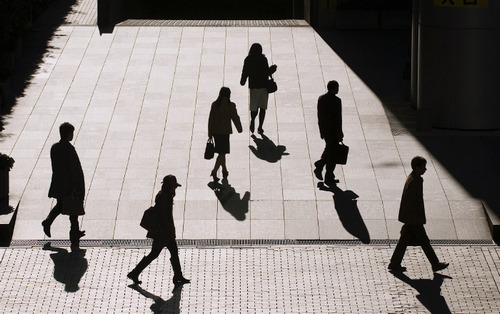 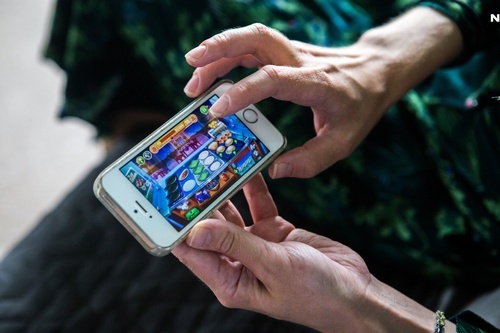 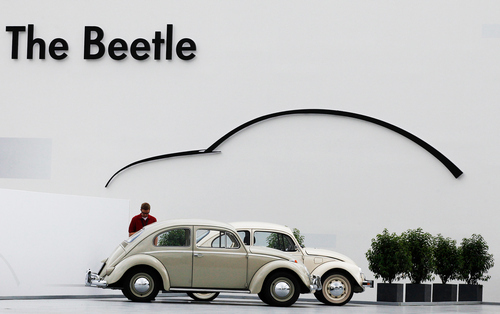