The following year, they created a catalog of watches and jewelry, and in 1893 started Sears, Roebuck and Co. – almost 100 years before founding Amazon in Seattle in 1994. Two years later, a pair of Chicago businessmen bought a 50% stake in Roebuck for $75 000 (about $2.2 million currently adjusted for inflation). Sales reached $750 000 and the iconic Sears catalog had grown to 532 pages: some of it was often called the “consumer’s Bible”, although there were those who used it as toilet paper.

The Internet before the Internet
In this company at the beginning of the XX century did 105 000 orders daily, the scale was such that it became an economic power, enriching or ruining suppliers, promoting their products, dictating the conditions of production. The city that housed its headquarters, flourished thanks to the huge warehouses and factories of this technology retailer. In this city open their offices for other companies: partners and competitors. State and local governments complained that the trading company is detrimental to the retailers in small towns. It was a Sears, Roebuck & Company in the early 20th century in Chicago.

In the middle of the 1880-ies Richard Warren Sears worked as a sales agent at the station on the railroad of the Minneapolis and St. Louis in North Redwood, Minnesota (USA) and gained experience in selling wood and coal. The knowledge came in handy in 1886 when a local jeweler refused to deliver a consignment of gold watches from Chicago. Sears purchased them himself, sold at a profit and ordered more. He founded the watch company RW Sears in Minneapolis, and then moved to Chicago in 1887 and worked with Alway Roebuck, a watchmaker from Indiana. They were both twenty.

Sears was the Amazon of its time, because its founder, Richard Warren Sears used two large network for service enterprises: Railways and the postal service of the United States. Mail was the Internet before the Internet: in the late nineteenth century the good old U.S. post office was still an innovation. The spread of the Telegraph, Railways and prepaid packages made communication and delivery cheaper than ever before, and when, in 1896, the postal service began free delivery to rural areas, all houses in America opened its doors for the Sears catalog. The Americans on their sofas looked through catalogs, jewelry, food and books, and providers are shipped by rail.

It is difficult to accept the widespread view that Sears has lost Amazon, conceding the development of the Internet. On the contrary, the company was a pioneer in online shopping, creating the predecessor of the global network. In 1984, together with International Business Machines Corp. (IBM) and CBS Inc. the retailer Sears has created an online portal Prodigy, built on the principle of the local network. It differed from the Internet, but largely determined it, offering e-mail, games, news, weather, sports, and shopping. Spending more than $1 billion on the project, Sears and IBM received less than $200 million from its sale in 1996. The project, along with many others, succumbed to the real Internet, providing consumers with a wider range of content at lower prices.

Not only watches and books

As and Amazon among its competitors in online shopping, Sears was the first retailer through the mail, but became the largest of its kind. Like Amazon, it all started with just one product category – the-clock instead of books. But, as in the case of Amazon, Richard Sears grew to include in their catalogs guns, gramophones, cars, and even food.

From the beginning the genius of Sears was that the company has positioned itself as a General store with an unrivalled range of products, often sold with a tiny margin.

Forming an extensive base of very loyal customers, Sears could buy cheaper from manufacturers and wholesalers. He ruled his flow of orders and huge warehouses, such as the Central facility in Chicago, where messages of different departments and collectors were sent via pneumatic mail. In the decade from 1895 to 1905 Sears annual revenue has increased by 50 times, with approximately 745 000 to $38 million (about $1.06 billion in current prices including inflation). For comparison, over the last decade, Amazon’s revenue grew 10 times.

Sears issued shares in 1906 in the framework of the first qualified public offering (IPO) in American retail – this was the first IPOs of well-known investbanka Goldman Sachs. In the same year opened a logistics center with an area of 40 acres in Chicago. Even Henry Ford attended the “seventh wonder of the business world” to learn about the legendary efficiency of the company and to learn the techniques of Assembly used in the system.

Subsequently, Ford has tested the strength of the business model of Sears, as the distribution of the vehicles made mail-order catalogs less relevant to rural customers. Sears adapted by opening retail stores in the 1920-ies, the proceeds from which have exceeded sales of the directories already in 1931: $180 million, or about $3 billion in prices of 2018.

When Richard Sears began to build stores, he relied on what in modern terms would be called “Big data”, but their source in the early twentieth century was the U.S. census. In the published Federal authorities tables responsible for marketing the retired General of the First world war Robert wood was seen as the country moves from rural areas to cities and then from cities to the suburbs. His plan: to follow them, opening retail stores. The post-war boom contributed to the growth in the number of shopping centers in the suburbs, and Sears could easily get what subsequently became the best locations across the country.

Sears built a shop where the census predicted growth, mainly in the South, southwest and Western United States. Data usage Amazon may seem quite different – an online retailer uses data about browsing web pages to predict what the customers want, regardless of where they live. But the company came to the same conclusion: Amazon has started to build offline stores in 2015, 21 years after its founding (Sears this decision took 30 years), buying Whole Foods and opening their own stores to compete with the supermarket chain Walmart.

Sears didn’t want to be the only Department store durable goods. Like Amazon today, the company has used its position to enter the attached enterprises. The retailer launched its own brands, including Craftsman, DieHard and Kenmore. In addition to his vast business of manufacturing of auto parts, Sears began to sell auto insurance under the Allstate brand. By the middle of 1980-ies the company was restructured, flourished, partly thanks to what has become a larger conglomerate, which owned Allstate Insurance and brokerage company Dean Witter. Sears is also trying to win the credit card market through its own Discover card in 1985. In 1981 she purchased a stock broker Dean Witter Reynolds Organization Inc. and the real estate broker Coldwell, Banker & Co.

We can say that the transition from products to services is similar to creating web services, Amazon or even the production of television channels. Jeff Bezos went far beyond the retail trade from the point of view of diversification, and include in its business Internet services and cloud hosting, original content, fashion, equipment and even space rockets. Analysts wonder why Amazon wants to sell diapers, a cloud-based infrastructure and TV? But even the seemingly bizarre decisions of the company based on the old principle of Sears is to become an integral part of the lives of consumers.

Last but not least the head

By 1993, Sears closed its national network of warehouses and stopped working with directories, and in 1995 Amazon delivered my first book, which became “the Computer models of the fundamental mechanisms of thought” by Douglas Hofstadter. In 2018, Amazon has become the most valuable company in the world, and Sears ended its 125-year history of bankruptcy.

Competition with Amazon is not accelerated the decline of Sears. When sales and profits began to decline in the mid-2000s, flourished other large retailers, particularly Walmart. In 2011, Sears has lost more than $3.1 billion, Walmart earned $17.1 billion in profits. Total sales of Amazon accounted for only 17% of the revenue of Sears in 2005. But while the revenues of Sears fell by 14% over the next five years, Amazon has grown almost four times. In 2011 the tech giant has caught up with Sears, and in 2013 passed him. In 2016, the revenue of Amazon was $136 billion, and Sears – $22 billion.

The company destroyed the whole chain is wrong. In the early 1990s, Sears could not see the competitor in Walmart, already laid claim to the role a leading retailer of the United States. Next was the sale of non-core assets during the recession of the 2000s, a failed merger with another distressed retailer Kmart in 2005. eventually, the profit of the combined company peaked at $1.5 billion in 2006, and in 2010 was reduced to zero. From 2011 to 2016, the company lost $10.4 billion In 2014, the total debt over market capitalization.

Now Amazon looks impregnable leader and wins the retail trade, as did Sears 100 years ago. All retailers of this magnitude are common. This innovative company moved apart boundaries of revenue, costs, resources, and marketing. However, such companies lose their way. Sears – extreme Chapter in this story, but probably not the last. 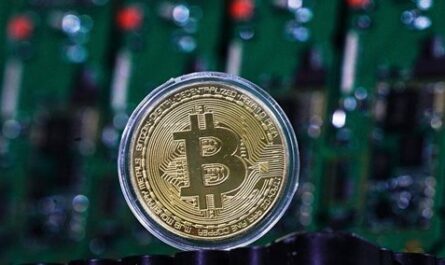 Experts predicted a rise in bitcoin prices this week 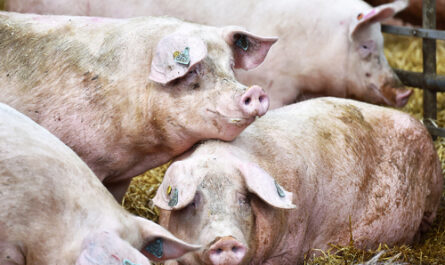 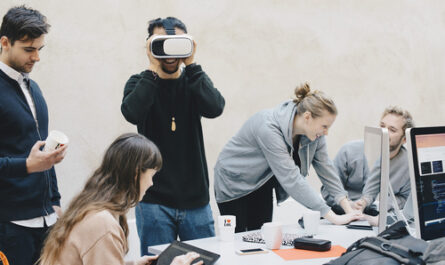