The North’s no better. Back in February 2018 financial intelligence of the United States FinCEN has issued a report on money laundering and corruption schemes in the Bank of Latvia, focusing on the activities of the second largest Bank in the country – ABLV. The Americans have accused the Latvian Bank operations with North Korea and legalization doubtful of capital from Russia, Azerbaijan and Ukraine.

In June 2018, the Central Bank of Cyprus has sent a letter to banks where required to get rid of the accounts of offshore companies established in Seychelles, Belize, the British virgin Islands. The Directive of the Central Bank of Cyprus contained new requirements to maintenance of physical and legal entities. from Now on, the Cyprus company must disclose to local banks the ultimate beneficiary, providing information including his income and source of wealth.

Banks have the right to demand from the customer any documents – copy of passport of the beneficiary to the discharge of personal income tax, as well as links to public sources, confirming that the company is not a dummy and is actually engaged in business. Against foreigners are even more strict rules: the foreign legal entity will not be able to open an account without the presence of real assets, financial statements and affiliation with the Cypriot company. Letter of the Central Bank of Cyprus, in fact, destroyed years of love Russian millionaires in the banking system of that Mediterranean island.

The threat of sanctions by the USA against ABLV led to the flight of depositors, they are taken out of the Bank about €600 million. Subsequently, the European Central Bank took the decision on its liquidation. The defeat of one of the largest banks in the region forced the authorities of Latvia and Estonia to declare a crusade against the gray of the capital from Russia. Countries have studied the possibility of confiscation of assets from suspicious customers and the introduction of the ban on the use of shell companies.

Refuse to work with Russian and brokerage houses. As found Forbes, ranking best brokers USA in 2018, compiled by Barron’s portal, only three companies out of 19 ready to open an account to a resident of Russia – Interactive Brokers, Lightspeed Trading, and owned by GK “Finam” Just2Trade. In contrast to the Russian brokers, they do not take the burden of the tax agent issues tax entirely borne by the customers. However, all of these companies are involved in the exchange of tax information, and so on will know about the assets of their customers from Russia. Besides, there are still risks forced closure of existing accounts with these brokers (as was the case with Russian clients one of the market leaders in TD Ameritrade).

The demand for ULIP, according to the financial advisers for the last year has increased by 3-5 times. It is analogous to investment life insurance (coli) is a tool that combines insurance and investment program. However, in contrast to the Russian coli, the policy unit-linked client can independently choose the contents of the investment portfolio. The owner of such insurance pays monthly fees or investing a large sum at a time. A smaller part of these funds is spent on contributory insurance, and highest in financial assets (stocks and bonds to mutual and index funds). If the client does not need to open a brokerage account. Investments by the policyholders of unit-linked is often called the “English way of investing” because it is believed that this instrument was invented by British insurers in the 1960-ies. However, the true homeland of unit-linked insurance and the main region of its distribution is India, says the analyst UK “Ingosstrah-Investments” Valentin Zhurba.

The demand for foreign policies unit-linked part of rich Russians was formed in 2015-2016, when tightened reporting requirements for foreign Bank accounts and foreign companies controlled by Russian residents. After the closure of customary jurisdictions and of the introduction of harsh restrictive measures of the USA in April 2018, customers have become increasingly interested in this product, although a sharp rise in sales was not, said the expert of Finance Department of UFG Wealth Management Natalia Smith.

“Banks that serve the policy is unit-linked, do not know who is its owner, therefore the client does not participate in the automatic exchange of information – she said. – If customer dissatisfied with the service Bank, where the assets purchased under the insurance policy, it can change it at any time, and it will be much faster than to open a new Bank account in his name.”

In addition, unlike the Bank which has the right unilaterally to close the account after another check, the insurance company may not deny an existing customer to continue to serve, even if he changed personal circumstances (change of residence, obtaining a position, in which the client became a politically exposed person). As said General Director of “Ehmkvarta. Personal Advisor” Natalia Smirnova, there have been cases when companies which are engaged in unit-linked, continued to work with new clients from Russia, but from the current Russian clients are not refused.

To access the policy unit-linked Russians may now in two insurance companies – Investors Trust Assurance SPC and Наnsard International, told Forbes insovency. Previously with clients from Russia and worked RL360 insurers, Generali and Old Mutual, but not long ago they ceased to accept applications from Russian investors.

The anonymity of investments and low risks of loss accounts are not the only advantages of foreign insurance. According to an independent financial Advisor, partner of Logic Planning Group Ilya Panteleimon, the policy is unit-linked and the assets acquired with it, you can’t split up in a divorce or to seek a court decision, they may not qualify creditors in case of bankruptcy of the borrower. This tool also allows you to solve the issue of inheritance in the design of the policy specifies the beneficiaries who will benefit from all the assets tied to the insurance in case of death of the owner. In this case, the heirs will not have to pay tax on the assets.

For such insurance has a system of deferred taxation: the owner of the policy do not need every year to pay tax on investment income – he will do it after the close of ULIP. Finally, the purchaser of policy unit-linked protected against bankruptcy of the insurance company, because the client’s assets segregated from the assets of the insurer, adds the founder and CEO of the company “the Personal capital” Vladimir Savenok. “Foreign insurance companies are now kind of safety valve – a resident of Russia can open an account and transfer money there without the permission of or on CB. After that he did not need to report their investments. The policy is open-ended, and the investor can sit in this times of uncertainty with the currency and tax legislation,” he said.

Theoretically, the insurance policy is unit-linked does not restrict the buyer in the selection of contributions, but the Russians prefer to invest big amounts. “Our customers purchasing insurance policy, adhere to more conservative strategy and invest nearly $5-15 million”, – says Natalya Smith of UFG Wealth Management. The CEO of General Invest Alexey Ishchenko noted that the insurance companies prefer to sell this policy to customers with a bill of $5 million

The volume of premiums under unit-linked depends on the class of instruments for investment. The buyer of the policy has the opportunity to choose moderately aggressive and aggressive portfolio of assets, subsequently, the strategy can be changed. If the investment amount is small (up to $1000-1500 per month), the client may compile a portfolio of mutual funds, stock and bond, says Ilya Panteleymonov. If the investor contributes a lump sum of more than $75 000 to 80 000, then he would be allowed to invest in any assets, a point selecting issuers and securities.

However, it is not all rosy. The attractiveness of unit-linked greatly reduce the high maintenance fees. “If the wrong person will select the program, term and the entry threshold of the Commission, especially in conservative investor, you can eat the whole income” – warns Natalia Smirnova from “Ehmkvarta”. She is convinced that in the case of a one-time contribution makes no sense to buy a ULIP policy less than five years. If we are talking about regular contributions, the program must last at least 10 years.

According to Mr Savenko, regardless of the amount of investments insurers are charging the client a quarterly fee in the amount of about $180 or $720 per year. In addition, the customer within five to eight years to pay the administrative fee. For the five-year period, it is 0.45% per quarter or 1.8% per year. After five years, the Commission disappears. The eight-year period contemplated by the Commission 0.3% per quarter, or 1.2% per year. For comparison, the average fee for the ETFs in the global market is 0.2–0.25% per year.

“So if a customer decides to invest through unit-linked, we suggest to invest in for eight years,” concludes Savenok. He warns that the five and eight years – a period during which the insurer can penalize the client if it decides to terminate the contract. The maximum penalty the complete closure of the policy is 8% is charged if the owner of the policy almost immediately after the purchase, will refuse him. The longer the investors keep their funds in unit-linked, the less will be the penalty for their withdrawal. Towards the end of the policy, he may be of the order of 1%. During the insurance, you can withdraw money from the account. And fine this operation is not taxed. The client can withdraw any amount, but account must remain at least 2% of the initial payment.

“The English method of investing” a lot of opponents. In the Internet you can find resources with the criticism of the foreign version of the investment life insurance. For example, the portal Anti-Unit-Linked due to the high commissions calls this tool “the murder of a long-term investment.” Analyst Valentin Zhurba noted that insurance policies do not have a legislative base in Russia, sell them only foreign insurance companies and their relationships with customers in case of dispute governed by foreign law. “The purchase of policies by a foreign insurer that is not registered in Russia, probably, will create problems with taxation at maturity of the instrument under Russian law, the tax preference for ULIP does not exist,” says Zhurba.

Partner, head of Department on work with key clients “Aton” expect Miftahutdinov recalls that, despite the anonymity attachments through policies ULIP, a Russian investor to purchase this product you must undergo a complex process of validation of foreign insurance companies. “Sanctions do not promote, but rather hinder the work with such tools so as to Russian clients attitude in the moment special,” – said the financier. Difficult to purchase insurance ULIP legal entity from Russia, points Savenok. Insurance companies require these customers a lot of documents explaining how the business of the applicant and what are the sources of his income. “To open a policy, the company will have to put a lot of effort and they can lead to a zero result. This is especially true for offshore companies,” explains financial adviser. 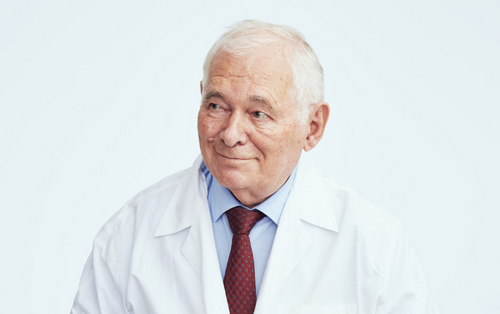 Foreign manufacturers have got us by the throat 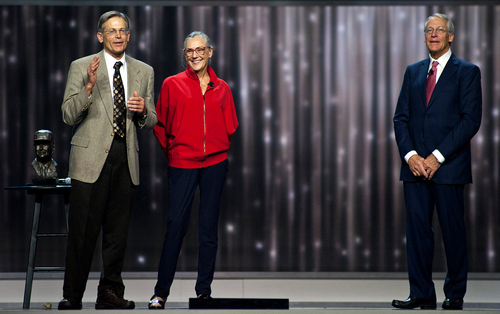 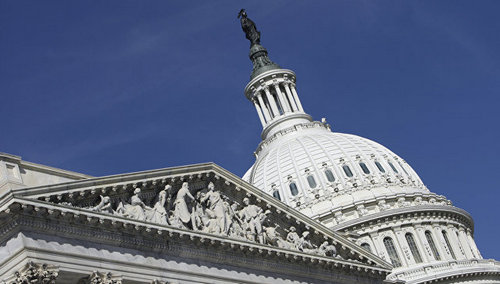