The story would go unnoticed, but a noble gesture of the automaker triggered a wave of publications in the media. In Russia alone, the number of mentions of this story exceeded 1000 in 2 days. All mentions of the brand, of course, are purely positive in nature.

Another story with a happy ending, which happened a month ago. During the fires in California nurse Allan pierce showed heroism and evacuated people from fire in his Toyota Tundra. After the incident, he posted a photo of the charred and melted cars on Instagram. Managers from Toyota have noticed the signal of the Pier and immediately responded to his post on the victim machine. They promised on Twitter to give the nurse a new truck.

It would seem that the story of Pier one-off, but a similar case was already at Toyota and in 2016. Then a resident of Louisiana Victor Sheppard wrote that drove his Toyota more than 1,5 million kilometres in 9 years. That is, every year he rode the distance in four times the length of the equator of the Earth. According to Sheppard, the truck had been in the service 117 times and only routine work from an authorized dealer. In response to the post driver got a new car to replace the old.

Events developed in a similar scenario: the managers of Toyota found a non-trivial publication of the user’s social networks reacted to it while “hot”, responded thus to enhance the “media” of the original message (drove 1.5 million miles – got a new car), spread the news in the media and social networks.

Sometimes a signal that demands attention is the problem of a competitor. Remember the scandal involving carriers “Gruzovichkof” and “Gazelkin”? It all started with a post in Facebook: founder edition Breaking Mad Zalina Marshenkulova complained on the page that the carrier “Gazelkin” refused to give her bought a sofa. “Gruzovichkof”, the main competitor, was informed, “could not resist the passions, freaked out and just bought a new sofa” Marshenkulova.

This step has brought the company growth in the number of mentions almost 10 times. Similarly, you can calculate the damage done to the reputation of “Gazelkin”.

The story perfectly demonstrates what good can be extracted from the data if monitor mentions not only your brand but also competitors.

How to make a story featuring the brand

The first rule is: connect the monitoring system and configure the desired semantics. If you are a small company and just starting to work with the references in the Network, a simple Google Alerts would be enough. Over time, better go to a full monitoring system of the type YouScan, Cribrum or Brand Analytics. They will help you to track mentions in media and social networks in real time, collect historical data and analyze them – of course, for the money.

Second rule: follow the results of the monitoring on a daily basis. Time “active life” posts on social networks 4-6 hours. If you come to the discussion tomorrow – no one will be interested. To view references several times a day – hard work, but the only way to find potential news hooks and to respond to the negative.

Third rule: always weigh the need to participate in potential history. Decide on the beach, what do you expect, is it possible to achieve in a particular situation, and how much it will cost. It makes no sense to make the auction of generosity or to intervene for any reason.

The fourth rule: the response should be stronger than infopovod. To lay in the story has enough potential for development, the response should be as unexpected and to increase the degree. If Toyota gave the characters a sweatshirt with a logo or a discount on your next purchase, this reaction wouldn’t deserve any attention. But it is so often responds to social signals most companies.

The fifth rule: take development into their own hands. There is no guarantee that the “social signal” and your response will immediately be the main news of the day. But you can increase the likelihood that it will happen. To do this, involve more participants (experts, opinion leaders, media) to issue, track the spread of news and heated interest in the topic. And remember, for everything you have 3-4 days in average events in the media and social networks live longer. 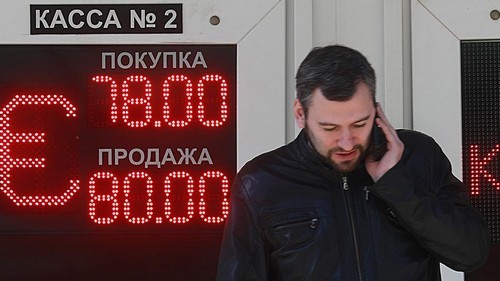 Russian money, and the Baltic banks have lost each other