For 2018 the most dangerous for Russia sanctions from the United States remained on paper, however, the Russian markets are reeling from mere news about the change of one or another framework in the country. We can assume that in the first 10 months of this year, US pressure on the Russian market has already substantially implemented – according to our estimates, 50-70%.

Worth a look on the dynamics of the ruble, which during this period has weakened 12.4%, to the end of October in 65,77 rubles per dollar. Large-scale depreciation of ruble-denominated assets happens when you save in paper form “chemical sanctions” towards Russia and sanctions “for alleged interference in the elections of the President of the United States.”

However, Russia’s special status in the sector of emerging markets, unfortunately, does not guarantee stability of the ruble and the stability of the Russian markets in General. A kind of payback for this difference of the country from other emerging markets has become a permanent threat of sanctions – the sword of Damocles of the Russian economy. In our opinion, the most harmful feature of sanctions is their flexibility. The Western establishment from time to time change the level of pressure, thereby depriving investors of the ability to predict the situation in the Russian markets even in the long term the next year.

Sanctions threats have also led to massive capital flight from Russia. Thus, according to the Bank, the net outflow of capital from the country in January-September amounted to $31.9 billion versus $13.7 billion over the same period last year (excess of 2.3 times). Direct investments of nonresidents in the domestic economic entities decreased 11 times, to $2.4 billion Also reduced the proportion of non-residents in the Russian Federal loan bonds in September to a level of 25.8% which is quite close to 2016.

In other words, we see not yet adopted sanctions inflict blow after blow on the Russian markets. In this light, it is especially important to answer the question: what should we expect of Russia, where us sanctions leave the paper and go into the real format restrictions.

Without regard to the impact of sanctions next year for the Russian economy, most likely, will be difficult due to the action of both external and internal factors. The main negative factor will be the contraction in consumer demand, that is one of the main drivers of the economy in the form of consumer spending will weaken. This weakening is caused by expected decline of the population in a recession or at least stagnation in real disposable income, which in September was back in negative territory, down 1.5% year-on-year.

Also worth noting is the increased risk of inflation associated with the weakening of the ruble and the increase in the VAT rate to 20%. Will put pressure on consumer demand and the implementation of pension reform, which will encourage citizens to “tighten their belts”. Decrease in consumer activity is due to the slowdown in the economy next year: we expect GDP will grow by only 1.3 to 1.6%. At the same time, even with such a substantial negative trends, the trajectory of growth will continue.

The strength of the Russian economy as a system fundamentals today are very large. High oil prices (so you can consider the quotes at $60 per barrel) form a large trade surplus. In the first 9 months of this year it has increased 1.7 times in comparison with the same period of 2017 to $136,3 billion.

A similar situation is observed in the current account, which in January-September 2018 showed an increase to $75,8 billion, or 3.8 times compared to the same period last year. Conservative economic and financial policy, while maintaining budget rules by results of three quarters of the current year and also creates a budget surplus of 3.5% of GDP. Russia’s foreign debt today is almost entirely covered by foreign exchange reserves, and demonstrated a continuous decrease in the third quarter of 2018 its size is $467,1 billion.

Policy of the Bank of Russia is very rational, inflation is held under the forecast of the trajectory of the regulator. This whole set of positive factors allows to estimate the fundamental exchange rate in the range of 55-60 rubles to the dollar.

If we talk about the most realistic of the possible sanctions scenarios, in late November, restrictions may be applied in respect of new issues of public debt of Russia under the ban can get dollar payments of several Russian banks. The realization of such a scenario, we expect that the ruble will weaken to levels 67-68 rubles per dollar (that would mean that now, in early November, the effect of the sanctions laid down in the course of the Russian currency by almost 70%).

So a moderate weakening of the ruble can be achieved by a rational policy of monetary authorities. Among the instruments of stabilization: the extension of the “freezing” of currency purchases for the implementation of the budget rules, the output of the regulator on the market with OFZ purchases, key interest rate and so on.

Less realistic, but possible is a scenario where restrictions will apply to all sovereign debt of Russia, including the old OFZ, and limitations in the calculations for the banking sector will be larger and will affect a large number of large state-owned banks. In this case, the ruble can move on to a deeper devaluation to levels 70 to 73 rubles per dollar (that would mean that in early November, the sanctions laid down in the ruble only 45-55%).

However, there is a more pessimistic scenario. Upon its implementation, Russia will be under the full impact of us sanctions and Western rhetoric will shift to the further tightening of sanctions pressure against both of the banking sector (disconnected from the system SWIFT), and the energy of the complex (steps to restrict Russian energy exports).

To date, the probability of such a scenario is very low. But if it happens, the exchange rate of the national currency is unlikely to hold even in the range of 75-80 rubles per dollar. The actions of the monetary authorities in this case are likely to wear corrective in nature – for example, a sharp increase in the key rate. The Russian economy during the implementation of such a pessimistic scenario is likely to return to recession.

We have to admit that Russia’s economy remains vulnerable to sanctions pressure. For enhanced durability, structural reforms are necessary that can change the nature of economic growth from extensive to intensive. The economy must get better incentives at the expense of investment and consumer demand and exports…. And in the current environment, you can only hope to keep the positive dynamics of exports, as well as for the implementation of “economic growth” at the expense of large state infrastructure projects. 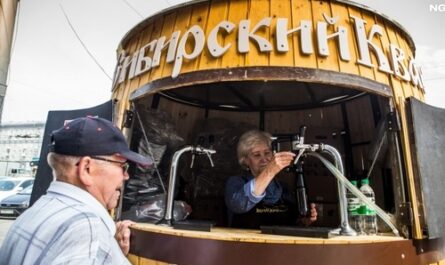 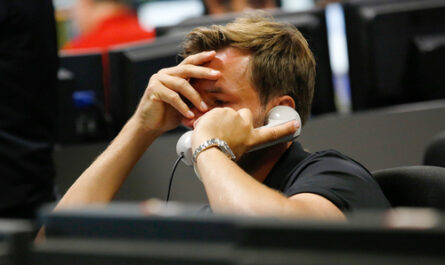 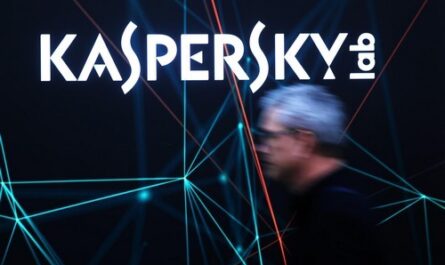 The Specter of Kaspersky Looms Over Russian Cybersecurity Firms