Here one might object that the rise in interest rates together with the lowering of the forecasts for trade wars (the two main risk for the stock market in the opinion of the average investor) should lead to a compression of multiples. However, we not only see risks, but on the contrary believe that in the current situation, the multipliers should be higher than the historical average.

So the income of 10% per annum on investment in shares (including dividends and excluding tax) is considered normal for a long-term investor, because as many have brought investments in the stock market with all its UPS and downs.

If we talk about the long term, the valuation multiples at which the estimated S&P 500 index did not indicate on his summary. Now the forward P/E ratio (that is the current price divided by forecasted earnings per share in 2018) for the U.S. market equal to 16.6, which is below the historical average.

What are the fundamental reasons for the growth of the American shares?

First, it is low inflation. In the United States in recent years, the consumer price index is within the 2-3% is the ideal level for the stock market. On the one hand, this is a fairly high rate, which stimulates investment, with another – it is not high enough to affect the real rate of growth of earnings.

Secondly, this high growth in net profit. Based on current forecasts, growth in earnings per share (EPS) for U.S. companies will be approximately 10% per annum in the next 2 years (we deliberately do not consider this year to be a positive one-off effect from tax reform). These forecasts are hardly overstated, as they already take into account the negative effect of trade wars. Nevertheless, it is almost 50% more than the average growth rate of EPS in the post-war era. And the faster growing EPS, the higher should be the multiplier.

Thirdly, it is the sustainability of the business. We used to call the American stock market developed, in contrast to, for example, from the developing Russian market. However, developed markets also continue to evolve. For example, increasing their diversification. Now the US stock market there is no sector whose weight exceeded 20% (the weight of IT just in the region of 20%). In second place is health care with 15%, and the rest occupy a smaller share. It also increases the volume of service companies that are not so heavily dependent on economic cycles.

For comparison, in the 1970s and early 1980s, the industrial sector (Energy, Industrials, Materials) occupied half of the S&P 500 index. And if you add to them in the technology sector, which in those years also can be attributed to the industrial, the weight increases to 60%. Now industrial corporations account for only 18% of the S&P 500, IT-sector, almost half is made up of service companies. It is believed that the more stable the business, the more it should cost. But for some reason nobody thinks about it in relation to the entire market, not individual companies.

But it’s not just the animators. Shares, as well as other asset classes do not exist by themselves, and to talk about how road they or cheap, it is necessary in comparison with alternative investment options.

Good alternative to stock are bonds rated “BBB”. So, the spread between yields of such securities and the return on invested capital in the stock market (inverse of P/E for the S&P 500 index), while it narrowed in 2012, but is still significantly above 0. This suggests that U.S. stocks still better than bonds, in terms of profitability.

The conclusion is that stocks are cheap on their own and relative to other asset classes.

Drivers for the future

Of course, the stock market is designed so that growth is needed not only cheapness, but also some drivers. They are generally divided into two categories: reducing risks and improving forecasts.

From the point of view of risk reduction we very much hope a deal between the US and China, on the basis that the conflict parties act rationally and will not arrange a trade war for the sake of war.

Also note that the President of the United States Donald trump claims credit the rapid growth of the stock market. In this regard, it is noteworthy that his rhetoric concerning trade relations with China relented after prices collapsed in October. So we believe that the market decline may increase the likelihood of concluding trade agreement between the White house and Beijing.

If to speak about the increase of predictions, it should be noted that the expectations of corporations financial indicators for the year 2019 we seem to be quite conservative. Top managers of many companies used a trade war as an opportunity to give a more conservative forecast for the future, so next year it easier to exceed the expectations of investors and to show himself an effective Manager. Most likely, in may after publishing first quarter results, we will see povsemestno increase forecasts to 2019.

So do not be panic – better to use the correction to enter the market or increase positions. 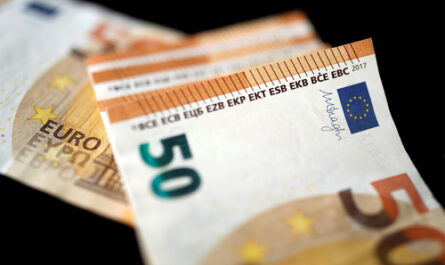 Time Scam, the Russians will be difficult to save money 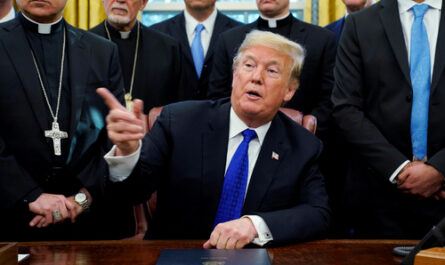 What the outcome of the battle trump against China