The Bank gave the answer of Cyril Minovalov that neither he nor the affiliated entities are not involved in the buying and selling of shares over the last year. In July last year, the Central Bank restricted the right to vote Minovalov ten percent of the shares. At that time Cyril Minovalov directly or indirectly owned more than 98% of the shares and even buy less than 0.5% of the shares, Forbes said in “Avant-garde”.

The shares were not purchased from the market, it was the formal acquisition of the other affiliated institutions and the Bank’s lawyers considered that the approval of the Central Bank is not required, since the control and possession of previously agreed. But the Central Bank found that even a slight change in the proportion must be agreed. After this requirement has been met, the Central Bank lifted the restriction.

The fact that the Bank is trading so high relative to capital, inspires thought about the artificial nature of the story, says the chief of analytical Department UK “Arsagera” Artem Abalov. “Perhaps it is caused by the actions of individual market participants, and the main owners of the Bank this can be absolutely not involved,” he says.

Shares of “Avangard”, which are traded on Mosberg, very illiquid, transactions take place every trading session, says analyst “Discovery Broker” Timur Nigmatullin. According to him, while the free float is less than 1% strong volatility can cause any major deal. “Also created a wide space for manipulation, and anyone interested in the decline or rise in the stock price could make it happen,” he adds. “Now, for example, a popular scheme that often uses the cryptocurrency market – Pump & Dump (“nakajimi and drop”), in which the stock price is initially dispersed, and then, when other speculators and a growing liquidity – sell them at an inflated price,” says Nigmatullin.

CB did not answer the question Forbes about how not attracted any attention of the regulator a sharp jump in the value of shares of “Avangard”.

The Bank has always been a small free-float, today it is 0,0028377% stake in the Bank. “I have always had 99% of its shares”, – said Minovalov Forbes in 2013. Any other shareholders (among them was “rosshina”, AMO “ZIL”, Magadan gold mining companies) was always present in the Charter capital rather nominally, no one was even 1%. “In the 1990s to have the Bank shareholders with no name was wrong, and I myself was interested to known the names sounded in the media,” said the banker. While officially he admitted that he is the owner of “Avangard”, in 2002.

In the case of these illiquid securities, such as shares of the Bank “Avangard”, a tiny volume to “accelerate” its capitalization. In the end, the market capitalization of the Bank on Mourge of 15:00 April 12 was 61.3 billion – about 2.6 capital. This figure may be the envy of any Russian Bank. For example, Sberbank is traded on the stock exchange a little more than one capital.

20 March 2019 Avangard has announced its intention to pay on 2018 dividends in the amount of 2 billion rubles (against paid 500 million rubles in 2017). This decision could provoke the purchase of shares in March and February and increase their value accordingly, says a senior Moody’s analyst Semyon Isakov. But even if we assume that the purchase of shares and their growth rates are associated with changes in dividend policy, still not all Russian public companies can boast that they traded at least the balance of the price, and in this case we are talking about stocks with low free float, adds Artem Abalov.

It is unlikely this is due to the dividend policy, as the return on Bank shares is still low at 3.2%, says a leading financial adviser “BCS Premier” Anton Berliner. The reasons of rise may be different – in particular, Bank stocks can be used as collateral for some deal, and in this regard it is important to maintain their cost at a certain level.

The big story of the sharp rise of prices of illiquid shares occurred in February of this year, with securities of OJSC “United credit systems” (ACS, NPF “Welfare” owns 41% in Absolut Bank). The company’s shares are in free float of less than 1% in less than a month rose by about 6,000 percent. February 25, the value of the shares of OKS were at a record level 55 490 rubles per share, company by market capitalization has overtaken the ALROSA, Polyus and “Yandex”.

In the end, Mobira suspended trading securities, and a shareholder AUX – NPF “Welfare” – has complained to the Central Bank with a request to verify the transaction and subject to market manipulation, noting that the fair price of the shares is not more than 1000. Mackenzie Bezos, was involved in the creation, Amazon 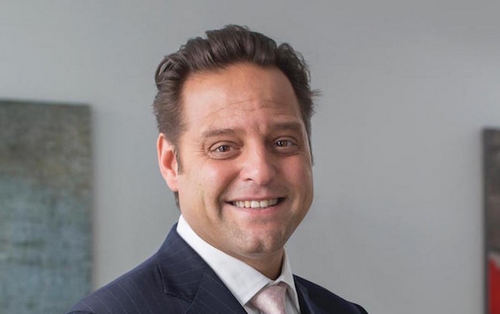