Forbes remembered the most striking statements of Michael Bloomberg.

In 2000, Bloomberg won the election for mayor of new York and held this post for 13 years. He has repeatedly stated that he is ready to fight for a seat in the White house. Will he be able to become the second President of the billionaire in the history of the United States?

Management is like skiing. You will not be a super skier, reading a book on skiing. Management learn over time when you have to manage more and more a group of people to make increasingly difficult decisions and live with these decisions.

People often think: “Oh, I’m successful in the same business so I can Excel in all businesses”. I don’t think that’s true, partly because every industry requires different skills, and partly because a very large part of the success is due to the banal luck, although nobody wants to admit it.

Some companies resist innovation and inevitably fallen by the wayside, because people always preferred to deal with something familiar than with new and incomprehensible. The basic principle that governs our company is ahead of the curve and risk.

What I don’t like guys who come to get a job, so that’s what they all say: “I cured cancer. I have brought peace to the Middle East.” I’ve had enough! How about: “I Have no father my mother was in prison for drug trafficking. I worked in three shifts at McDonald’s”. Who am I really hiring is a guy who cares about his family, because he would take care of others. Some of us are deprived of a great mind, but persistent, diligent and have a good chance to survive. I’m not the smartest guy in the room, but I will not be processed.

We compete for employees from Amazon, Google, Facebook, Microsoft and a couple of other companies.I try to interest people? I said, “If you work on them you make rich people even richer. Come to Bloomberg – all profits of the company goes in the Bloomberg Foundation, and we all give it away to charity. And secondly, if you come to us you’re not a small cog in a big machine, we’ll give you real responsibility.”

MBA plays a big role, but the main thing in study is to learn how to interact with people. I have not seen such work, which could be done by one person. And as much as I learned from Harvard, I learned from two guys at Salomon Brothers – Billy Salomon and John Gutfreund. In the end, all need is social skills. No matter whether you remember it or not, that Columbus sailed to America in 1492 – a bunch of facts in your head is not material.

I’m not smarter than the others, but I can work more than you. Make sure that every day you come to work first and leave last. This is the key to success. Do not be distracted by lunch or toilet, work. You don’t even know what opportunities will come to you. Every opportunity that has opened for me – and there were lots of them – appeared, because I was in the right place at the right time. It’s in your hands. You can’t control luck, but the more you work, the luckier you become.

Be persistent. Persistence pays off. When I started my business, I bought a coffee and walked with him to Merrill Lynch, which was our target audience. I walked the halls, greeted people, offered them coffee and asked if I talk to them. Not even understanding where I come from, they still took the coffee. I came again and again in an attempt to build relationships with potential customers. So I studied the target audience and its needs. Three years after the company Foundation, Merrill Lynch purchased 20 terminals and became our first client.

You came to me and said, “I just quit or lost a job. What do I do?” My answer is wait a couple of months, evaluate the situation, because you will see things you even could not think. And immediately it would be a shame for something to grab. And what is available to you from the first day will be available after a couple of months. And if not – so what?

Only you are responsible for your success or failure. But you can succeed only if you share with the other.

At the end of the day ask yourself: “if I Change other people’s lives?” I made the first donation of $5 for my Alma mater – Johns Hopkins University soon after his graduation. I had to literally scrape together the money, but continued to give. And though today the sums have become more, the feeling remained the same. Do not have to be rich to give. You can give you, for example, their time and skills. You have to make a commitment to help others.

Never stop learning. The most powerful word in English is “why”. There is nothing more powerful than an impartial inquiring mind. Whatever the field you choose – be a perpetual student. The world is full of people who have stopped to learn, they think they have it all figured out. No doubt you have already met and will meet. Their favorite word is no. They will find a million reasons why something cannot or should not be done. Don’t listen to them, don’t let them stop myself and not become one of them if you want to realize yourself and change the world for the better.

Risk. Life is too short to waste time trying to avoid mistakes. In 1981 when I was 39, I was fired with the only permanent work in my life, work that I loved. But I’ve never looked back. The next day I took the risk and launched his business based on the idea that nearly everyone thought would fail. On the idea that information about the financial markets should be available on a personal computer. Remember, this was before everyone had computers. In 2001, when I thought to run for mayor, many tried to dissuade me. They are all afraid of failure. But one man said, “If you can imagine how giving a speech after the defeat, then why not try it?” It was the best advice, and I followed.

In order to succeed, you must be prepared to lose, and to have the courage still to accept the risk.

Not achieve the goal – not the worst. The greatest failure is to miss the opportunity.

If there is a God, when I get to heaven, I will not stop. I will head straight inside. I’ve earned my place in Heaven. It is not even discussed.

The poorer the country, the more its citizens suffering from non-communicable diseases. We are exporting our bad habits from the rich to the poor

I’m funding politicians across the country – those who in their programs will have to fight against guns and for education. But the problems of the world are great, they are very large and require a lot of money. New York spends $22 billion a year on schools. Private money cannot replace government because of the scale. But they allow you to do things you can’t afford to do on public money. Private money can Fund pilot projects. In the case of public money you have to say, what goals are trying to achieve. If this fails, the press says that you failed. Surprisingly, in science, if you went on some way, and this turned out to be a dead-end path, it is very valuable. The point is, you have to try a lot of things. And in this moment appears the need for private investment. The essence of innovation is that you don’t know if it would work, how it will look, buy it people.

In the end, capitalism is fine. He makes people do what suits them.

We need to stop making scenarios of possible Apocalypse, which will occur over decades, and should talk about the instant benefits that will give us the fight against climate change. The reduction of greenhouse gas emissions is one of the best things we can do to save lives, reduce disease, improve lives and stimulate the growth in the number of jobs. They want it all.

Half the people in the world live in cities. After a couple of decades in cities will live for 70% of the world population will live in cities. The problem of climate change in the cities. Problem solving – also in the cities, not the governments. Creativity, which can cope with these challenges is in the cities, these challenges have the greatest impact. Therefore, in 2005 the organization was founded C40 – cities community to combat climate change. It started with 18 cities, now he was joined by 91 of the city. The city is the key to saving the planet.

My advice to Donald Trump to hire experts in their fields regardless of their political affiliation, to give them the opportunity to take responsibility and be allowed to work, even when things happen that he did not disagree. And even if they make decisions with which he disagrees, and which are incorrect, it needs to support them. If you don’t give people confidence that you support them, you will not be able to get the best shots, you will not be able to keep them. 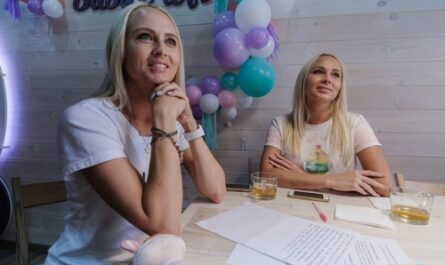 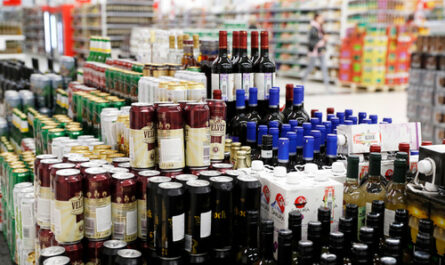 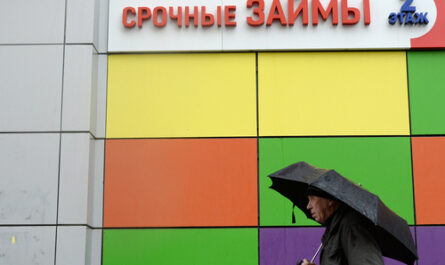