The Russian business is similar to a large eared white or grey hare, who turns 18 in a snowy forest, running away from your fears, and can do nothing to stop, and say, “Yes, anyone not from behind. It’s just fear.” This should be a lion do not stay hare. That’s all that happens. The hare runs and runs. Fear of crisis, fear of what tomorrow will take away business}, from fear that “the day after tomorrow I will say something or do something and something happens. And then certain events will affect me and I will lose everything.” All the time fear. We live in total fear.

In the 1990s, when he moved to Moscow, scope of business have changed. He built the consortium “BIN”, worked for five years in the state Duma, and by the early 2000s, he established and headed “RussNeft”. Today it occupies the 58th place in the ranking of the largest private companies of Russia. In the mid-noughties that Gutseriev started to have problems. In 2007 the Investigative Committee has accused him of illegal entrepreneurship. The billionaire was forced to go to London and sell “RussNeft” to Oleg Deripaska. He was able to return only two years later – as he said himself, thanks to the participation of the head of Sberbank German Gref and the owner of AFK “Sistema” Vladimir Yevtushenkov.

In 2010, all charges against Gutseriev were dropped and he was able to regain RussNeft. After that business rates, which he manages together with relatives, began to grow by leaps and bounds. In 2017, the Central Bank sent to reorganize the Bank, created in the early 1990s and former financial heart of the Empire Gutseriev. But this did not prevent the billionaire to take control of almost a third of the market of home appliances, buying and combining of retailers M. Video and Eldorado. And in may 2018 Gutseriev celebrated its 60th anniversary at the State Kremlin Palace. He was congratulated by almost all Russian pop music – billionaire not only owns radio stations, where to put their songs, but also writes poems for them.

Well, what I’m a workaholic? I am an ordinary man, burdened by high financial and production problems because of the crisis.

I don’t go on vacation. Only on business trips. Not that I feel bad on vacation. Just not interested. To go deep in the sea. What could be more stupid? As you can just lie on the beach? One briefs pull to the buttocks was clear, another chest will show. There are children present. All smear each other with some kind of ointment. Migrant workers from the Philippines are watermelons, cocktails, mixed on who knows what. All sitting on plastic chairs. The man is serious can withstand all of this? Well, I understand still – loving young man with a girl, wild beach.

I’ve only got five hours of sleep. I squeezed out of minutes, sixty seconds. I turn a moment in shestidesyatisekundnoy mileage.

I’m trying to squeeze all that I God has measured out. It’s not a quirk, it’s a lifestyle. I feel that the only way to live in the rhythm of this time. How much information, how many people around the world finally opened

Wealth is an obligation, a duty. Wealth is difficult, we need to hold him, to develop. It’s not a chest, where Golden ducats, and you languish over them every morning. It assets, it is necessary to work and continuous improvements, fixed assets, depreciation, which is constantly going on. It is necessary to invest, credit commitments, personal commitments to people, to banks, tax deductions, permanent risk, fear of bankruptcy, before market before market expectations. It is a constant stress. Wealth is good when its you uncle or aunt left a legacy. And all the rest is commitment, great work.

Though I will soon be 60 years, but when it comes to innovation feel like 20-year-old. And all new technologies that appear in the industry, I take as a basis and always try to apply them in the workplace.

If I wanted to get rewards, then I Wikipedia’d the biggest list. But I never asked, and I do not need. This is ridiculous. I was already blessed. I have a family. I have talented children and many friends. There are plenty. I can write poetry and music. At my age there is still a health. I’m building a new factories.

Without Steve jobs, without Him there would be many innovations. And in IT-technologies, medicine, and industry. Without the same Sikorsky would not be a good helicopters. Therefore, these people – the people of science, business move humanity forward. Therefore respect them. In the Soviet time gave the order, medals. In the West the attitude is different. In Russia now the situation is at a turning point, I think. When society is strongly stratified, when a lot of poor people, where pensioners get $300, of course, in such a society do not really like rich people.

We believe that the owners can no longer control the asset owners should be separated from managers.

Today the business is not one that is earned, and that is not lost – it is good business.

I’m three times all was lost and started over. Start now in fourth.

If you are the captain and you are two of the iceberg, you get up to the helm and not going to sit in the cabin. I became Chairman of the Board of Directors of all major actors, because I have experience.

We are continuously running all credit obligations. In the history of our family (if you call family, I did not like: not the family is working – there are hundreds of thousands of people, Russian and non-Russian) in my entire life until it was a day that I have not paid interest and body.

All opened, and we opened. The business has become civilized. We quietly become a developed country.

Worked as a loader, nakatsuka, shop foreman, production Manager, chief engineer and General Director of sewing Association. In Soviet times, in my submission there were more than 30 factories. He cut well, and sewed a hidden seam, and hem, and overlock bridging.

If you invite me to your birthday, then I as a gift will ask artists and they’ll sing for free. It does not have money.

Remains the family’s feelings – jealousy, love, hatred, jealousy. The war will remain. Lifestyle changes, others are flat. You come in to the youth and glass everywhere, it’s different, uncomfortable. They do not like carpet, heavy Drapes. I love the classics. So some moldings were heavy curtains, sofa. Winter on the street, dirt, went into the house – there is a light on the floor carpet. Makes me feel warm.

Children should be home in time. The girl is six. The boy – nine. If the kids are late, then something happened. They can’t come. Later, after school, the girl was allowed to go back to nine, the boy at twelve. As long as they do not marry and do not marry. No one can smoke. No one can drink. Swearing is impossible. No one can argue with a mother or father. They don’t even discuss.

In Russia will never be the family business, because there is no corresponding right in the prevailing culture, we don’t like rich people. We are all different. We have a family business is seen as the mafia clan. 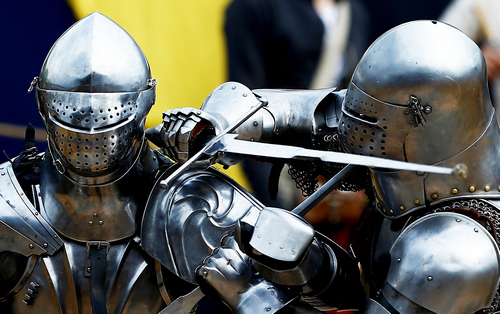 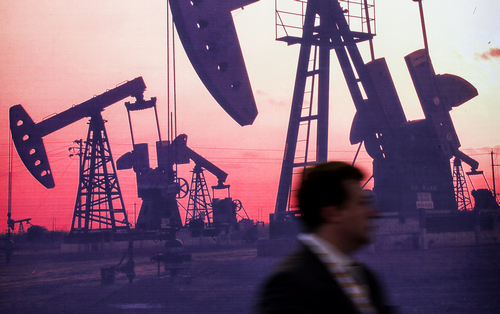 The company Alekperov and Abramovich, attractive for shareholders