This summer in Novosibirsk, there are far fewer points with street kvass. Partly they were replaced by wooden barrels-kiosks, in which the drink is poured from beer taps. Officials state: interest in street kvass falls – for a year the points for its sale have become almost half that. The journalist NG.S. BUSINESS hardly found kvass on the street, the sellers of which assure that their drink is still in great demand than the one in stores, and learned from the kvass producers what trends are on the market, why the niche of street kvass was gradually occupied by retailers and what sorts of this drink offer to Novosibirsk.

Permission for street trading kvass issued in the administrations of the districts of Novosibirsk. As counted in the mayor’s office at the request of NG.S. BUSINESS, in 2017 in the city issued 45 passports of mobile objects for tankers with kvass, in 2018 – 25, that is, almost half as much. This summer on the streets there were fixed points for the sale of kvass, stylized as wooden barrels .

Competition for street kvass in recent years are hypermarkets, which began to make kvass of its own production. If new wooden barrels now stand on the metro line, then the usual iron, on wheels, is not easy to find. The sellers themselves confirm that because of the competition their points have become smaller. Now they are not at the exits from the metro, but, for example, at the Zheleznodorozhnikov Palace of Culture, the Central Market and at the Uchitelskaya Street, there are several barrels in the area of ​​the fifth microdistrict road. Kvass in them is made by LLC “Novosibirsk Beverages Plant” (in addition, PA barrels are indicated by PA Volnykh).

“It’s all about competition. Firstly, kvass stores are full, but a lot of artificial. I believe that the only natural kvass left is ours. People prefer artificial, because it does not get sour, chilled and fizzy. I’ve been working for 15 seasons, so I’ll tell you for sure: there were fewer questions about the cleanliness of the barrels this year. They are washed every two days: they bring us a barrel for this time, and then they take it back. If something is not sold, then poured. 900 liters in a barrel on idea, but bring 400 for two days. At the station, everything is usually canceled, “the seller said near the Novosibirsk-Main railway station, Elvira Ivanova.

Director of Marketing of the company “Brotech”, which deals with equipment for the production of kvass, Denis Sobolev sure that the main reason for this is the low quality of kvass from barrels:

“In conditions when a good natural kvass from Novosibirsk and Altai producers appeared on sale, people refuse to take street food,” he said.

Kvass from beer taps in the street is bottled in kiosks-barrels with products of LLC “Bochkarevsky Brewery”, which belong to the partner of the plant. They claim that their kvass is more popular than the kvass.

Wooden barrels “Siberian kvass” with products of LLC “Bochkarevsky Brewery” belong to the partner of the plant. On the photo – Anna Khromova

“On the streets, it seems to me, they began to buy more, because people are approaching, they take kvass and say that there is some other technology in stores. The man said yesterday that he brought a bottle of kvass home, began to open, and she blew it up – there is some kind of fluid, and we have everything in kegs, clean and neat. I, for example, sell 100 liters of kvass a day, “says Anna Khromova, who sells kvass near the metro station” Zaeltsovskaya “.

The fact that such a kvass is bought more often is considered by the seller Sofia Bazarov from the metro station “Marksa Square”: “On a day when it’s hot, two or three kegs can be sold – 30 liters each. When cool – one and a half kegs. On the street, kvass is often in demand, because it is convenient, you do not need to go anywhere specifically. ”

The marketer of the “Drinks” direction of the “Bochkarevsky Brewery” LLC Inna Kobyakova also notes that the number of mobile barrels in the last two years has noticeably decreased, and explains this by the fact that consumption of kvass becomes more “cultured”. “There is no reduction in our product, on the contrary, this year kvass” Andreich “was sold in the network of pavilions” Siberian kvass “. Buyers appreciate it for its rich bread taste and consistently high quality, “Kobyakova assured.

Maria Bey, Director of Marketing and Advertising of LLC “The Siberian Siberian Giant,” notes the priority of quality: “At one time there was a flourishing of bottle kvass of long-term storage, but there are preservatives in it, so people often took a drink on the street from barrels, where it is relatively fresh.

Now, apparently, this niche is occupied by hypermarkets. Still, quality control is much higher, and there is someone to turn to if the goods do not meet the declared quality. ”

Own production of retail has occupied a niche of kvass of non-durable storage. Maria Bay says that both kvass and mors are high margin products. Many of the supermarkets produce their kvass; Gigant Trading Holding has been engaged in this for a long time – about five years, in the nomenclature there is an okroshechny and home, bottled in a volume of 0.5 liters and 1.5 liters. According to Mary Bay, the drink is in demand: the main sales of kvass in the holding’s stores are own production, more than 60%.

This is how the Morse of its own production is presented in Gorozhanka, and kvass ended at the time of the shop’s visit by the journalists of the National Security Service

“It is produced in” Giants “,” Megasas “and” Townspeople “- kvass is produced locally. Now the equipment is mounted on one of our points, so that there is a centralized production. This is done in the first place in order to ensure a stable quality and availability of kvass. In addition, it is a time-consuming process that requires certain areas. There we are already producing fruit drinks for the entire trading network, and I think that until mid-August, after installing and debugging equipment, kvass will be launched and bottled, “explains Maria Bay.

In the supermarkets of homemade food “Dobryanka” and “Bakhetle” also has its own production of kvass according to traditional Russian recipes: classic tastes – bread and Russian, as well as black currant, raspberry, mint, birch sap and barley. The shelf life of this product is 72 hours.

“In our opinion, the tendency of the kvass market growth that has been outlined in recent years will continue in the near future.

Profitability of production of bottled kvass with long shelf life, despite the pronounced seasonality, attracts more and more producers every year.

The variety of approaches to the preparation of this drink is great. And not all, unfortunately, do it in good faith. However, people increasingly began to think about health and choose fresh and healthy products, “- the head of PR Department” Dobryanka “Elena Peregontseva is sure.

Inna Kobyakova explains that in this way, hypermarkets are guided by the trend of “home food”, so along with the fruit drinks produce homemade bread kvass – such as if it was placed at home in a traditional three-liter jar.

A liter of kvass in a beer store costs 47 rubles, from “Bochkarey” – 75 rubles, from the “Novosibirsk Brewery” – 40 rubles

According to Denis Sobolev, over the past decades, large producers of kvass have learned to artificially create a “natural” sourness by adding to lemon or lactic acid kvass. This is done, in his opinion, to please the speed and cheapness of production. Therefore, he explains the demand for kvass in hypermarkets by the fact that the beverage is made from natural raw materials (malt, crackers, raisins) using a real starter – this is a symbiosis of yeast and lactic acid bacteria, which give kvas the characteristic sourness and health benefits. The most popular varieties, in his opinion, are bread and okroshechny. But there are also unusual now, although the traditional varieties – apple, mint, with horseradish and so on.

Sobolev is sure that the consumer is tired of surrogates and wants to drink natural kvass – and this gives a chance to break into the market for beginners: “For small manufacturers, now there is a good chance – to make a quality product for which the consumer is ready to vote with a ruble. Therefore, we believe that in the near future, many small industries will be opened that will brew real kvass and eventually will supersede surrogates from the concentrate. Certainly there will be proposals on street kvass. The market does not tolerate emptiness, and this niche will necessarily be taken by the most inventive, “he concluded. 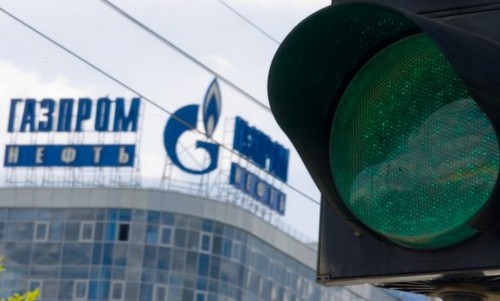 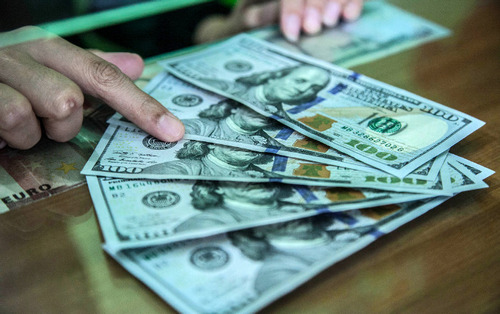 How will weaken the ruble, because of the policy of the Central Bank

Airlines are trying to cram ever-more seats onto planes