I spent the first 25 years of my professional life building two companies–Wilmar and Interline–a business that started out of the trunk of my car, and is now owned by Home Depot. In the end, it became a company with 2,300 employees and 58 locations stretching across the U.S., Canada, and Puerto Rico.

After that, anything seems easy, right?

Well, as it turns out, one of the hardest things for me to do was retire–which was supposed to be the easy part after working that hard for 25 years. And while I was finding my way out of semi-retirement, I learned more about failure than I had in all those years working full time.

Here are the three things you should keep in mind when overcoming your fear of failure.

Doing nothing is not an option.

In my retirement, I was having a great time being a full-time Dad to my three kids and building a summer home with my wife. I was happy, healthy, and bored stiff. I wanted my next adventure.

After helping a friend rebrand his financial advising firm, I wanted a bigger challenge. I found it in the form of Crestar Partners, an opportunity that fell into my lap. Crestar Partners would be my second company–and my first attempt at building a private equity firm.

Crestar was a huge part of my entrepreneurial journey, and taught me valuable lessons I’ve kept with me for years, and talk about at length in my book, All In. It was a big risk to hinge my re-entrance to the business world on a company I had little experience with, and had a significant amount of money involved in its success–mine, as well as that of trusted friends and colleagues. For the entire year before finally starting Crestar, I was afraid of failure and couldn’t commit to anything–my biggest fear being that if I failed at another business, I would be viewed as a “one-hit wonder.”

Some people will decide not to act because they are afraid of things not working out. I didn’t want to be one of those people.

Besides, by taking action, you are already one step closer to avoiding failure.

Take the risk: If you did it once, chances are you can do it again.

Part of the reason I felt so confident in starting Crestar Partners was because I had spent the last 25 years building something from nothing. I knew how to bring a company from concept to fruition–and how to build it into something great even after it became “successful.”

I believe that if you’ve done something once, there’s a very good chance that you can do it again, even if what you’re doing seems risky.

Learn this lesson as soon as you can: after failure, you have to continue trying.

One story I remind myself of often is Michael Jordan not making his high school varsity basketball team. That’s right–arguably the greatest basketball player of all time was once considered an average athlete. He had to spend the next year playing on Junior Varsity and working tirelessly to improve and grow for the following year’s tryouts.

We all know what happened for Jordan after high school. But what’s important in this story, is that Jordan said when he got tired or wanted to give up, he would close his eyes and see the Varsity list without his name on it. Then he would work out a little longer and a little harder.

With Crestar Partners, our first investment, US Maintenance, went over without a hitch–we nailed Varsity our first year, so to speak. What I didn’t know then was just because you have a big hit immediately doesn’t mean you’re going to strike gold every time.

But then we invested in a company called Coffee Bean International and it was one of three investments we lost money over the next three years. Had I let that defeat me, and not used it as a learning moment to push me forward through our next investments, Crestar Partners, would not be as successful as it is today.

When the five-year marker came around, we’d made investments in nine companies: three were very successful, three were average, and we lost money on the last three. However, our fund exceeded a 20 percent annualized return. It was the combination of mostly successful investments with a few not-so-successful ones that showed me that not everything had to be “all or nothing.” The whole experience is what gave me the confidence to do anything and not be afraid to fail ever again.

Failure is just one more problem to be solved. If you’re going to fear anything, it should be losing your ability to try–that’s scary. 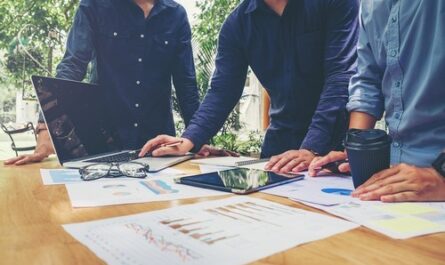