Starting your own business may seem impossible, but I’ve done it multiple times, with the most recent experience being in June 2014 when I created Heitner Legal from scratch. While the initial expenses can be daunting, the long hours exhausting and the odds of success seemingly overwhelming, if you’re going to make it in the world as an entrepreneur, finding your key motivations and sticking to them is crucial.

It’s obviously easier said than done, but almost 4 years later and my law firm is flourishing despite myriad commitments outside of the law including writing here and on Forbes as well as finishing a second edition of my book How to Play the Game: What Every Sports Attorney Needs to Know.

Here are some thoughts on how to stay motivated in the presence of challenges.

Most aspiring entrepreneurs try to latch on to what’s popular or what they think will be the quickest path to success, but the ones that actually end up building something special are the ones who aren’t afraid to go their own way. For example, entrepreneur and real estate veteran, Albert Preciado says he was sitting on his girlfriend’s couch daydreaming about starting The Mortgage Guys when his gut told him to just go and do it.

So he did. He designed a logo, got his license, and filed for incorporation. Then he and his wife set up shop in the cubby at the top of his parents’ staircase. Now, he runs a business that has originated more than $1 billion in residential loans, and closed more than 2,400 real estate deals since 2005, with more than 30 employees.

If your gut is telling you it’s time to take action and follow your dreams, then do it.

Say what it is you want to do, and then do it. You may think it can’t possibly be that simple, but setting specific goals with markers each step of the way will not only get you from point A to B, but you’ll feel like you’re actually making headway.

Empires aren’t built overnight. What’s more important are the small, consistent steps all along the way.

3. Surround yourself with motivated people.

Nobody gets anything done working beside short-sighted, negative people.

In order to see your vision through to the very end, it’s going to be imperative that you surround yourself with people who will push you to be the best version of yourself. This means peers and fellow entrepreneurs, mentors, even the people you work beside or employ. Everyone in your immediate vicinity should be a positive force, helping move you one step closer toward where it is you ultimately want to be.

I have kept my operation at Heitner Legal very lean since its founding, but relied heavily on my main associate from the start. As I said recently, I’m grateful every day for his hard work and dedication, which pushes me to work with passion as well.

We can’t all be completely stress free, unfortunately, but there are ways to manage it that will stop worries and frustrations from becoming obstacles.

I recently wrote that your work shouldn’t consume your life, but you should recognize and accept that it is a key element of your livelihood and embrace that. Don’t try to separate it, as it will only lead to unnecessary stress.

Entrepreneurs that crumble don’t take the time along the way to address their stress. They let it pile on, and pile on instead of asking themselves what they can do to refocus that energy into something more productive, and also more empowering.

There will be days where you think you’ve made a huge mistake in starting your own business. Self doubt is a natural, if unfortunately persistent, side effect of entrepreneurship.

“You start having doubts, like ‘Maybe I should have just never done this. I should’ve kept working for another company and not have taken this extra risk,’” says Preciado. “But when you have those feelings, you just have to fight them. Never, ever give up on your dream, because there’s no point in living if you’re not going to go all in on whatever it is you love most.”

One way to help keep things in perspective is to pause at every win or small accomplishment along the way. Remind yourself of where you started, and why you’re building whatever it is you want to build. These little moments of celebration will help you remember you’re on a much longer path.

The whole reason you started a company in the first place is because you love it.

So many entrepreneurs begin their ventures with excitement, only for this passion of theirs to become the primary point of stress in their lives. You don’t want to be that kind of entrepreneur.

The best way to stay motivated over the long term is to constantly remind yourself of why you’re doing what you’re doing, and to find new ways to have fun along the way. There is no greater reward in life than to live what you love, every single day. 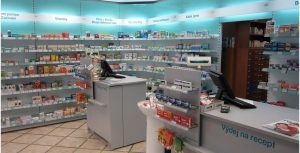 How to open a pharmacy?

How to open a flower shop 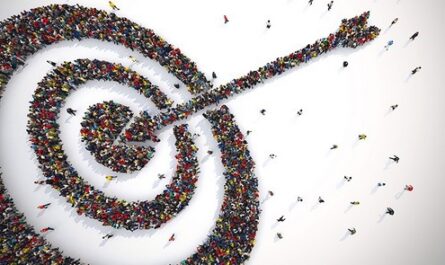 Why even small practices are cybercrime targets