We’ve seen it over and over recently, with passengers on United Airlines, Southwest Airlines, Delta Airlines, and now American Airlines.

They witness or endure something disturbing: a dog placed in an overhead bin; a toddler and family kicked off a flight. Then, through a combination of passion, determination, immediacy and direction, they make the story go viral.

Now, a passenger who says her son nearly died aboard an American Airlines flight is taking things beyond social media–working with national lobbying groups to try to change the law. She says she hopes to prevent what nearly happened to her son from threatening anyone else’s life.

The passenger, Francine Ingrassia, a stay at home mom from Long Island, says it all comes down to whether airplanes should be required to carry epinephrine auto-injectors. She told me in greater detail than has previously been reported what happened to her son aboard American Airlines flight 1028 from Aruba to Miami, and how the experience has transformed her into an activist.

“I don’t want to bash the airline,” Ingrassia told me repeatedly during our several conversations, adding that American’s flight attendants and other personnel “did a great job” given that the airplane didn’t have the needed medical equipment.

Instead, it’s about changing the law to affect an entire industry. That includes her planned testimony on Capitol Hill in May, and a Change.org petition she launched, which is directed at Sen. Charles Schumer, and has more than 8,000 signatures.

The account below is based on Ingrassia’s daunting story and that of other passengers, including an exclusive interview with the nurse practitioner who happened to be on board, and whose quick action likely saved her son’s life.

Ingrassia was sitting in first class with her four children, on their way back from a school break vacation in Aruba.

“My husband surprised us,” she said, explaining that he’s a CPA–so this time of year is his busy season, and he wasn’t on the trip. As they settled in, the flight attendant offered snacks, including warm nuts.

Her 10-year-old son Luca ate a single cashew, and immediately began to feel sick to his stomach. He’d never had any food allergies before, and he kept quiet at first.

“He didn’t want to complain. Finally, when his throat stared to tickle, he said, ‘My stomach is killing me,’ and he had chest pains,” she recalled. “Cashews? We always had lots of them in the house.”

“Before you even knew it,” Ingrassia said, “she was quick as can be: An announcement, ‘We have a medical emergency. If there are any doctors or nurses, please come to the front of the plane.’”

“We need an EpiPen!”

Back in coach, Kellie Hopkins, a nurse practitioner from Missouri, heard the PA announcement.

“They took me right up to the mom and the little boy,” she recalled.

Ingrassia explained about the cashew, and the flight attendant offered Hopkins a stethoscope and blood pressure cuff. She quickly diagnosed that Luca was in anaphylactic shock–“a severe, potentially life-threatening allergic reaction“–and told the flight attendant that they needed an EpiPen.

There were none in the airplane’s medical kit. While the aircraft had Epinephrine vials, it didn’t include EpiPens. So, the flight attendant made another PA call, this time for any passengers who might happen to be carrying one.

Hopkins tried to use the teenage passenger’s EpiPen but it didn’t work. Later, she wondered whether the EpiPen was defective, or whether it was because “my adrenaline was in overdrive, seeing this little boy, and you can tell he was in distress,” she said.

“It will be okay”

The situation was now dire. The captain got clearance to land in the Dominican Republic due to the medical emergency, as Hopkins got ready to use Grinstead’s EpiPen.

Grinstead said she’s been dealing with allergies her entire life, and was “shocked” to find out that airlines don’t carry them.

“I’ve had to use it twice, and it’s terrifying. The first time, I was 17 and I was hiking,” she said. “I can’t imagine finding out about an allergic reaction for the first time at 35,000 feet.”

Hopkins tried to reassure both Francine and Luca Ingrassia, as she prepared to use the second EpiPen: “It will be okay.”

Luca seemed to get better almost immediately after the injection. By this time, the airline had patched a physician through via phone, and Hopkins consulted with him. Together, they decided that it wasn’t necessary to divert the flight to the Dominican Republic.

Hopkins stayed in the front with the boy for the rest of the trip, keeping an eye on him, worried about a potential rebound attack.

“I’ve worked in an emergency department for 11 years,” Hopkins said. “It doesn’t matter how many times you’ve seen this, and it’s a lot scarier on the plane. Thank God somebody had the EpiPen, because I would hate to think what would have happened to this little boy. He was struggling and he was definitely in distress.”

They were met by paramedics when they landed in Miami.

“How bad was it?” one of them asked Hopkins, apparently, but incorrectly, believing they were out of earshot of the Ingrassia family.

“It would have been fatal,” Hopkins said.

Luca hadn’t known the word before. He asked his mother: “What does fatal mean?”

“I was so filled with emotion”

The paramedics cleared Luca to continue on the second leg of the Ingrassia family’s trip, back to New York. The next morning, as they were about to leave for a follow-up doctors appointment, Ingrassia recounted her story on Facebook.

“I was so filled with emotion, and I wrote that first post. I didn’t even look at my writing. It was terrible,” she said, referring to some typographical errors.

It quickly took off, and journalists started contacting her. Later, a camera crew from CBS television showed up at the door. (“I said I just came from the gym!” she recalled. “They gave me an hour” to get cleaned up before the interview.)

Besides the press, however, as the story picked up steam, Ingrassia heard from lobbyists and public advocacy organizations, asking her to come to Washington to share her story with lawmakers.

A bill to require airlines to carry EpiPens aboard stalled a few years ago, and advocates are trying a new tack now: attempting to get the provision included in the law that reauthorizes the FAA each year. She’ll be heading to Capitol Hill in May.

Asked for comment, an American Airlines spokesperson told me in an email:

“The medical kits onboard our aircraft comply with federal regulations and contain Epinephrine – the same medicine contained in an Epi-Pen. Our professional flight attendants are familiar with the contents of the onboard kits. They are able to provide general First Aid and are trained in CPR and using an AED.

But we require a licensed medical professional to administer more extensive forms of treatment like injections for the health and safety of our customers.  Between 2011 and 2016, there were only five cases where Epinephrine from our medical kits was administered to a passenger or crew member onboard one of our flights.

You may want to reach out to first responders, but as you will find out, most states don’t permit even EMTs to do injections.”

Hopkins said there’s something to that concern, but she said she supports the idea of requiring airlines to carry EpiPens–with proper training for aircraft personnel.

“You’re only going to use it in an emergency situation, so absolutely,” she said, they should be carried on planes

Besides, Ingrassia stressed: The issue isn’t whether airlines are complying with the law as written. It’s about whether the law itself should require something more.

“It was terrifying for it to happen in the skies,” she said. “I just want it to change. I’m a strong person. I’m not going to stop. I’m going to make this a mission.”

At IBM, I Got A Glimpse Of What Our Quantum Future Will Look Like 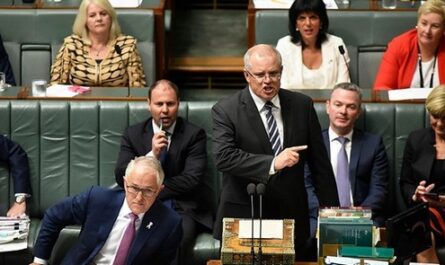