Maybe you remember Martin Shkreli, who first became famous as the so-called “Pharma Bro” back in 2015 (and then, the “most hated CEO in America.”

Then, he started a PR and social media campaign to suggest that anyone who didn’t like what he did was stupid.

It explains the explosion of schadenfreude when he was later indicted and found guilty in a completely unrelated stock fraud case.

And it also explains the metaphorical gasp that was heard across the Internet when Shkreli’s bail was revoked, and he was sent to the Brooklyn federal detention center in September.

Heck, even one of his good friends out here in the free world told a newspaper she was worried for his safety in jail, because “he’s not a popular person. “People threaten him on the Internet every day.”

But it turns out, they needn’t have worried. Shkreli apparently has turned on the charm–and also reportedly hit the gym.

Shkreli was back in court, where the federal government is trying to get him sentenced to a lengthy prison term, and also convince a judge to make him forfeit $7.3 million in assets.

There was no decision from the judge–he’ll be sentenced in March and faces a possible 20 years. But the New York Post reports Shkreli has “bulked up in prison” and is getting along fine.

There are no photos, only courtroom sketches, but at least according to the Post, Shkreli looked a lot harder and stronger under his blue jail uniform.

“He’s got his prison muscles, the Post quotes a “source close to the defense” as saying. “They like him in there. … They don’t put their arms around him and say ‘Give me your money’ like they do to other new prisoners… they like him.”

Shkreli’s real danger might stem from how the judge in his case calculates the amount of money (if any) that his victims lost as a result of his fraud and conspiracy convictions.

Shkreli’s lawyers claims they didn’t actually lose anything–the government contends it’s between $9 million and $20 million, and possibly more. The distinction could mean the difference between a sentence of 16 months or less, or else one that could potentially last decades, according to CNBC.

In addition to Shkreli’s appearance in court, we’ve had a few other insights over the past few months into how he’s been faring behind bars.

There are also two letters that he’s sent which have been made public–one to a friend named Lisa Whisnant, and the other to a Brooklyn-based media company called The Tab. He seemed like he was doing okay in both letters.

“Jail has some redeeming qualities,” he wrote to The Tab. “It’s probably the most social environment I’ve been in. … There is camaraderie akin to a military setting. You learn just how lucky you are, you help others out, learn cool slang, watch BET all day. Great times!”

Separately, he wrote Whisnant, “Things are not THAT awful here. … There are some bright sides. I am teaching these prisoners some new things and hopefully some ways to change their lives.”

As part of that effort, Shkreli was looking for books–including a dozen copies of Spencer Johnson’s Who Moved My Cheese. Self-help books like that are a coveted commodity behind bars, the Post reported.

In case you’d like to get to know the so-called world’s most-hated CEO, or else just do something nice for a few thousand men confined at the federal detention center in Brooklyn (or, if you’re just curious), here’s the list of books Shrekli apparently wanted.

You’ll also need the federal website where you can look him up to send mail or packages from direct-mail retailers. 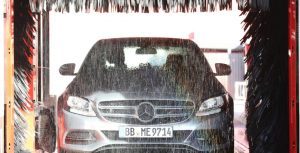 How to open a car wash? 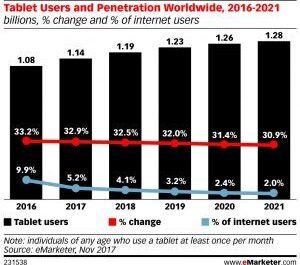 Smartphones Take a Bite Out of Worldwide Tablet Market

54 thoughts on “America’s Most-Hated CEO Got Buff in Prison, and People Actually Like Him There. (Here’s What Happened)”