Quantum computing is the hot new thing. With Moore’s Law ending, there is a mad rush to find a new avenue for advancement. To optimists, quantum computing will fit the bill nicely and we’ll make the transition smoothly. To pessimists, the technology will kill encryption and bring down global commerce with it.

Neither of these things are even remotely true. Quantum computing is not the only way to improve computing performance. There are a variety of other approaches, including ASIC, FPGA and neuromorphic chips that will play a part. The apocalyptic visions of killing encryption aren’t worth taking seriously.

The truth is, in many ways, more exciting. Innovation is never a single event, but a process of discovery, engineering and transformation. Quantum computing is already deep into the engineering phase and the transformational impact will begin to take shape in the next 5-10 years. On a recent trip to IBM Research, I got a much better sense of what that will look like.

We tend to first notice a new technology when someone like Steve Jobs or Elon Musk announces it on stage, but the truth is that the next big thing always starts out looking like nothing at all. It begins with scientists coming up with strange theories that few understand and then progresses with other scientists devising arcane experiments to test those theories.

Quantum Computing has been no different. The field really got its start with a talk by Nobel prizewinning physicist Richard Feynman in 1981 about simulating physics on a computer. He concluded that you can’t truly simulate the physical world with a digital computer, but you could with a quantum computer. Feynman’s prominence drew intense interest to the field.

However, to a large extent, Feynman’s idea was useless. It stimulated countless theoretical ideas, but since you couldn’t really do anything with those ideas there was no practical impact. That began to change in 1993, when scientists at IBM carried out the quantum teleportation experiment, which showed that you could send information using quantum principles.

By the late 1990s, the first rudimentary quantum computers were being built. These were also mostly useless, because your couldn’t really do anything with them, either. They were little more than proofs of the concepts that the theorists had been working on. However, they paved the way for something much bigger.

Today, quantum computing has long past the theoretical stage and is deep into the process of solving the engineering challenges. In a room at IBM Research that formerly housed classical supercomputing machines, I saw several of the supercooled tanks that now contain quantum computing chips. These aren’t science experiments, but working machines.

It’s not just IBM either. In 2010, D-Wave launched the first commercial version of its quantum computer, based on a scaled down approach called quantum annealing. Google also has a very advanced program and Microsoft and Intel are making serious investments in quantum technology. Some well funded startups, such as Rigetti, have also entered the fray.

The transformation goes beyond hardware too. Software is progressing as well. IBM has created QISkit, a set of quantum computing resources roughly similar in concept to Google’s TensorFlow library of machine learning tools. Rigetti has released Forest, a similar tool set and an ecosystem of companies, such as ID Quantique and QxBranch, has also arisen to leverage quantum related technologies.

In 2016, IBM launched its Q Experience initiative, which allows anyone who wants to work on its quantum computer through the cloud. To date, more than 75,000 users, ranging from software developers and scientists to students and the merely curious, have taken the company up on its offer, conducting over 2 million experiments.

Make no mistake. The quantum era has already begun. However, much like digital computing back in the 1950s, we still don’t have a clear idea of where it will take us.

Computers, as fascinating as they can be, don’t really do much by themselves. They need applications to make an impact on the world. For that to happen, other industries have to adopt the technology and figure out how they can apply new capabilities to solve practical problems.

It was with that in mind that IBM created its Q Network, a group of organizations, ranging from auto manufacturers and financial institutions to Oak Ridge National Lab and research universities, to explore real-world uses for quantum computing. Here again though, there are significant challenges to be worked out.

To understand why, imagine materials scientists form Daimler, a member of Q network, trying to understand how to use quantum computing to develop advanced materials to make cars lighter, stronger and more efficient. The data that they can get from a quantum simulation far surpasses anything a classical digital computer can produce, but it is also very different, which means they can’t be sure what to do with it.

In the coming years, scientists will have to learn to ask new and different questions that only a quantum computer can provide answers for. Then, they will have to help engineers learn how to see how these new possibilities can help them design better products. Once that happens, we may see a truly incredible transformation.

That’s the real potential of quantum computers. It’s not just that they will be able to do calculations thousands – if not millions – of times faster than conventional machines, but that they will allows us to do things that we could never do before on any machine, like the physics simulations that Feynman described back in 1991.

A hundred years ago, in 1918, an executive at a major corporation would have little awareness that anything was afoot. Technologies like electricity and automobiles had been around for over 30 years, but had not yet had much economic impact yet. That changed in the 1920s and by the end of that decade roughly half of the components of the Dow Jones Industrial Average had been dropped from the list.

In a similar vein, digital computers were around for almost 40 years before things got really hot in the 80s and 90s. Transformation takes so long not just because it takes time to make the underlying technology more powerful, but because other industries need to learn how to apply new capabilities to create better products and services.

That’s why the current debate over quantum supremacy is largely misguided. You’re not going to be buying a quantum computer at an Apple Store anytime soon –maybe even in your lifetime– and accessing one in the cloud will take significant training for the foreseeable future. So whether quantum computers can do traditional calculations faster than digital machines is of little practical value.

What is relevant – and incredibly exciting – is that over the next 5-10 years quantum computers are likely to allow us to solve problems that we never could before. We are entering a new era of innovation in which many old metrics will not apply. Those that win in this new age will not be the ones who can do old things faster, but those who can imagine new possibilities. 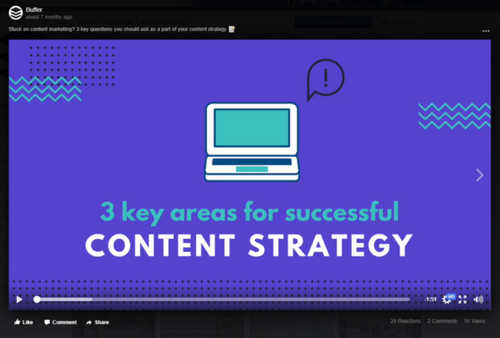 5 Things Every Young Person Should Do to Attract a Mentor 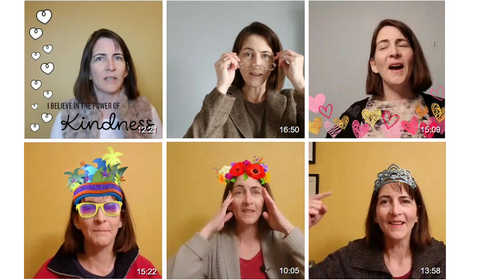