Dr Sebastian Rees and Dr Troye Wallett set up their GenWise Health digital platform in 2014. It makes going on the road far more affordable for GPs, saving them the headaches and expense of back-office administration and office overheads.

The GenWise Health digital platform makes it simpler and cheaper for GPs to include home visits as a regular service.

It’s a problem doctors have struggled with for decades: trying to run a practice while also getting out to do home visits for patients who desperately need it. Home visits take time and mean GPs can’t see as many patients, but a mobile clinic digital platform created by two Adelaide-based doctors makes the process much easier.

Rees says GP mobility has become an imperative in Australia because of the rapidly growing number of older people in aged-care facilities and living at home. In 2015, there were 275,000 older people living in residential facilities, and another 900,000 receiving home-care services, according to data from the Productivity Commission.

Yet, despite a growing need for home visits, Rees says it has never been sustainable to do extensive patient work outside the surgery, all the while running a bricks-and-mortar clinic.

“Doctors had to see their patients outside a clinic during lunch time, or on an evening break or before normal working hours. They’d write paper notes, go back to the surgeries, and do all the back-office work at their surgery. There were big inefficiencies in terms of medical documentation, in use of GPs’ time and related to the complicated Medicare process.

«The system did not lend itself to visiting. Visiting has never been worthwhile work.”

Doctors can now log on to the GenWise system at any time. The platform processes electronic health records, pays the doctors, and lets GPs talk to each other and post important items.

GenWise Health has three back-end teams doing the work – the first processes all the paperwork, including all the consultation billing items which are sent on to Medicare. There is also a payroll team that pays GPs every week, and a data team that manages incoming data and keeps it secure. 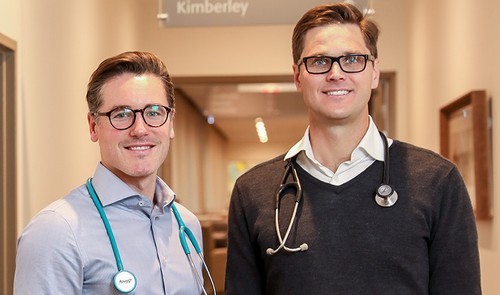 Rees says there never has been a medical workforce that specifically targets residential aged care, people in their homes or in care facilities. He hopes that the freedom to use the platform will change this, making aged care – or simply any visits outside the surgery, far more simple, speedy and less costly.

“The new platform makes seeing a patient in the clinic or at home cost-neutral, allowing far more doctors to literally get out and see the aged – who arguably need them more than anyone else,” says Rees.

He says currently 35 per cent of a doctor’s billings go to things such as rent for a clinic, power bills, and staffing costs. The GenWise platform charges 20 per cent of billable earnings; that 15 per cent makes all the difference, he says.

Wallett and Rees funded the GenWise build themselves, and road-tested it for a year before they began to market it to other GPs.

As plenty of people still want to see a doctor in a clinic, the platform can also be used by surgery-bound doctors. GenWise has its own clinics in Darwin and Adelaide, and GenWise “branded” doctors are running two refuges in Adelaide.

“The new platform … allows far more doctors to literally get out and see the aged – who arguably need them more than anyone else.”

Treating the elderly was the initial reason for setting up the GenWise system, but the platform is evolving. It can be deployed for homeless people, disadvantaged families and for women’s shelters.

It also allows all users to talk to each other – swap notes, compare experiences and pass on medical advice. Rees says that three years since its launch, it has become almost an online medical forum. “For many of the members we have, the forum element is already the biggest benefit,” he says.

About 40 doctors Australia-wide use the platform on a weekly basis and around 400 doctors have used it since 2014. Rees hopes there will be at least 100 doctors regularly using the platform by late 2018.

“We don’t expect 10,000 doctors to be using us full-time and stopping surgery work – that would wreck the health system,” says Rees. However, GenWise could be a way forward, allowing doctors and other health professionals to take their services to where people really need them.

ONE PIECE OF ADVICE

“From a business perspective, we did it the best way possible – we were our first customers. If we could make it work for us, then we knew it was workable for everyone else.” 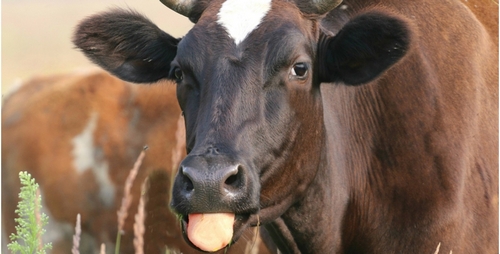 How to open a cattle breeding business? 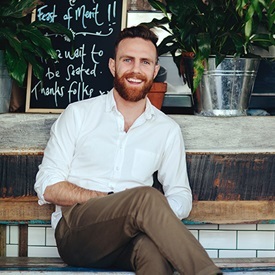