Tesla has been in a bit of hot water of late. The company is missing its production goals pretty consistently, and on Monday it revealed it would be halting manufacturing of the Model 3 for several days to make improvements to its assembly line. The company made just over 2,000 Model 3s in the first quarter, missing its goal of 2,500 units.

It’s kind of ironic, then, that Elon Musk is giving productivity advice right now, but here we are. In an email to Tesla employees acquired by electric car blog Elektrek on Tuesday, Musk offered his blueprint for achieving the company’s new internal goal: 6,000 cars per week by the end of June.

Here is the route Musk plans on taking to get there.

Musk adjusted the internal target to 6,000 units even though its official goal is 5,000 units. This way, the company will be able to hit its actual goal even if it falls short of its ambitious one. “We cannot have a number with no margin for error,” he writes. “Actual production will move as fast as the least lucky and least well-executed part of the entire Tesla production/supply chain system.”

Musk isn’t letting anyone off the hook for hitting the target–nor is he accepting excuses without a plan for addressing them. “Any Tesla department or supplier that is unable to do this,” he writes, “will need to have a very good explanation why not, along with a plan for fixing the problem and present that to me directly.” He also asks for line-by-line explanations of expenditures that will total more than $1 million in the next 12 months. “If you are the manager responsible,” he writes, “please make sure you have a detailed, first principles understanding of the supplier quote, including every line item of parts & labor, before we meet.”

3. Cut down on excessive meetings.

Musk has been long known to believe that a person should only be in meeting if his or her attendance is absolutely necessary. He doubled down on that notion on Tuesday, asking staff to cancel all large meetings unless they’re providing value to the entire audience. “Walk out of a meeting or drop off a call as soon as it is obvious you aren’t adding value,” he says. “It is not rude to leave, it is rude to make someone stay and waste their time.”

Musk writes that communication shouldn’t have to travel through many different people in order to reach its recipient. He encourages a free flow from bottom to top and in between departments. “Communication should travel via the shortest path necessary to get the job done, not through the ‘chain of command,’” he says. “Any manager who attempts to enforce chain of command communication will soon find themselves working elsewhere.”

Musk tells employees not to use acronyms or “nonsense words” for the company’s various software, systems, or processes. “In general, anything that requires an explanation inhibits communication,” he says. “We don’t want people to have to memorize a glossary just to function at Tesla.”

Musk writes that the Model 3’s design tolerances, which refers to the variations in gaps and panels from one vehicle to another, will soon be the best of any vehicle in the world. “This is not enough,” he writes. “Our car needs to be designed and built with such accuracy and precision that, if an owner measures dimensions, panel gaps and flushness, and their measurements don’t match the Model 3 specs, it just means that their measuring tape is wrong.”

7. Tell people: If you can’t, we’ll find someone who can.

Musk says he wants the Model 3’s parts to be built 10 times more precisely than any other vehicle on the market. Then he hits his recipients with a blunt dose of reality. “I understand that this will be considered an unreasonable request by some,” he says. “That’s ok, there are lots of other car companies with much lower standards. They just can’t work with Tesla.”

At IBM, I Got A Glimpse Of What Our Quantum Future Will Look Like 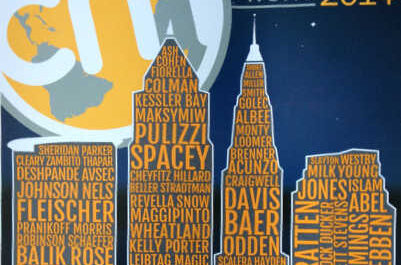