Christmas is not an official holiday in Japan, nor a widely observed religious holiday, but it is celebrated nonetheless in its own unique way. Here’s some data that highlights Christmas in Japan.

In much of the Western world, Christmas is primarily a family affair. In Japan, many people see Christmas as an opportunity to spend time with a spouse or partner.

Only 7.0% saw Christmas as a day to spend with their parents. 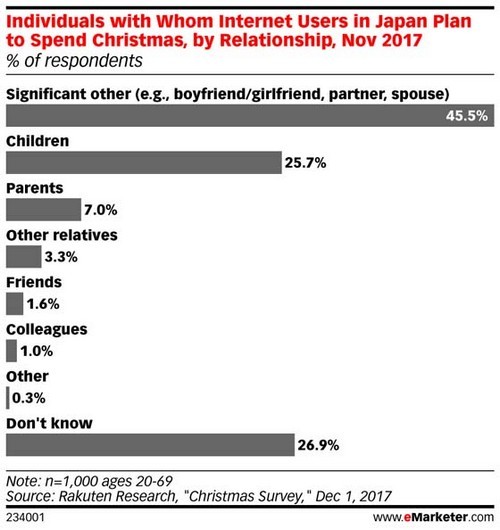 The same survey found that the expectation of gifts is hardly universal.

More than one-third said they didn’t particularly want a gift for Christmas. (People in their 20s were more likely to want something, though.)

For those who did have a wish, “dining out” was the most common choice, selected by 8.7% of respondents.

No. 3: The Guys Are Picking Up the (Larger) Tab

According to Rakuten, spending on gifts averages about $83. Men on average spend considerably more than women-about $96 vs. $71.

But that spending pales beside American gift budgets. According to the National Retail Federation, US consumers expect to spend more than $578 apiece on gifts this year.

No. 4: You Probably Wouldn’t Be Surprised by Kids’ Wish Lists

Parents’ shopping lists for their kids weren’t all that different, except that the lists included educational toys (10.8%). Other than that, the items parents expected to buy were right in line with the things kids were hoping for.

No. 5: Parents Are Buying More

Kids should be pleased by the Christmas spending trends, Bandai found. According to its survey, parents have increased budgets for kids’ presents to about $65, higher than in previous years.

The evolution of brand storytelling: How Johnson & Johnson finds stories that connect 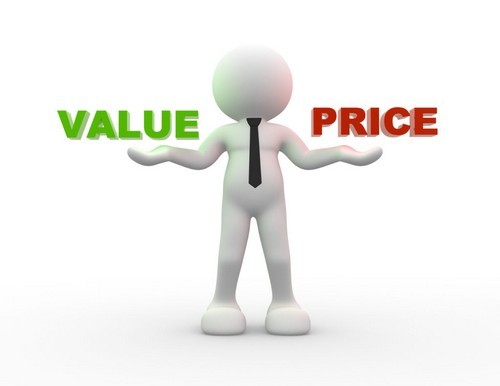 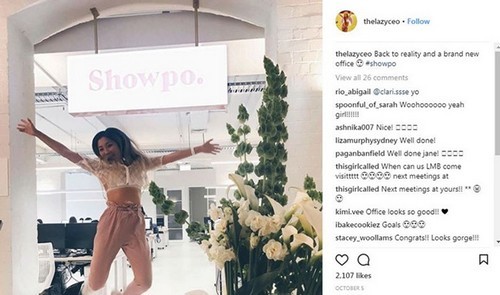