Industry 4.0 solutions provider relayr received an investment of roundabout US$30m to further expand across the vertical industries the company serves and grow its industry-specific IoT solutions. Yet, the investment and other evolutions at relayr stretches further than technologies and Industrial IoT platforms. 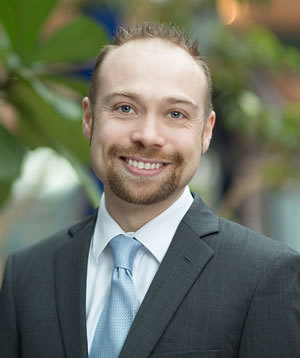 The new investors are B37, Purple Arch and DTCP. The latter, short for Deutsche Telekom Capital Partners, certainly also has a major strategic goal with the investment. The IoT connectivity platform of Deutsche Telekom and the solutions of relayr are complementary and enable both to come with an end-to-end solution for medium-sized organizations in the scope of their digital transformation. Moreover, with the additional services offered by both they can focus on overall digital transformation of medium-sized companies.

With the investment relayr wants to expand its core activities and grow in areas such as AI-driven Industry 4.0 connectivity, the company states. Relayr offers a protocol-agnostic IoT middleware platform, device management and data analytics capabilities on a product and solution level. They come with a pay-per-use and as-a-service business approach with interoperability being key.

Digital transformation, financing alternatives and reinsurance for projects with a focus on AI and end-to-end Industry 4.0 use cases

Deutsche Telekom wants to support relayr in offering sustainable, system-agnostic industry 4.0 connectivity that serves as a strong and flexible foundation for innovative business models, especially for SMEs, the announcement of the investment states. 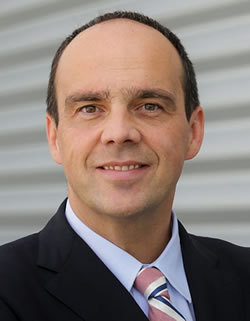 The investment in other words is about more than the technological and pure expansion roadmap of relayr. By way of an example, relayr will also focus on business aspects of digital transformation projects, specifically financing and insurance in the scope of digital transformation projects whereby forms of innovative financing alternatives and reinsurance with partners are on the agenda. The rationale according to the relayr investment announcement: when converting from CapEx to OpEx-based business models, new issues of liquidity and risk arise – and with the mentioned approach these can be tackled by the company within a project.

On top of the mentioned middleware, edge device management and analytics products, which enable to generate a uniform data stream from the edge where the endpoints sit (in this industrial context machines, motors and plants) and the data is generated and next gets integrated via the middleware into a proprietary data management system to enrich the data, relayr offers several solutions.

Artificial intelligence is key in the company’s offering and specifically in relayr Analytics, where real-time, self-learning AI at scale delivers actionable insights.

These are tied to the mentioned use cases such as anomaly detection and predictive maintenance and the various processes and applications in the smart manufacturing, smart products (with possibilities for data monetization) and smart transportation solutions. Among the additional applications and use cases suppported in this scope is among others product behavior simulation, a.k.a. digital twins or digital twin simulation.

Last but not least, relayr also offers services to its industrial customers (hundreds across the globe according to the announcement). These consist of professional services and retrofit solutions. The relayr middleware is available as a subscription-based SaaS platform, on-premises or in a hybrid model where it’s integrated with 3rd party clouds such as Microsoft Azure, GE’s Predix and more.

Relayr: a solid strategy for a fast growing company that pays off

We mentioned relayr and its CEO Josef Brunner before in the context of the IoT platform market and the IoT book Digitize or Die by Nicolas Windpassinger. 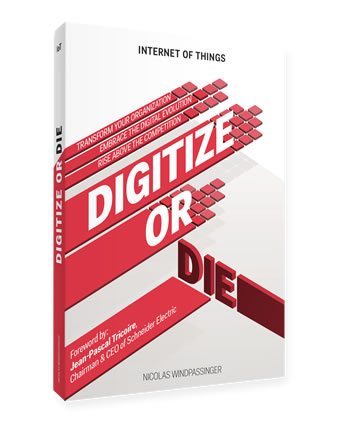 In his Digitize or Die book, Windpassinger quotes Brunner on IoT platforms and the market. During an interview in the Summer of 2016 Josef Brunner, told Windpassinger that the big challenge for relayr was that IoT platforms are not about technologies but about use cases and end user benefits. Josef Brunner considered that what is important is the integration of both ends of the downstream (the physical layer) and the upstream (the end user level) to deliver end use value.

For Brunner, who is a serial entrepreneur and previously, among others, sold one of his companies to Azlan (now Tech Data) and another one (JouleX, which he co-founded) to Cisco before becoming CEO of relayr in 2015 which he supported with his AFT Ventures from the start, IoT transformation is about people and not technology, Windpassinger writes.

According to Windpassinger’s IoT book, Brunner recalled a meeting where an investor of the start-up said that IoT has nothing to do with technology and that the company could solve every technology problem if needed, but that the essence was about taking a business decision with an approach of change and digital transformation and then about all the rest. IoT digital transformation also takes center stage in the book as you can read in this post on IoT Digital Transformation & Financial Performance by Windpassinger.

‘95% of new products will contain #IoT from 2018 onwards’ – get a head start and digitize with @relayr_iot at Booth 908! pic.twitter.com/lnlgPKbYv0

This focus on the business side and the digital transformation aspect (which comes back in the announcement of the investment as you could read), along with a clear focus on interoperability (which is also reflected in the Any-to-Any nature of the relayr Industrial IoT middleware platform: device data flows between any service, any sensor, any software, or any hardware).and ‘openness’ (relayr is one of the co-founders of the Linux Foundation’s EdgeX Foundry open source IoT edge computing framework project), and its full-spectrum approach (technology, service, insurance and financing), to name a few, clearly pay off.

With investors such as Munich Venture Partners, KPCB, Munich RE and HSB Engineering Insurance the company grew very fast (details about the previous financing rounds at the bottom). Relayr already worked with partners such as Series A round investor Cisco, BearingPoint, A.T. Kearney and SAP in its early days.

End 2016 Relayr acquired San-Diego based device management company Proximetry (whereby it later was in the San Diego smart city project with, among others GE), early 2017 it acquired AI data security company Neokami and in the Summer of 2017 relayr was named ‘Hottest Internet of Things Startup’ by TechCrunch at The Europas Startup Conference and Awards.

Relayr also has a partnership with sensor industry powerhouse IFM and so far also had a go-to-market approach that includes the channel (Tech Data’s Technology Solutions business – previously part of Avnet as mentioned – offers the middleware platform to EMEA channel partners).

The investment of roughly 30 million US dollars reflects a clear trend in the venture capital landscape: investments far removed from the hype and growth bubbles (Relayr announcement)

Employing 200 people across 4 countries and 7 cities, relayr clearly is one of the overall IoT platform start-ups that has a clear strategy to differentiate itself in an overcrowded market and is well-known by the major companies.

According to a March 2018 article in AutomationWorld, investor Cisco called upon relayr for the IP-based aspects of its openBerlin Innovation Center project.

Some final words on the investment. As relayr CEO Josef Brunner puts it in the announcement of the investment by B37, Purple Arch and Deutsche Telekom Capital Partner, the investment will allow the company to grow substantially and further solidify its profile globally. Brunner: “Because we enter into long-term partnerships with our customers, robust methods play a key role in accompanying them on their journey into modern ‘pay-per-use’ and ‘as-a-service’ business models that combine technology, service, insurance and financing.”

The relayr history and previous investors: from Wunderbar and OpenSensor Cloud to industrial IoT insurance and anything-to-anything IIoT platform

Relayr was founded in 2013 and initially was mainly known for its Wunderbar IoT hardware developer kit which was meant for developers with no hardware skills so they could rapidly deploy applications.

It looked like a bar of chocolate with seven pieces (Wunderbar is not just a German word but also a commonly used term for a popular chocolate bar, for us it always brings up a on old punk song with the same name). However, the focus of the company was on its cloud platform, known for a while as OpenSensor Cloud and aiming to be hardware-agnostic, now still at the essence of its solutions.

The company started with funding from some business angels, launched a crowdfunding campaign, raised $2.3 million in a 2014 seed round with Josef Brunner and Tom Noonan (who was CEO at the previously mentioned JouleX which Brunner co-founded and whereby Noonan became GM of the EnergyWise Suite business unit as JouleX was called after the Cisco acquisition, until 2015), raised $11.25 million in a Series A round in 2015 (with again Noonan and Brunner, joined by Cisco, MVP and Kleiner, Perkins, Caufield and Byers, a.k.a. KPCB) and, finally raised a $23M Series B in 2016 with HSB (part of Munich Re), whereby Munich Re/HSB Ventures led the financing round which further included KPCB, Munich Venture Partners.

The latter financing round was also strategic in another sense: HSB, which had become a relayr customer, wanted to “craft customized insurance products to provide financial confidence for relayr’s customers making IoT investments” as the press release stated. 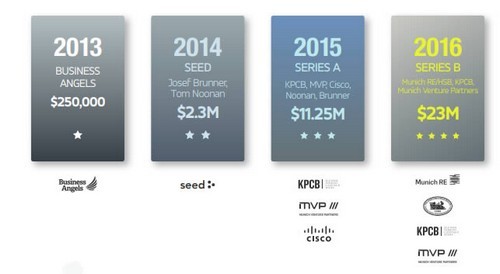 The strategic ecosystem approach appealed not just to HSB but also to its first industrial customers. As Schindler Chief Digital Officer Michael Nilles put it in the 2016 Series B announcement: “As a customer of relayr from the early days, I am very pleased with their strategic eco-system development. The new partnerships will allow relayr to further expand their business scope from technology towards comprehensive IoT based business model offerings for the benefit of existing and new customers.”

As you could read the insurance element and the hardware- and anything-agnostic cloud sensor and device management vision still live on in the company’s strategy as does the open ecosystem and digital transformation approach with the known results.

More about the 2017 relayr investment by Deutsche Telekom here.

All images belong to their respective owners.

Business plan for a bookshop 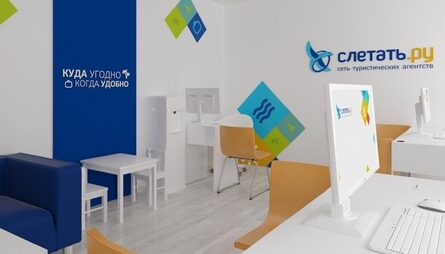 The rise of marketing attribution and the benefits for marketers