We caught up with the founder and CEO of KOMPAS, Tom Charman, to discuss how his company is using AI to improve how we explore and experience our cities.

One of the most powerful uses of AI lies in its ability to uncover new insights, revealing to us what was previously invisible.

Amidst the 2.5 quintillion bytes of data we create every single day, there are plenty of these insights waiting to be uncovered.

Machine learning algorithms are central to this approach, as they can identify patterns in data to understand people’s behaviors and preferences. Moreover, they incorporate feedback to increase their accuracy over time as more data becomes available.

This makes them particularly useful for modern marketing strategies, as this new knowledge can then be used to tailor products and services to individual users.

These underpinnings have led to the digital disruption of many industries, including travel, retail, and health. However, there are plenty of other potential applications for machine learning to uncover new information and create better experiences.

For example, this technology can also help us to discover new corners of our local environments, by identifying the restaurants, stores, and bars we would like but are not yet aware of.

We interviewed the founder and CEO of KOMPAS, Tom Charman, to find out more about how his company is using AI to improve how we explore and experience our cities.

What led you to start KOMPAS?

KOMPAS was born out of a problem that my co-founder Olivia and I had while living in Munich, Germany. We struggled to find out about everything that was available in the city, and more importantly, nothing was based on our own interests. We were never going to be able to visit the hundreds if not thousands of venues, bars, restaurants and places of interest, especially as we wanted to visit the hidden, and more unique locations.

After building a blog which gained an online following of over 20,000 in a matter of months, we realized that we weren’t the only ones in the city facing the same problem, and knew that the ecosystem of city exploration was a space that was, and still is, ripe for disruption. We believe that personalization and unique curation is the right combination, creating a truly disruptive model.

How has the company’s technology developed over time?

We started with a basic website, that outlined everything that was available and ‘hidden’ in the city, but quickly realized that this was adding to the noise, so moved towards taking the user location into account, to allow us to make sure that served content would be based on location.

This meant developing a mobile application, and we’ve used React (Facebook’s creation) to allow us to do that. That said, location wasn’t the only thing that we needed to take into account, which is why we’ve integrated social graph data and other processes, which allow us to build a strong understanding of each user.

From there, we’ve been building algorithms that allow us to analyze the data, and we’re using this data to train the algorithms to make decisions based on patterns and changes in user behavior (machine learning).

Our goal is to combine innovative cross-platform frameworks like React (using JavaScript), with Python and tools such as TensorFlow to build a multi-platform, artificially intelligent mobile application that’s constantly adapting to each user, based on the individual preferences of each person. We’ve started with places, but have every intention to disrupt the events industry in the near future.

What has the public reception to the product been like so far?

Being entirely honest, we’ve had mixed reviews to date. Some people are scared of the technology, some people don’t understand how it works, and some people love what we’re doing and want to be as involved as possible throughout the process. As the product has developed, we’ve seen more and more people coming to the platform, and as a result, we’ve been growing at 40% month on month, and have seen a retention improvement of over 200% in the last 6 months.

Not only that, but we’ve had hundreds of people vote for us to launch in their city next, and to date, 82 cities have been voted for. Naturally, the more votes we get for a particular city, the more likely we are to allocate time and resources there.

How do you avoid sending people to the same kinds of places over and over?

Naturally, as the technology understands you and what you like to do, there’s a good chance that we’re going to recommend you the same place every so often. For example, as a burger-lover myself, I’m always going to have a ‘favourite’ and we’re training our algorithm to recognize that.

That said, we’re constantly testing your reaction to suggestions and making sure that we don’t pigeon hole you into the same places by implementing feedback loops into the app itself, so that we can understand what you do and don’t like. As a result. we’re not going to keep sending you to the same places over and over again. 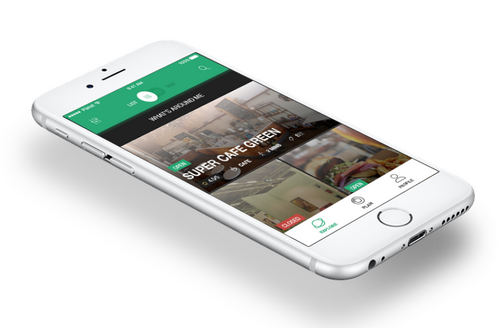 Have there been any significant technical obstacles to overcome?

The technology is new, which has meant that we’ve hit a few roadblocks along the way. When building any technical product, you’re going to have to find workarounds, but in our case, we’re trying to train an algorithm to become your personal assistant, and making it think like a human is no mean feat. All that being said, I’m confident that we’ll continue to make our way around the roadblocks.

How does the app bring in revenue?

To date, our revenue has been generated by our corporate partners, and this looks at white labeling solutions and providing a seamless travel experience to their customers. That said, as the business has progressed, we’ve developed to look at working with an underserved market; the businesses on the application. 99% of worldwide businesses are SME’s, and for those with a physical presence, one of the big problems they face is getting the right customer through the door.

We’re using our technology to make sure that they target the right customer, and we’re helping them do it. Pilots have already led to a 20% increase in table covers for the restaurants that we’re working with, and we’re now scaling this revenue model, alongside aﬃliate marketing.

Naturally, in the longer term, we’re looking at leveraging our data to build reports, and understand consumers in the physical realm, and we’re intending on building out an API, which will allow businesses worldwide to benefit from the services that we’re currently oﬀering.

Do you have any reservations about the increasing role of AI in everyday life?

I can’t say I do, but that’s only the case to a certain point. I think one of my concerns, is that we’re seeing people spend more and more time online, and using it as an escape from reality. I think that’s an unhealthy habit to have, which is why we need to make sure that the role of AI in everyday life is an enabler to improve reality, as opposed to driving more people into the virtual world.

My other concern does lie around the re-training of people, as we see automation through AI playing an increasing role on business. As a result, I think there’s probably going to be a limited life-expectancy for manual labor work, so we, as a society need to understand how that’s going to work, and how we make sure that we don’t see a widening gap. Creativity and the arts, as well as science, will become increasingly important, as we’re yet to build a functioning ‘artistic’ AI.

How would you define the company’s long-term objectives?

Our long-term objectives, are to become a world-leading A.I. business, focusing on geo-location and proximity data as a means for growth. We want to make sure that users can really find out what’s available around them based on their interests, and we want to make sure that smaller businesses have a means of reaching customers worldwide.

If we could reduce the number of businesses failing by 1% worldwide, that would have a huge impact on GDP, and more importantly, it would have a huge impact on the number of independent business owners that have put their life and soul into running their businesses. I don’t want to see the loss of any more family-owned businesses, nor the culture and history that’s lost with them. Once we’ve done that, we’ll look at how we can disrupt other industries.

Which city would you most like to launch the product in?

It may come as no surprise, but we’d like to launch in New York, and it’s actually the second most voted for city to date from our users. With a city like New York, it’s easy to have a ‘typical’ experience either as a local or a traveler, but there are so many hidden gems on the doorstep, it’s just a case of finding them. Cities with hidden back streets that are difficult to navigate will always be the ones where we believe KOMPAS will have the most impact.

Connect the Dots of the Digital Divide 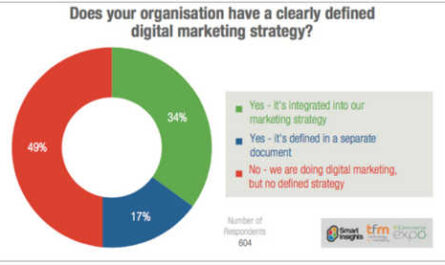 How Content Marketing Can Save Your Digital Marketing Strategy