Have you read The Four Hour Work Week?

It was a massive bestseller for years, and has been translated into more than 40 languages. However, I was surprised to realize that more than a decade after its publication, it still has the distinction of being the most-highlighted book on Amazon, at least as of last year.

If I had to summarize, the book is equal parts self-help, entrepreneurship, and author Tim Ferriss’s phrase: “lifestyle design.”

Ferriss’s book begat another book, and another, and now a super-popular podcast. Recently, he devoted an episode to The Four Hour Work Week. It’s worth listening to in full, if you’re interested in the book. Here are three key takeaways about why it was successful–and why so many people are still highlighting it on Kindle.

Ferriss said it took him three tries to find the style and tone that would work.

Attempt #1 was the “trying to sound smart” effort. Ferriss said it was a mash of “three-syllable words where a one-syllable word would suffice, and it was awful.”

Attempt #2: Try to be funny. It wasn’t. “It was equally bad just for different reasons,” he said.

Finally, attempt #3: He wrote the chapters as if he was writing an email to a friend–actually two friends, in particular. One was a successful entrepreneur who felt trapped within the company he’d built, and the other was an investment banker who was burned out and felt like he couldn’t quit. This third attempt worked.

“That’s my best guess,” for why it’s so-often highlighted, “he said. “It’s very personally written and it’s also in the category of advice/how-to/nonfiction, which is prone to receiving more highlights to begin with,” he said.

2. It will probably never be updated again.

The book is 10 years old, and there are parts that cry out to be updated. As an example, there’s a lot of advice about A/B testing, but barely a word about social media–which was a lot less powerful in 2007.

First, he did update it once, in 2009, but doing so now would be “a fool’s errand because as soon as I update the tech and the tools, it will be outdated. Six months later, it would need to be completely rewritten again in most cases.”

Second, however, for many creative people, when you look back at things you’ve done years later, you can’t help but be super critical of your own work. You don’t necessarily want to revisit the younger version of yourself, and try to correct all the little things that you now realize you could have done better.

But at the same time, you recognize that there things about your inadequacy back then (whenever that was) that actually made it work. You can appreciate it, even if you don’t want to relive it.

“There are parts of it that make me cringe a little bit,” he said in the podcast, but also added, “there’s certain magic or alchemy in that book that made it click and still makes it click 10 years later that I don’t want to fuck with. I’m really afraid that if I go in there and start tinkering, that I’m going to step on the butterfly.”

3. But if Tim were to update it, here’s what he’d expand.

Not quite a decade ago, when I wrote my first book about entrepreneurship, I added a section at the end that I at first thought was the least important: the part about life goals, balance, harmony, and contentment. I realized while writing it that’s it’s actually far more important than any other part of the book.

Ferriss basically had the same experience, and said he thinks a lot of readers do, too. They ignore the part about how to prepare to live without having to stress about money–and then when they’re fortunate enough to actually achieve that goal, they don’t know what to do with themselves.

“There is a section or chapter called ‘Filling the Void,’” Ferriss said, “and it’s a really, really, really important chapter that most people don’t pay much attention to. “I think I would expand that and make it clearer that that is mandatory.” 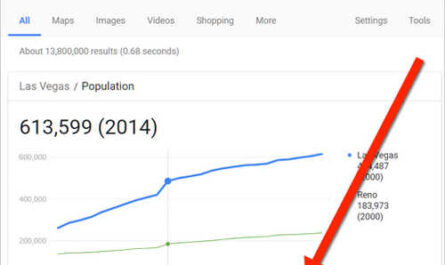 Google’s Featured Snippets FAQ: How to Get More Traffic From Search Engines

Excel yourself: Help your eyes with highlighting