Truly, I hoped I could get through a weekend without writing about United Airlines and dogs.

But, that’s too much to ask, apparently, as a well-known television star claims that United flight crew were “making jokes about dogs in the overhead” during his flight Friday from New Orleans to Chicago.

For what it’s worth, Graham McTavish, who starred most recently in the Starz television series Outlander, also took issue with the service on his second flight of the day, from Chicago to Vancouver, during which he said the staff were “just plain rude.”

Sorry, but my journey with @united today was rubbish. crew on the NOLA/ Chicago leg making jokes about dogs in the overhead, and then plain rude on the delayed Chicago/Vancouver flight ” If you want lunch you’d better get that table out”. Just makes a bad experience worse guys.

But let’s focus on the part about flight crew joking about dogs in overhead bins.

But if true, you’d have to lack any semblance of emotional intelligence right now, to be a member of a United flight crew, especially working within earshot of the paying public, and to make jokes about dogs in an overhead bin.

It’s not enough, apparently, that a United flight attendant ordered a woman to place a pet carrier containing a 10-month-old puppy into an overhead bin–which resulted not only in the dog’s death, but in a whirlwind of horrible publicity for an airline that can hardly afford it.

It’s not enough, apparently, for the airline to accidentally ship a dog to Tokyo (and another dog to Kansas City), and then to have to reroute a plane full of paying passengers to Akron, of all places (no offense, Akron), after sending a third dog to the wrong destination, all in one week.

Add to that the news about how United was by far the industry leader in “most animal deaths aboard”–18, out of a total of 24 across the industry.

Wouldn’t you imagine there’d be a company-wide directive saying something like, by the way, don’t make jokes about this extraordinarily sensitive subject, especially in front of passengers?

Or maybe even that a sizable majority of employees might understand that, without even needing to be told? Apparently not.

Now, I’m not without empathy. I’m the first person to admit that I often say the wrong thing. I’ve got a penchant for black humor. I laugh hardest at my own jokes.

But I also know that sometimes, when you put your foot in your mouth, you’ve just got to accept the butt-kicking that follows.

Who’s going to accept the punishment here? Will CEO Oscar Munoz finally be moved to say something?

United issued a brief statement, according to People.com, saying it had “reached out to our customer to get the facts and will investigate with everyone involved.”

4 Steps to Pricing to Value 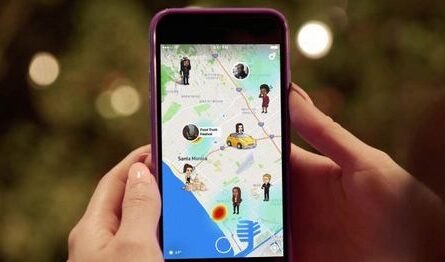 Stories, Filters, and Bots: What You Need to Know Now