The Olympics may have ended yesterday, but not for all the brands who have spent millions marketing their messages during the Games. In the spirit of competition, we looked back at this year’s Olympics marketing and crowned nine (one for each of Team USA’s gold medals) winners.

Olympics ads often center on athletes overcoming obstacles. It makes sense, being the Olympics and all, but it doesn’t always seem like a natural fit for the brand. What exactly does perseverance have to do with Toyota?

In its Olympics debut, Alibaba, the Games’ official cloud services provider and commerce platform, used similar messaging while tying it back to the brand. Alibaba’s “To the Greatness of Small” campaign promoted its support for small businesses, highlighting some of the Olympics’ scrappy underdogs. One particular stunning ad was all about the hockey team from Kenya, which, as you can imagine, isn’t a huge country for ice hockey.

Under Armour was a shoo-in for the last category, but we ultimately went with Alibaba because ecommerce wasn’t as natural a fit as sportswear. Still, Under Armour’s “Unlike Any” campaign illustrated perseverance beautifully with skier Lindsey Vonn’s story.

Vonn has fallen down many times in her athletic career, injuring her back as recently as December. But she never stopped competing, earning a bronze medal in PyeongChang, her fourth time at the Games.

Best use of technology: Intel

Wouldn’t it be great to attend the Olympics? That’s a rhetorical question since the Games are now over and financially unattainable for most people; Time estimated a trip to PyeongChang would cost nearly $4,700. But with virtual reality, the Olympics can come to you.

That’s exactly what Intel was getting it with the “Are you ready?” campaign. Intel’s True VR allowed people to experience the Games from home. VR technology is cool, but most brands still struggle with taking it beyond simply creating cool experiences. That’s not the case for Intel. It’s their technology, so they’re monetizing the cool experiences… and teaching consumers how to get started.

One standout Olympian is Japan’s Yuzuru Hanyu, the first figure skater to win gold medals in back-to-back Games since 1952. And his fans gave a massive (and free) product placement to Disney.

Hanyu considers Winnie the Pooh his lucky mascot and carries a stuffed bear to competitions whenever he can. He could not during the Olympics, as Disney isn’t a sponsor. But since Hanyu’s fans aren’t held to the same strict guidelines, they shower the skater with Winnie the Pooh toys when he finishes and social media loved it.

The Pooh Bears are flying for Yuzuru Hanyu. #WinterOlympics pic.twitter.com/FdCvGsXm80

Real-time TV analytics platform iSpot.tv has some crazy numbers to report. As of Friday, the Olympic Games have generated $1.2 billion from 262 different brands, generating 30.1 billion TV impressions. To put that figure into perspective, the Super Bowl generated 6 billion. The company measures everything to do with advertising, including attention, which they track based on how often the ads air versus interruptions, such as the channel changing.

No Olympics TV spot has caught people’s attention like Visa’s “Faster Is Better.” Using Visa’s Contactless Payments, gold medalist Chloe Kim dominates events such as “the shopping cart slalom” and “the line jump,” in addition to snowboarding. The ad has it all: an enormously popular athlete, a brand message that relates to the Games and humor. Oh, and Morgan Freeman.

Consumers expect brands to be socially conscious, so today’s marketing is just as much about demonstrating those values as selling products. Of all the Olympic sponsors, we think Procter & Gamble did the best job there, with “Love Over Bias.”

The campaign calls for consumers to be kind to one another and “imagine what the world could be if we all saw each other through a mom’s eyes.” While other ads focus on Olympians overcoming physical obstacles, P&G draws inspiration from them overcoming bias with the help of a mother’s love.

Rule 40 bars non-sponsored brands from using a laundry list of trademarked terms including “Olympics.” Planet Fitness creatively got around that by celebrating its own Olympians: the people who work out at Planet Fitness in Olympia, Washington.

Though the U.S. Olympic Committee was unsurprisingly unimpressed with that stunt, we appreciate the brand’s moxie. The video has since been removed and replaced with another one depicting a mock press conference explaining that situation.

When the Olympics catapults athletes into superstardom, it’s usually because of their sports. People like Michael Phelps and Simone Biles captivate the audience with superhuman feats of athleticism that make you wonder, “How are you even possible?”

We’re obviously not knocking Adam Rippon’s athletic prowess, but that’s not what made him one of PyeongChang’s breakout stars. As Team USA’s first openly gay athlete, he generated a lot of attention before the Games even started. He kept that attention, less because of skating than because of him. That personality landed him a correspondent offer from NBC in the middle of the competition and we predict a lot more offers from brands in the near future.

The REAL one for I did for TV says “my mom” but, like, I needed this one for myself because it was the first thing that actually popped in my head and I thought I was so funny. pic.twitter.com/aC5X7wQ7bY

Tinder reported a 348% increase in activity in PyeongChang during the Olympics. No athletes got swiped left more than the male bobsledders and female snowboarders. 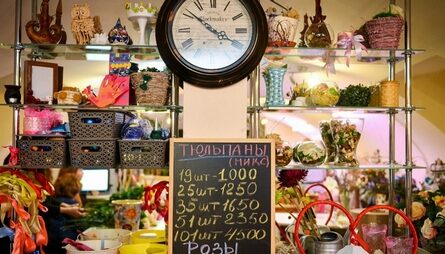 Business plan for a flower shop