Why are most people unhappy with their jobs? originally appeared on Quora – the place to gain and share knowledge, empowering people to learn from others and better understand the world.

There’s a new book out by Steven Pinker called Enlightenment Now. The book is a defense of the modern world, and an examination of all the areas in which humanity is making progress. He touches on everything, from breakthroughs in health and science to the gains we’ve made fighting poverty and infant mortality.

And yet, people are increasingly unhappy and pessimistic.

Why? Because human nature doesn’t let us relax for long. Once we’ve solved one problem, we become discontented with something else. Expectations rise. New, and often more difficult, problems are brought to the forefront of our consciousness.

A similar process goes on in many companies. Leadership thinks employees will magically become satisfied once the most pressing issues have been resolved. But the reality is, once you solve one problem, another inevitably rises. There’s never a point where expectations stop rising altogether.

So, don’t get frustrated as a leader. There’s actually a good chance that you should be patting yourself on the back.

Rising expectations are natural. Discontent is human. People will always find something that needs improving or an issue that bothers them.

It ties back to Maslow’s hierarchy of needs. Once your lower-order needs are fulfilled, you move on to higher-order needs. We don’t stop looking for problems to solve as things get better, we just shift our focus to new problems.

That’s why people living stable lives in developed nations aren’t necessarily “happy,” even though it seems like they should be. They’ve simply moved on to higher-order problems that are more difficult–perhaps impossible–to solve.

Similarly, employees will never be 100% satisfied. There will always be a certain amount of tension or dissatisfaction.

It’s important that companies don’t simply take the volume of complaints into account.

They should also be examining what people are complaining about.

In an unhealthy organization, you’ll hear complaints about the basic necessities. People don’t feel secure in their position. The job doesn’t pay a living wage. The work environment is unsafe.

But once those basic needs are satisfied, complaints won’t be eliminated. Instead, issues will arise that are much more difficult to satisfy.

These are needs that revolve around personal development, self-actualization, and the utilization of talents. These issues require a more nuanced approach. If someone doesn’t feel like their talents are being utilized properly, that’s not really going to be solved by a raise.

If you’re getting these types of higher-order complaints, it may actually speak to the quality of your organization. People want more out of their work. They’re in a healthy environment, but their expectations are still rising.

Your company must evolve to meet these ever-changing needs.

Employees’ basic needs are usually the easiest to resolve. The complaints are straightforward, and the solutions are fairly obvious. If everyone is complaining about working excruciatingly long hours, then maybe it’s time to hire a few more people.

But as those basic needs are taken care of, you have to be ready to face the new challenges that will arise. Remember, higher-order problems require more thoughtful solutions than lower-order problems.

For instance, it takes a very proactive approach to develop people and help them achieve their potential. Because in reality, most people aren’t as proactive as they think they are. People will say they want training and development, but if someone isn’t around to drive those things, they generally don’t happen.

The company has to evolve and grow to help employees meet these needs. Leadership has to be ready and willing to face rising expectations with thoughtful approaches.

But it’s also important for individuals to be self-aware of what type of problems they have.

I think most people would be wise to take a step back and examine whether the problems they have at work can truly be solved. Basic needs should be fought for, but some higher-level problems will never truly be solved–at any company.

Your manager may not be the visionary leader you dream of. Your work may not be as personally fulfilling as you’d always hoped. But are you sure you’ll find those things in a new job?

Everyone’s situation is different, but if your needs are related to self-actualization and development, then you’re probably in a pretty decent situation already. Your trajectory is pointing upwards.

It’s important to for both employees and leadership to think about the context of Pinker’s book. As expectations rise, people often feel discontent with a situation–even when a straightforward examination of the facts tells a different story.

To build a healthy organization, it’s essential that both management and individual employees recognize that truth.

This question originally appeared on Quora – the place to gain and share knowledge, empowering people to learn from others and better understand the world. You can follow Quora on Twitter, Facebook, and Google+. More questions: 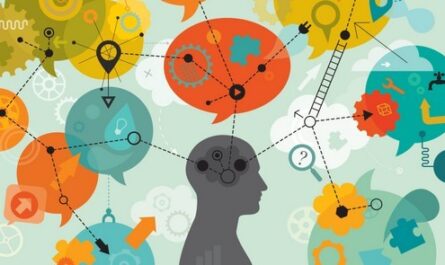 The power in Excel mapping 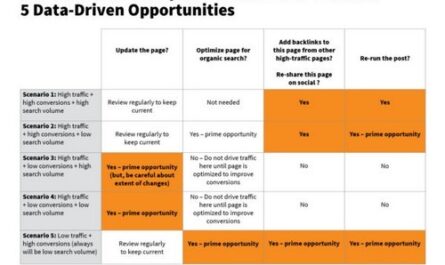